By Gerard Couzens In Spain For Mailonline

A grocer was killed after a one-ton piece of metal was flung nearly two miles by an explosion at a Spanish chemical plant and landed on him.

Sergio Millian, 59, died in Tarragona, 50 miles south of Barcelona, after the ceiling of his flat collapsed on top of him.

Investigators believe the collapse was caused when a piece of metal from the reactor chamber at a nearby chemical plant flew through the window of the apartment above his.

The weight of the metal then caused the ceiling to collapse, crushing him.

Sergio Millian, 59, died in his flat in Tarragona, south of Barcelona, on Tuesday night when a piece of metal from a nearby chemical plant explosion flew through his upstairs neighbour’s window and crushed him 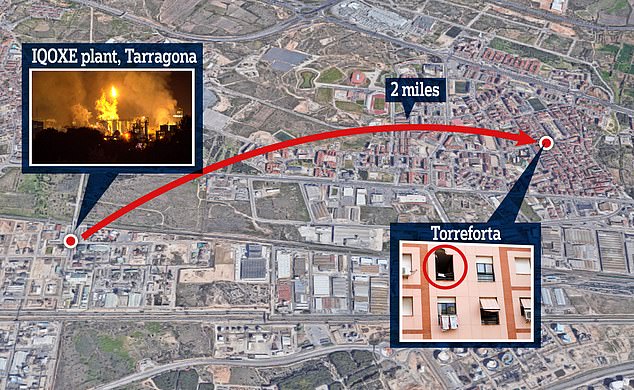 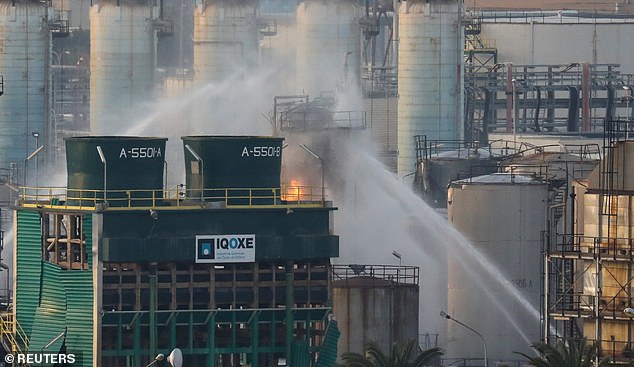 Investigators believe a one-ton piece of metal found in Mr Millian’s flat came from the reactor of the chemical plant, where the explosion originated 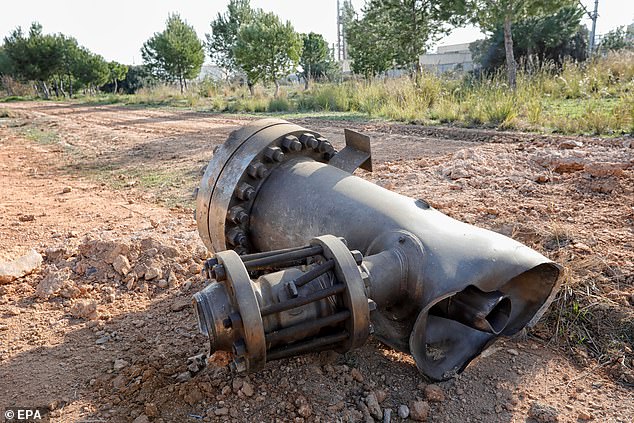 Mr Millian’s death brings the total from yesterday’s blast to two, after another casualty was reported at the flat itself.

Eight people were hurt, including two who suffered serious burns and have been admitted to Vall d’Hebron Hospital in Barcelona.

Investigators believe the explosion occurred in a reactor producing ethylene oxide, which is used in products including detergents.

It was initially thought that the force of the explosion had caused structural damage to Mr Millian’s flat, prompting the collapse.

But Tarragona mayor Pau Ricoma told Spanish media that experts have concluded the ‘most likely’ scenario is that he was crushed by the flying metal.

He lived with his wife just under two miles from the plant in an area on the outskirts of Tarragona called Torreforta. 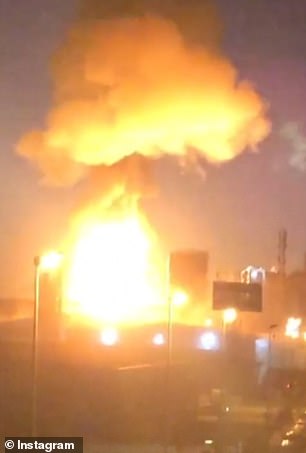 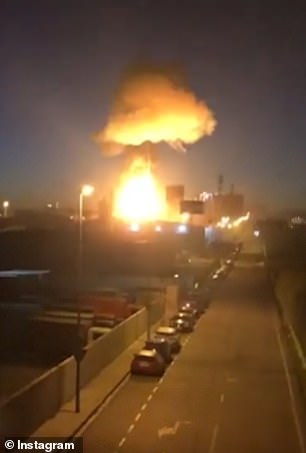 Flames and smoke rise into the sky after a fire, most likely as result of a chemical accident, breaks out at factory in Tarragona province of northeast Spain 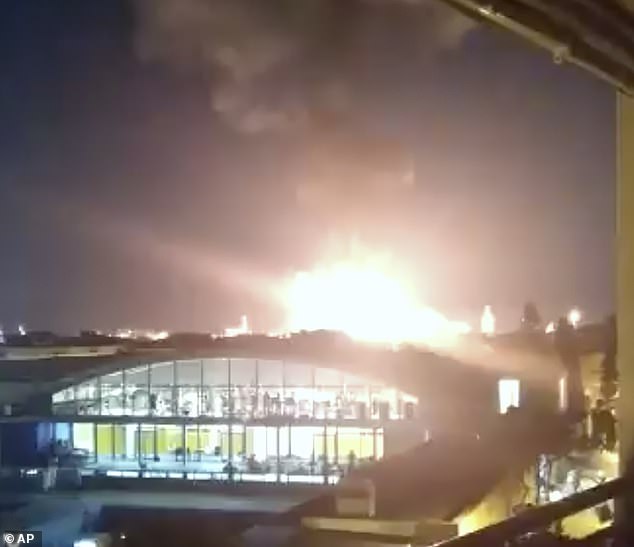 After the explosion, which broke just after 6.40pm today local residents were told to stay inside their homes and the train service near the plant has been suspended

The Tarragona mayor’s explanation of the tragedy coincided with the claims made by firefighter chief Albert Ventosa.

He confirmed initial inquiries pointed to the dead man being hit by a metal plate thrown clear of the explosion.

The Spanish government sub-delegation in Tarragona also confirmed that a body found inside the IQOXE plant was that of a missing worker.

A spokesman said in a tweet: ‘Our worst fears have been confirmed.

‘The missing person has been found dead. We deeply regret this loss of life and would like to transmit our condolences to the family and friends.’

Around 300,000 people living in the area were initially urged to remain inside their homes after the 6.40pm blast yesterday/on Tuesday. 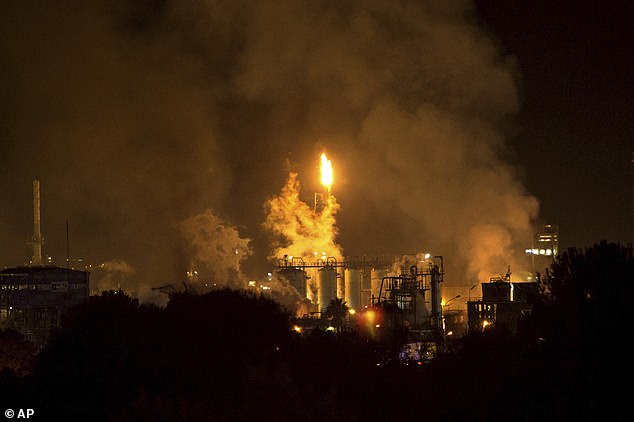 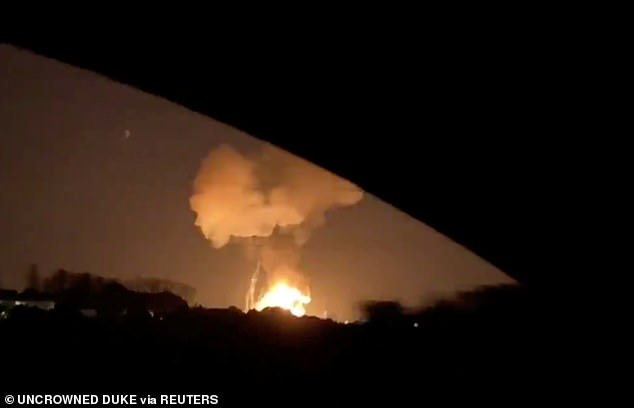 Large clouds of smoke rise into the the sky following a chemical explosion in Tarragona, Spain, at 6.40pm on January 14

The alert was lifted after firefighters confirmed the plume of smoke caused by the blasts and resulting fire was not toxic.

The fire was brought under control overnight.

Catalan president Quim Torra said on Tuesday night: ‘I would like to send my condolences to the family of the person who died as a result of this accident.

‘We would also like to send a message of tranquility to the population because no toxic agent has been detected in the air.’

A friend of Sergio’s said in a Facebook tribute: ‘Today is a sad day, knowing that neighbour and friend Sergio Millan will no longer walk his dog through the streets of our neighbourhood. Rest in peace.’