Groningen in the secret gem of the Netherlands

Where does a dad take his seven-year-old when she claims to be the only one of her friends to have never gone abroad?

So I take Kitty to the Netherlands, a country still associated in my imagination with wooden slip-on footwear, mice on staircases, canals and windmills. 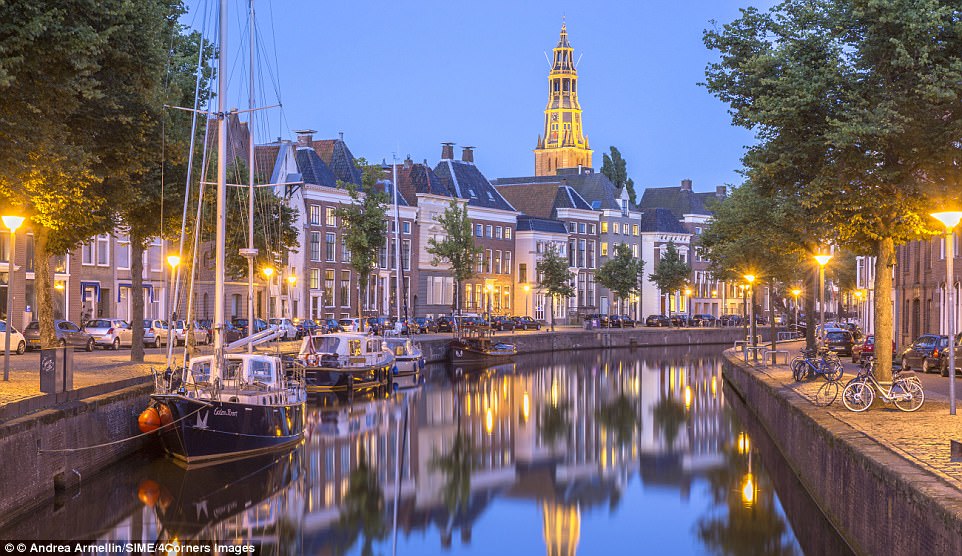 The Daily Mail’s Michael Hodges took his seven-year-old daughter Kitty on her first trip abroad to Groningen, a historic university city in the Netherlands. Pictured is the Noorderhaven canal at night

Not Amsterdam, but Groningen. Where? Well, it’s an historic university city in the country’s northern flatlands with a medieval food market — the Vismarkt — which specialises in herring, cheese and a huge variety of potatoes.

Groningen also has Europe’s premier comic museum, a fairytale tower to climb — the 15th-century Martinitoren — and, a clincher if you’re with a child who likes music, a twice-yearly music festival for the under-12s called My First Festival.

On our first night we go to the Riemer bookshop on Nieuwe Ebbingestraat, where there’s a tiny door that opens into a separate child-sized store for the smaller bibliophile. It’s alongside the Noorderhaven canal, part of the circular waterway around the ancient city centre.

Wherever a street crosses the canal, it must be lifted if there is a boat coming through. As there is lots of water traffic, to Kitty’s delight, we keep encountering vertical walls of road where bridges have been raised.

As well as floating restaurants, bars and houseboats, there is also a child-centred art gallery on the canal. The Groninger Museum is a brash jumble of shapes and angles that bursts from the water by the main railway station.

Built in 1994, it is the vision of designers and architects including Philippe Starck and Maarten Baas. The venerable city is very modern design-conscious — there is a public toilet by architect Rem Koolhaas at 22 Schuitemakersstraat. 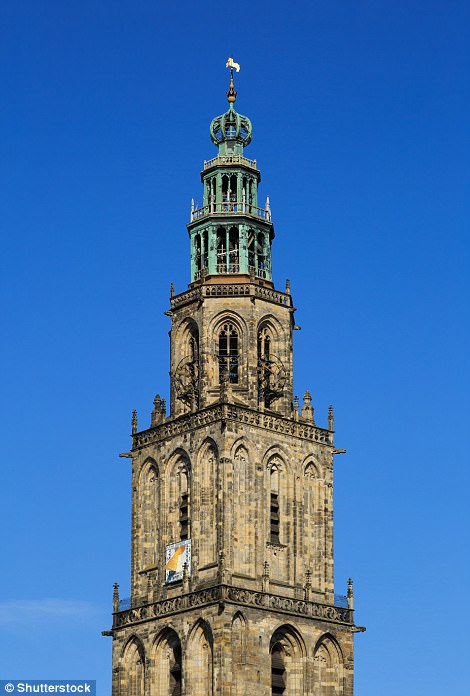 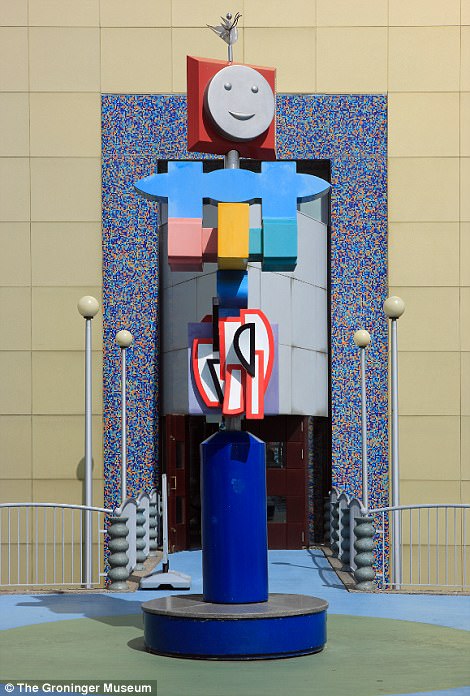 Baas now has a big show on at the museum (Hide & Seek, until September 24) and in it does the sorts of things children enjoy and fathers disapprove of, such as taking a Rennie Mackintosh chair and setting fire to it, then exhibiting the charred remains.

Baas creates manic fairground installations from mirrored glass and light bulbs, he traps people in grandfather clocks (clever use of computer animation, but I don’t mention that to Kitty) and makes furniture from melted plastic.

We find even more cartoonish fun at the Nederlands Stripmuseum, which sounds like it should be in Amsterdam, but is actually about comic strips.

Apart from the McDonald’s Museum in Des Plaines, Illinois, it’s the only museum in the world that you enter via a McDonald’s. 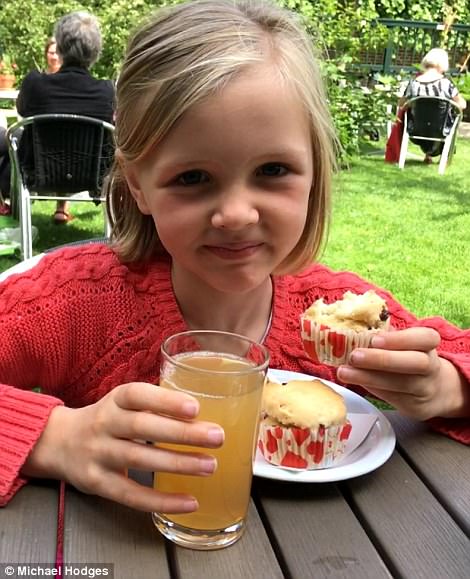 A very satisfied Kitty tucking into some local fare

This summer’s main exhibition is on Jan, Jans En De Kinderen, a long-running Dutch newspaper strip and TV show. Kitty loves it, possibly because Jan and Jans have two daughters who invariably get the better of their father.

The more usual mode of transport in Groningen is bicycle. I’m nervous about allowing a child to cycle through a city, but the staff at the bike hire shop laugh at my fears.

We stay at the Student Hotel, just outside the inner canal. Laidback and fun, it is full of beanbags and my companion declares its breakfast the ‘best in the world’.

One day, we cycle to the De Oosterpoort arts centre for My First Festival. There are nursery rhymes for the toddlers, pop groups for the older children and punk bands for the dads.

It also has life-size models of cows with squeezable udders that provide lemonade instead of milk. This means it takes me some time to ascend the 260 steps of the Martinitoren that afternoon.

Kitty, being seven, bounds up two steps at a time.