The announcement ends speculation that Gronkowski, 28, could retire.

‘I met with coach [Bill Belichick] today and informed him I will be back for the 2018 season with the Pats,’ Gronkowski wrote on Instagram. ‘I have been working out, staying in shape and feel great. Looking forward to another championship run.’

Gronkowski, who has undergone three back surgeries as well as procedures on his knee and forearm, was absent for the start of New England’s offseason program last week amid speculation he was unhappy with the Patriots organization over training and recuperation programs. 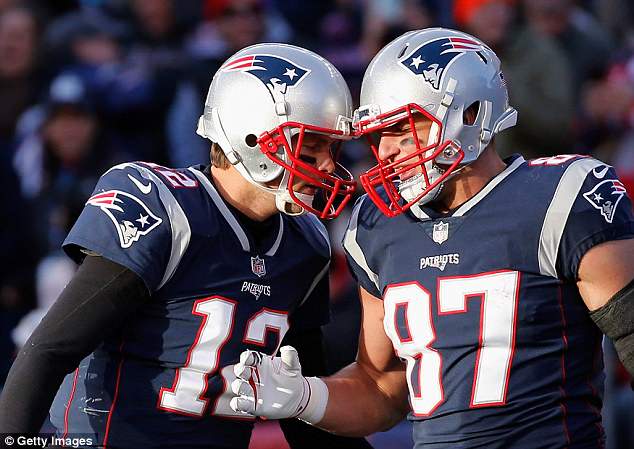 Gronkowski had been working with quarterback Tom Brady’s controversial business partner and trainer Alex Guerrero, who runs the TB12 training center near the Patriots’ facility 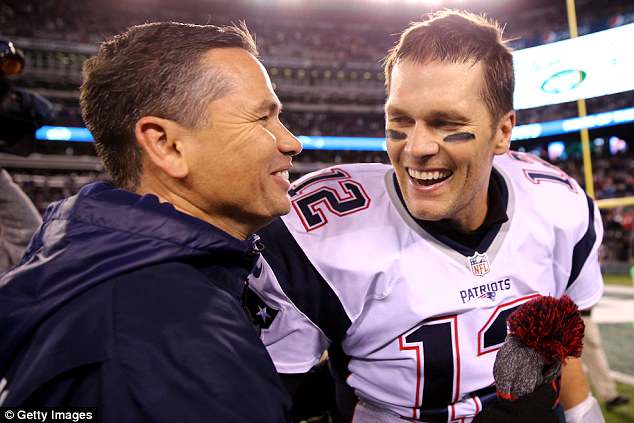 Alex Guerrero (left), Tom Brady’s trainer and business partner, was barred from the Patriots’ sideline and team plane this year amidst an internal power struggle with the team’s training and medical staffs, according to a December report by the Boston Globe

The former Arizona Wildcats star had been working with quarterback Tom Brady’s controversial business partner and trainer Alex Guerrero, who runs the TB12 training center near the Patriots’ facility in Foxborough, Massachusetts.

Belichick has been trying to prevent his players from going to Guerrero, instead putting his faith in the team’s trainers, which is why he admonished Gronkowski in front of his teammates for getting treated at Guerrero’s TB12 Therapy Center, according to the Boston Herald.

Guerrero was barred from the Patriots’ sideline and team plane this year amidst an internal power struggle with the team’s training and medical staffs, according to a December report by the Boston Globe.

He is credited with preserving 40-year-old Brady’s body.

For increased pliability – a favorite word of Brady and Guerrero – players who are treated at TB12 often lose weight in favor adding muscle as a way to prolong their careers. Belichick, however, is averse to players dropping too much weight, according to multiple reports.

The Patriots’ 2010 second-round draft, Gronkowski is a five-time Pro Bowl performer and a four-time All-Pro. In 102 career games, he has 474 receptions for 7,479 yards and 76 touchdowns. Last season marked the fourth time he topped 1,000 receiving yards.

GRONKOWSKI OUT FOR DERBY

By the Associated Press

Gronkowski won’t run in the Kentucky Derby because of a slight infection that will keep the England-based colt from traveling to the United States.

New England Patriots star Rob Gronkowski recently bought an interest in the animal and said he was excited to meet his namesake during Derby week. 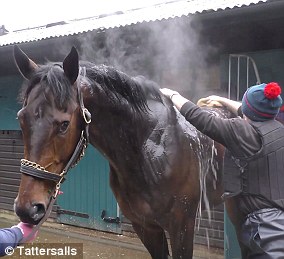 Gronkowski gets a bath

Tom Ludt, who oversees Phoenix Thoroughbreds’ international operations, says Gronkowski spiked a fever last weekend and was treated with antibiotics. The colt is eating normally and responding to treatment, but Ludt says the owners want to put Gronkowski’s welfare first.

Ludt said Monday that the owners are “beyond disappointed” to miss the May 5 race at Churchill Downs.

The 3-year-old colt was undefeated in three races this year, including the Burradon Stakes at Newcastle on March 30, which earned him the first European slot in the Derby under Churchill Downs’ points system. He is trained by Jeremy Nosada and ridden by Jamie Spencer.

Ludt says Gronkowski will be given time off and return to racing at some point.

The colt was part of the first group of horses purchased by Phoenix Thoroughbreds, an investment fund formed last year by Dubai businessman Amer Abdulaziz.