A devastated groom named Thomas Cook has been left ‘shattered’ after his dream wedding in Rhodes looks unlikely to go ahead after the collapse of the holiday company he shares a name with.

Mr Cook, 29, and his partner Amelia Binch, 27, are stuck on the Greek island after booking the £10,000 wedding package with Thomas Cook.

Thomas, 29, and his partner Amelia Binch, 27, (pictured) are stuck on the Greek island after booking a getaway and wedding package with Thomas Cook

Guests were due to fly out with Thomas Cook over the coming days, including the best man.

But the couple, from Hucknall, Nottinghamshire, have been told the wedding might not go ahead, as the Thomas Cook package included the wedding ceremony, flowers, cake, decorations and entertainment.

The pair, who have two young daughters together, Alice, five, and Lucy, seven, had flown out from East Midlands Airport with their parents and close family. 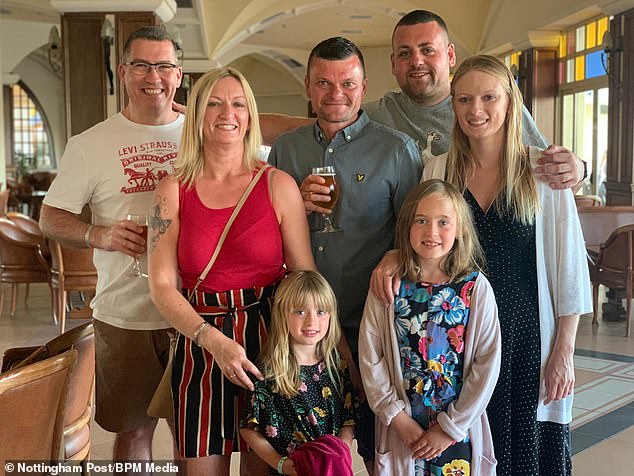 Guests were due to fly out with Thomas Cook over the coming days, including the best man. Pictured: The couple with their family

They were due to fly home on October 3, but they have been told to be on standby as they could be called to the airport any day.

The pair have spent nearly £10,000 on the trip, Nottinghamshire Live reports.

Mr Cook, who works for Rolls-Royce, said: ‘Thomas Cook promised us a surprise on our wedding because of my name but this was not the surprise we were expecting.

‘I am just devastated. We have got 30 plus friends and family coming out, half are stuck at home in limbo. My best man is still in England. No one here knows anything. 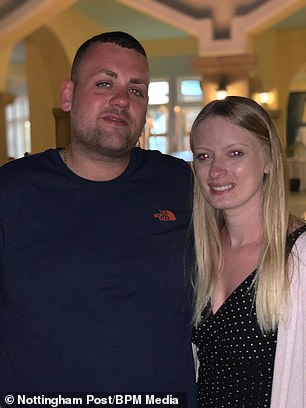 But the couple, from Nottinghamshire have been told the wedding might be off due to the Thomas Cook package including the wedding

‘I have been planning this for two years and it has all gone to pot. We have paid for everything. It is shattering. We don’t know what we can do.

‘Thomas Cook staff have been good but they lost their jobs.’ Miss Binch, a beauty therapist, added: ‘It is costing us nearly £10,000 and we are sat here stressed out. We don’t know if we are getting married.

‘I had a collapsed lung before I came and I got the all clear. It just seems like one thing after the other. We are ATOL protected but it is an absolute nightmare.

‘We are just really anxious. We are being told we might be flying back to Manchester or London and we could be told we are to fly out today. They have said it could be any time.’

The couple, who have been together for 12 years, chose the location because they wanted to get married abroad and it was cheaper to marry in Rhodes than having a wedding in the UK.

Miss Binch added: ‘It’s awful. You don’t expect it to happen with a company like this. That’s why we booked with them. It is now going to cost us more.’

Thomas Cook have posted a statement on their website. 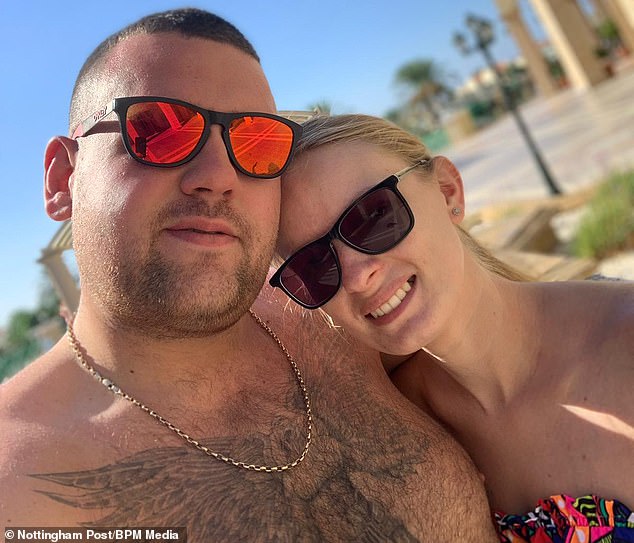 They were due to fly home on October 3, but they have been told to be on standby as they could be called to the airport any day

It reads: ‘Thomas Cook UK Plc and associated UK entities have entered Compulsory Liquidation and are now under the control of the Official Receiver.

‘The UK business has ceased trading with immediate effect and all future flights and holidays are cancelled.

‘A dedicated support service is being provided by The Civil Aviation Authority to assist customers currently overseas and those in the UK with future bookings.’ 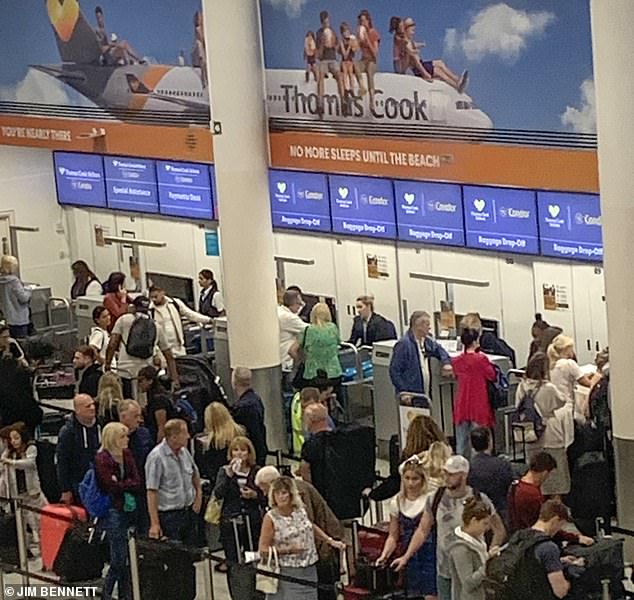 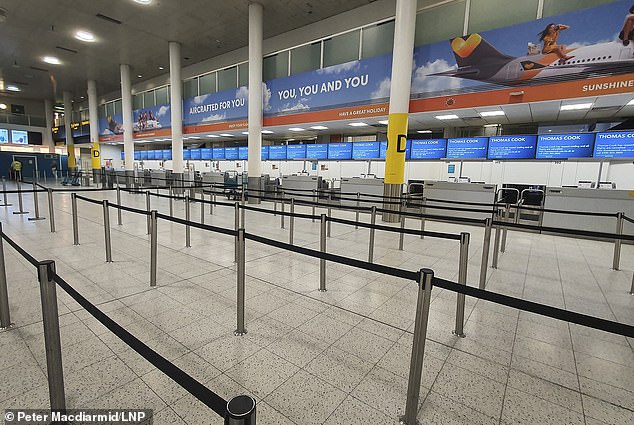