Dominic Cummings’ plan to form a Nasa-style ‘mission control’ room in Downing Street has failed to lift off after Boris Johnson refused to move his office.

The PM’s top aide wanted his boss to switch his base from No 10 to a new political hub two doors down in No 12.

But Mr Johnson decided not to boldly go where Gordon Brown had gone before and opted to remain in the Prime Minister’s official home, the Times reported.

The spacious No 12 room was used by the Labour PM in the dying days of his premiership.

It reportedly has room for meetings with advisers around a horseshoe table, with office space for the PM and advisers like Cummings leading off it, with views over the Downing Street gardens.

It would also allow them greater control over who saw Mr Johnson and was able to influence him. 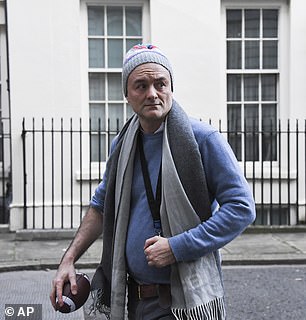 The PM’s top aide wanted his boss to switch his base from No 10 to a new political hub two doors down in No 12. But Mr Johnson opted to remain in the Prime Minister’s official home 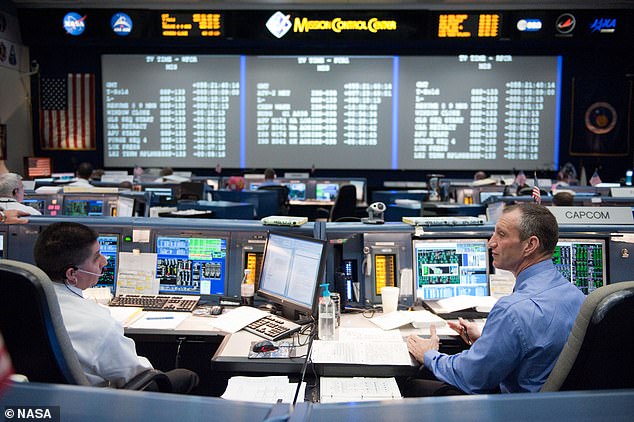 The idea was to centralise political control of the Government around the PM’s new offices, in the way that Nasa does with space mission (above)

Mr Cummings is hoping to make a series of sweeping changes within the top of Government.

In the new year he posted a bizarre job advert in which he calls for ‘super-talented weirdos’ to apply to work at Number 10.

Writing on his personal blog, Mr Cummings sets out plans for a Downing Street shake-up in which maths and physics PhDs would mingle with ‘weirdos and misfits with odd skills’ and people who ‘fought their way out of appalling hell holes’.

He is also apparently considering plans to replace Cabinet committees with a more flexible system based on Cobra emergency security meetings.

It comes amid concerns within the government that the old way of working slowed down decisions and was prone to the leaking of secrets.