A group of migrants said to be the largest ever has illegally tunneled under the southern U.S. border fence and surrendered to Border Patrol to request asylum.

The group of 376 Central Americans ‘inundated agents’ after crossing the border through a series of hasty tunnels near Yuma, Arizona on Monday, Customs and Border Protection said.

The agency said 200 of the group were minors, and that nearly all the rest said they were their parents, meaning that they will likely be released into the U.S. as their asylum claims are processed.

It is believed to be the largest single group to cross the border illegally to request asylum.

Officials said that most of the group entered the U.S. through seven small openings (one seen above) that were burrowed under the border barrier 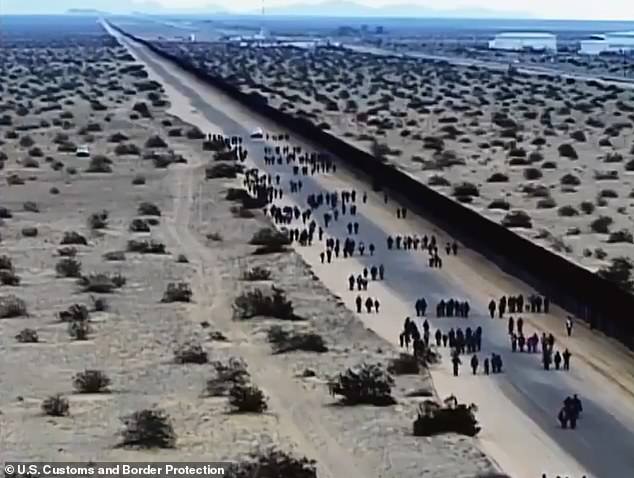 The group of 376 Central Americans ‘inundated agents’ agents after crossing the border near Yuma, Arizona on Monday. They are seen above on the US side in an aerial image 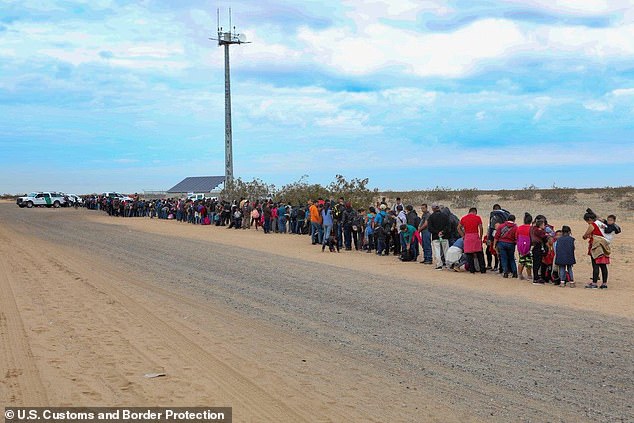 The migrants immediately surrendered to Border Patrol and requested asylum

Officials said that most of the group entered the U.S. through seven small openings burrowed under the border barrier.

The crossings took place at a remote stretch of border where old fencing is about 12 feet high and the ground is sandy. Stretched thin, CBP has only three agents patrolling the 26-mile section of border.

President Donald Trump’s administration had tried to forbid migrants from requesting asylum after crossing the border illegally, but that move was struck down by a federal judge in November.

‘The only thing that solves that problem is a change in the law,’ CBP Yuma Border Sector Chief Anthony Porvaznik told ABC News.

‘The only reason they’re trying to say that they’re family units is that they know if they’re a family unit, they’re going to be released within 20 days,’ Porvaznik said.

Porvaznik said that he had worked for CBP for 30 years and had never been part of an arrest of a group as large as the one on Monday. 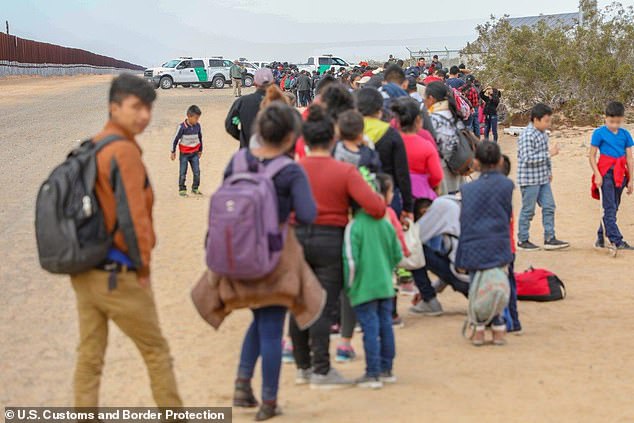 CBP said 200 of the group were minors, and that nearly all the rest said they were their parents

By Thursday, hundreds of the asylum seekers were being held in cinderblock cells with thick glass windows as CBP agents worked to process them and provide humanitarian needs, ABC reported.

The asylum seekers were separated into cells: fathers with sons, fathers with daughters, unaccompanied minors and mothers with children.

One man in the group told the network that he left Guatemala eight days ago and made most of the trip by bus along with his 12-year-old daughter, paying a coyote $5,000 to get them to the border.

He planned to travel to San Diego after leaving the processing center.

The father said he left a wife and two younger daughters back in Guatemala. 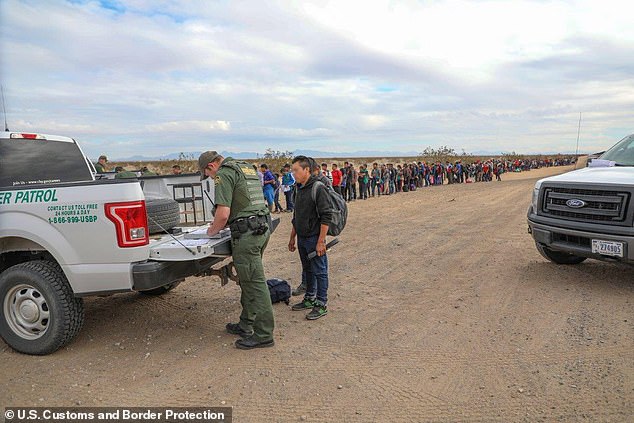 The migrants in the group will likely be released into the U.S. within 20 days, due to rules that prevent detaining parents and children together for longer than that

Parents with children now reportedly make up more than 80 per cent of those caught crossing the southern border illegally.

Last month, CBP said it took 20,000 juveniles into custody after illegal crossings, including both unaccompanied minors and those traveling with parents. The vast majority surrender immediately upon crossing to claim asylum.

Trump has declared the situation at the border a national security and humanitarian crisis, and demanded $5.7 billion in border wall funding from Congress.

Deadlock over the demand led to the partial federal government shutdown, which entered its 28th day on Friday and is now the longest in U.S. history.

One recent study, by the New York-based Center for Immigration Studies, estimated that in 2017 more people entered the U.S. illegally by overstaying temporary visas than by crossing the border illegally.

That study also estimated the number of illegal immigrants currently in the U.S. at 10.7 million. Another recent study by MIT Sloan and Yale professors estimated that number at 22 million.