A group of 4,000 ‘super prolific’ criminals dodged jail last year – despite having committed more than 50 offences each, it emerged last night.

A report has revealed the shocking extent to which hardened criminals are responsible for a growing proportion of total crime.

The paper, written by Tory MP and former Downing Street adviser Neil O’Brien, demands a review of sentencing to ensure serial offenders ‘get the time in prison they deserve’.

His review, entitled Super Prolific Offenders, the Case for Action, paints a damning picture of the justice system.

Mr O’Brien said last night: ‘Whoever is the next prime minister must invest in our jails and ensure that super prolific criminals start getting the time in prison they deserve.

‘We need a review of sentencing policy regarding prolific criminals to jail more of them and for longer. We also need to invest in more prison capacity.

‘Large numbers of people should not be getting let out of prison before even the halfway mark of their sentence under early release. In the long run we should be moving to honesty in sentencing so people serve the time that is read out in court.’

He added: ‘We must protect the public from the small group of people who commit so much crime. Super prolific offenders must face more certain and longer prison sentences.’

The report will be seen as an attempt to push the next prime minister towards reclaiming the Conservatives’ status as the party of law and order, which has been put at risk by rising crime.

It revealed that half of crimes are committed by 10 per cent of criminals, and growing numbers are avoiding jail.

Over the past decade, 206,000 criminals with 25 previous convictions avoided prison for their next offence.

And 2,450 offenders were spared jail when convicted again despite having more than 100 offences to their name. The report also revealed a dramatic increase in early release in the past 12 months after the rules were relaxed.

In total, the number of criminals freed before they have even served half their sentence is up 60 per cent in a year, to nearly 15,000. They were let out under the Home Detention Curfew scheme, which allows release up to 135 days before the halfway point of a sentence.

Sentences for assaulting the police are also getting weaker. The proportion of criminals jailed for an attack on an officer is down from 17 per cent to 13 per cent.

Mr O’Brien said: ‘Brave policemen and women are being used as punch bags by criminals on a daily basis, yet the courts are jailing smaller proportions of them.’

The Ministry of Justice said: ‘Sentences are decided by independent judges on the facts of each case and under this government the most serious offenders are more likely to go to prison and for longer.’

Free to walk the streets despite litany of crime: The burglar with 200 raids to his name, and the pensioner dubbed Britain’s most prolific shoplifter

Nathan Hibberd has committed about 200 burglaries, bringing ‘untold misery’ to his victims.

But when he stole a chainsaw during a burglary in Painswick, Gloucestershire, in 2017, a judge let the 44-year-old career criminal walk free.

Hibberd, from Gloucester, admitted the burglary but Judge Jamie Tabor QC have him a two-year jail sentence suspended for two years at Gloucester Crown Court. 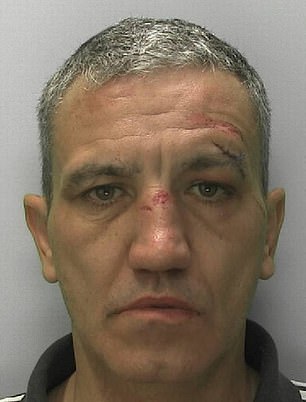 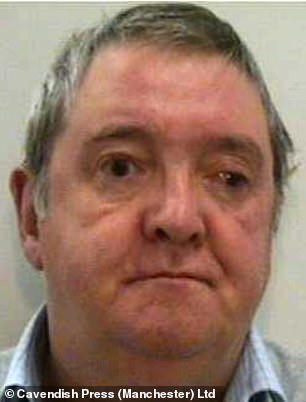 A pensioner branded Britain’s most prolific shoplifter walked free from court last month after blaming five decades of thefts on a bang on the head while watching England in the 1970 World Cup.

Harry Hankinson, 70, clocked up 546 offences since falling from a hotel balcony while watching Alf Ramsey’s team on TV during the tournament in Mexico.

A court heard the blow caused a ‘change in his personality’ and turned him into a kleptomaniac with an ‘uncontrollable’ urge to steal. 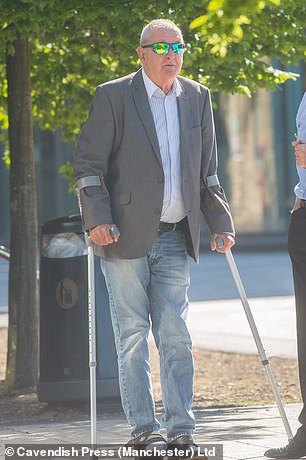 Now living in a care home, the serial thief still swipes boxes of chocolates from local shops and hands them out to residents on his return, according to his family.

He was back in court after he was caught stealing £50 worth of food and £85 worth of spirits in June.

But the pensioner, who appeared in the dock on crutches, was conditionally discharged for 18 months by JPs after it emerged he usually gave away most of the items he stole.

Over the past five decades he has been in and out of jail over shoplifting expeditions at stores across the UK.

His own wife has even spoken out to condemn short prison sentences he was receiving.

In 2008 she was unwittingly caught up in another thieving expedition when the couple went to Ripon, North Yorkshire, for a day out by a coach to celebrate his release from another prison stretch.

In 2014 he was given an Asbo banning him from every shop in his former home town of Bolton, Greater Manchester.

Medical tests to determine why he has felt the need to steal everything from designer handbags to packets of meat suggest Hankinson has ‘organic personality disorder’ caused by brain damage, Tameside magistrates court heard after he admitted two counts of theft.