Paul Gascoigne was called a ‘disgrace’ after appearing to turn up drunk during a sporting event with former England footballer, Peter Beardsley, last night.

The former football ace is said to have slurred his words and broke down in tears as he struggled to share his famous stories with fans.

The 51-year-old, who told the sold out crowd that he wasn’t drunk, was defended on stage by a looking Beardsley, 57.

Football star, Paul Gascoigne, was called a ‘disgrace’ after appearing to turn up drunk during a sporting event last night 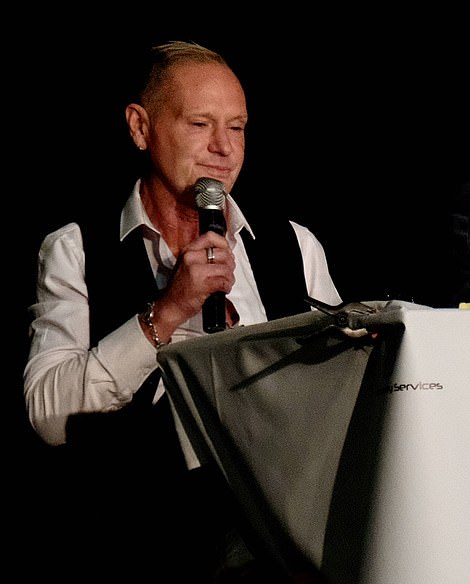 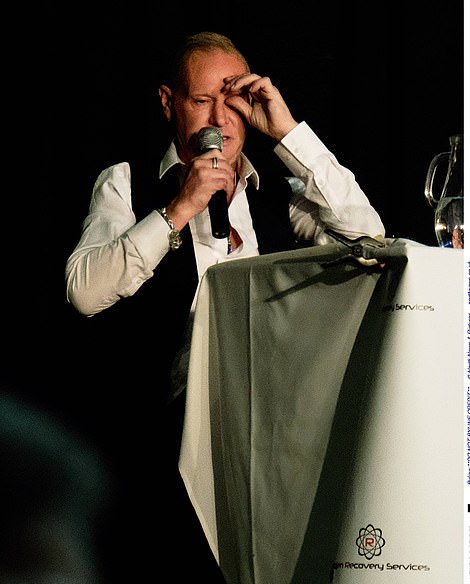 Gazza, 51, was joined by his former England footballer, Peter Beardsley, at the Gateshead event

One fan shouted ‘you’re a disgrace’ at Gazza while another shouted ‘Are you pissed as well Peter?’ during the ‘Evening with Gazza and Beardsley’ event at The Lancastrian Suite in Gateshead.

In response to the audience, Gazza said: ‘The guy that just shouted out there, this is not a f****** joke right, when you have been shit on and f***** over and everything so much, I have come here tonight and broke my heart, I ain’t pissed, now all I’m saying, right, everything I’ve seen and done, I’m enjoying myself, I’m home, I’m f****** home.’

Gazza then asked a different member of the audience ‘What you laughing for mate?’ before later telling him: ‘I’ll f****** hammer you’.

Beardsley urged people in the crowd to ‘be quiet’ and ‘do one’ as he leapt to Gazza’s defence saying: ‘The biggest problem he has in my opinion is he can’t distinguish between friends and hangers on.

‘With him, he would do anything for anybody, at any time.

‘I can’t tell you what he is going through, I really can’t because I’ve never been there. There will be people in this room that possibly can tell you, I can’t. But he knows whenever there is a problem, and I really mean this, me and my son are the two people he calls. 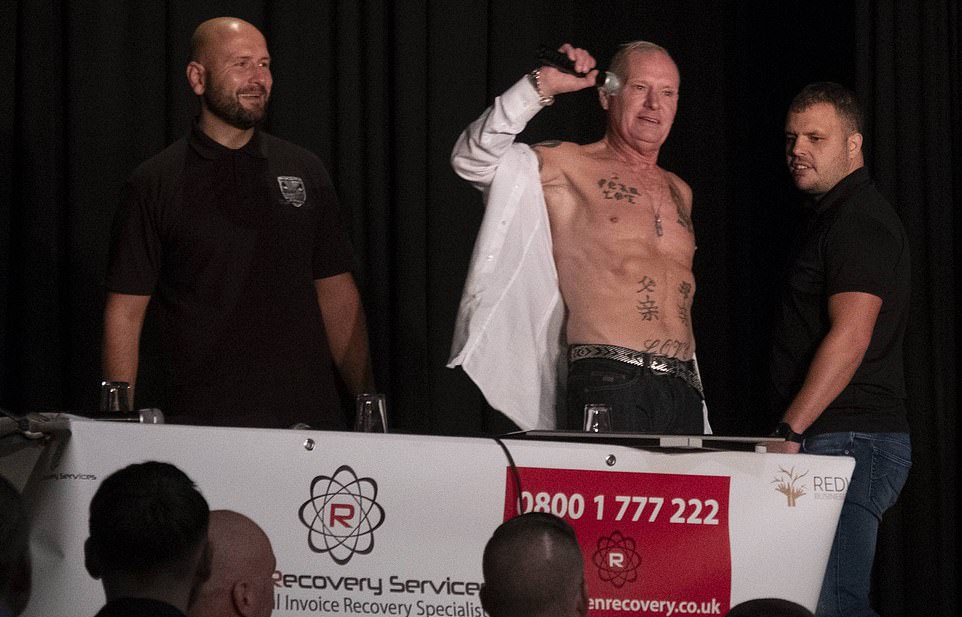 At one point, Gazza is seen to take his shirt off on stage and reveal his chest as he tells fans ‘I’m 51!’

‘The great thing is for me, that it makes me feel so proud, that when he’s got a problem he rings me. So I know he will be alright because he will ring me. He always calls me and my son.

‘We had a spell where we were looking after him, where he needed certain things at certain times of the day and me and my son were taking it to him.

‘I’m just telling you what a great kid he is.

‘So he’s made mistakes, but tell me a person in this room who hasn’t made mistakes. He has got a heart of gold.’

Earlier in the night, an Gazza greeted fans by taking his shirt off on stage and revealing his chest while telling them ‘I’m 51!’.

Fans, who were waiting to have their photograph taken with the pair, were delayed while Gazza asked for some music to be put on.

When he left the room, after posing for photographs, he was handed a pint of lager by somebody while passing the bar. 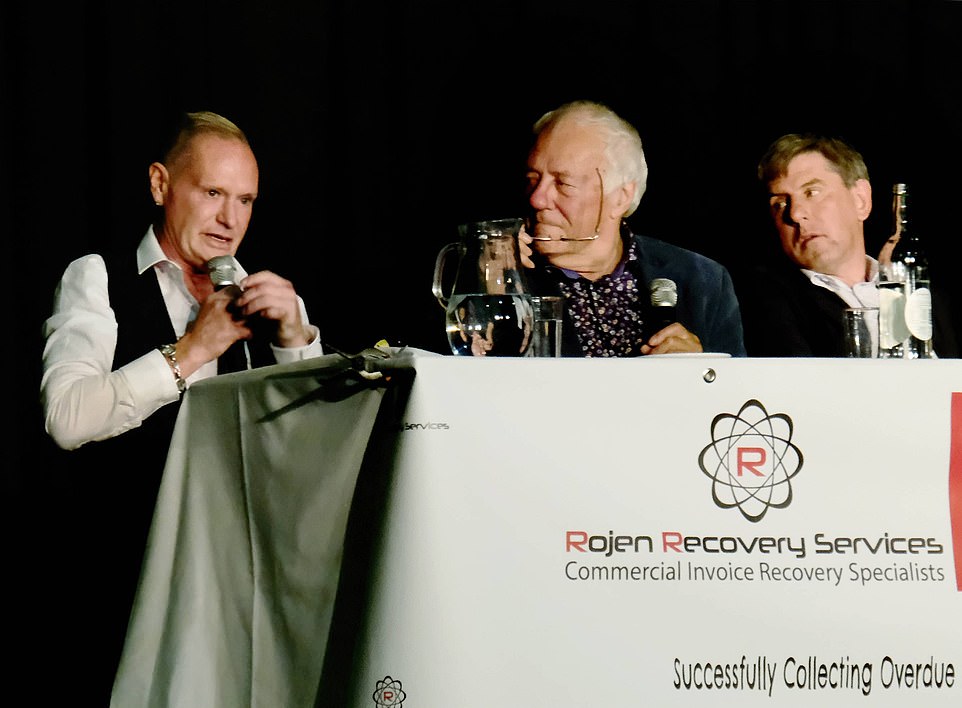 He carried the pint before having it taken off him by a member of staff.

Gazza was also spotted on the other side of the bar ordering a tray of drinks which a waitress carried behind him.

When the pair were called back on for the talk Beardsley arrived back on stage alone.

He was interrupted by Beardsley who told the audience: ‘Can I just say he didn’t learn from me!’

Beardsley told the audience how Gazza shared the same birthday as his son Drew, 29, and said ‘thankfully that is where the similarities end.’ 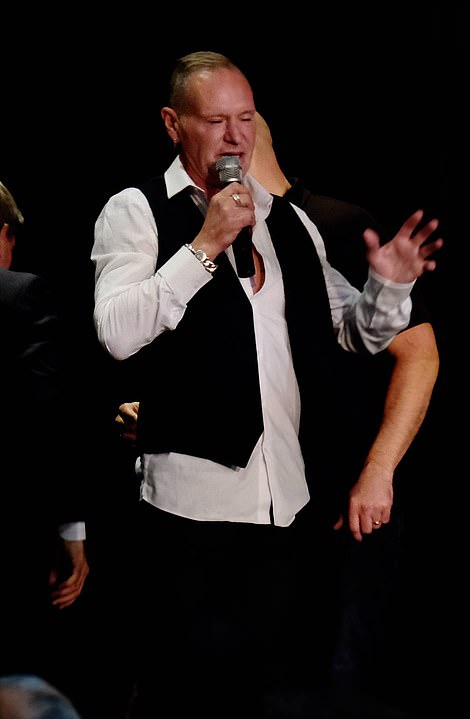 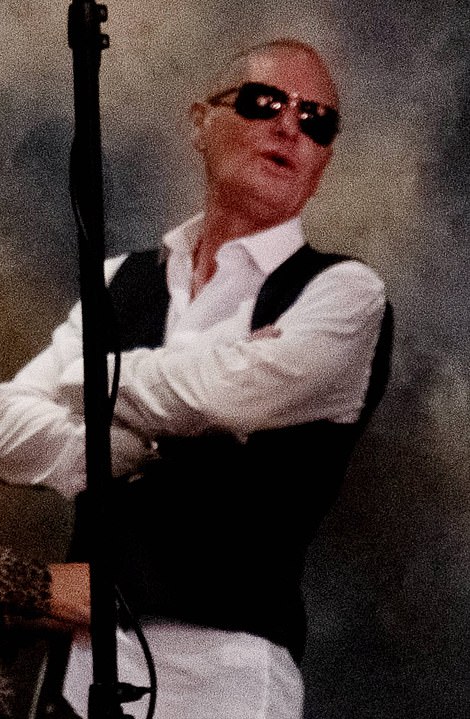 After the show, organiser Steve Wraith tweeted: ‘Thanks to everyone for their patience tonight. We got through the night which we were encouraged to do by the majority. Thanks for the kind words to the many I spoke to. We did our best under testing circumstances. Thanks to Peter Beardsley for his professionalism’

Gazza tweeted: ‘Just want to say I enjoyed last night with everyone in my home town but so sorry it took hrs to speak to you’s it was out of my hands, but I appreciate the wait AND YOUR patience love from GAZZA X’

Gazza, who is originally from Dunston, Gateshead, played alongside Beardsley for eight years while representing England.

He also played alongside Beardsley for two years while at Newcastle United between 1985 and 1987.

Gazza’s agent has been contacted for a comment but is yet to respond.