The desperate search for a young fisherman is underway after police discovered his empty boat speeding across the water.

Trent Riley, 26, is believed to have been fishing in Moreton Bay near the Port of Brisbane when he fell overboard on Wednesday afternoon.

Trent Riley, 26, is believed to have been fishing in Moreton Bay, near the Port of Brisbane when he fell overboard on Wednesday afternoon

Water Police along with the assistance of Volunteer Marine Rescue and the Coast Guard immediately began efforts to locate the missing man.

At least 10 vessels and three helicopters were dispatched and the search continued into the night and resumed at first light on Thursday morning.

Trent’s friends who joined the search told 7News that he was a strong swimmer and surfer, but they were unsure of how he disappeared.

The young fisherman posted two short clips to his Instagram stories on Wednesday, showing followers his fishing rod and the seemingly calm water in the Bay.

He is described as Caucasian, about 183cm tall, of a ‘proportionate’ build with a fair complexion and brown hair.

The missing man is believed to have been wearing a long-sleeved grey fishing shirt, black jeans and shoes and a bucket hat. 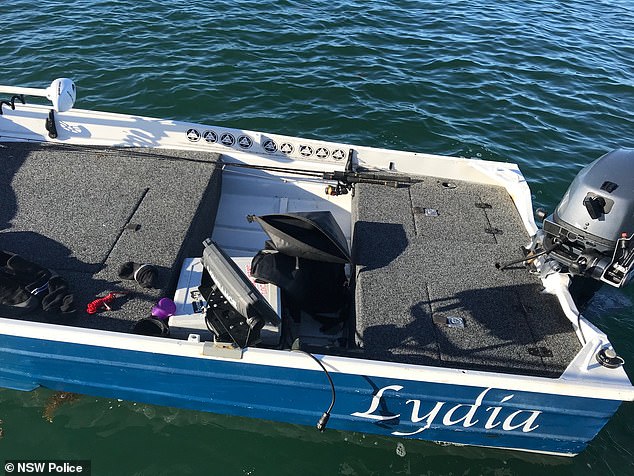 Queensland Police were called to a small aluminum boat driving ‘uncontrolled’ off Mud Island around 3:30pm