Dig For Victory – so ran the famous wartime slogan, part of a campaign launched by the Government in 1941.

‘Your Garden Counts More Than Ever!’

In a time of strict rationing at the height of the Second World War, with food imports disrupted by German U-boats, gardening – arguably Britain’s favourite pastime – became a method of survival.

Gardens and parks were transformed into allotments. Even the Royal Family joined the effort, turning rose beds into onion patches. As vital as the campaign was in helping to feed the nation, the benefits weren’t simply practical: the initiative was a morale-booster during a time of huge uncertainty. Everyone could do their bit.

Today, almost eight decades on, we face a very different kind of crisis. Though panic buying and the seemingly impossible task of securing an online delivery slot suggest otherwise, food is not scarce. But our green spaces are once again important – as a way of supporting our psychological health.

Tellingly, on the eve of the lockdown, garden centres reported a sales boom before they were forced to close. However, last week one West Country garden centre, Plants Galore, defied council warnings and continued to serve customers, saying that, like DIY stores, they should be seen as essential.

Boss Tony Joyner defended his decision, saying gardening could do ‘immeasurable good to the mental health of the nation right now’.

Respected psychiatrist Dr Sue Stuart-Smith agrees wholeheartedly. A keen gardener, she has written a timely new book, The Well-Gardened Mind, which explores the many ways in which gardening has, throughout history, been used as medical therapy.

There is striking scientific evidence on the mental health benefits of horticulture. And Dr Stuart-Smith – who is married to renowned landscape gardener Tom Stuart-Smith – says our urge to grow things is never more apparent than in times of turmoil.

An extreme example can be seen in the stories of soldiers creating gardens in the trenches during the First World War. They grew vegetables to eat, and flowers, too.

Sue says: ‘Soldiers on both sides wrote home asking for seeds; morning glories, nasturtiums and marigolds. Seeing familiar things grow, in the face of such fear and disruption, would have been hugely reassuring.’

After natural disasters, too, people turn to planting. Psychologists have studied how, in the wake of hurricanes in the US and Haiti, community gardening projects were established, helping restore normality and ‘a sense of resilience’. 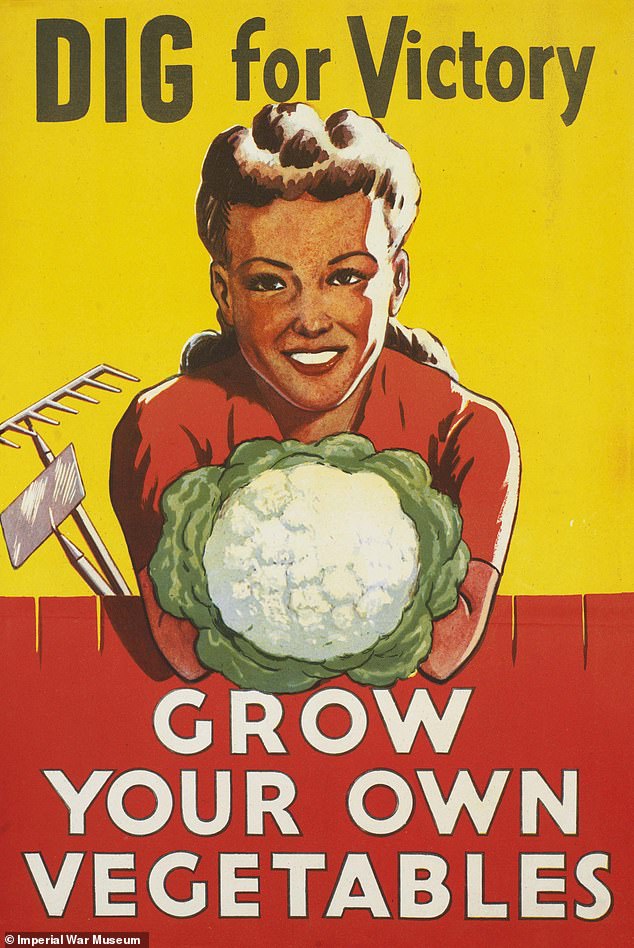 Sue adds: ‘My son, who is an architect, visited Fukushima, in Japan, in the aftermath of the tsunami which struck in 2011. He saw people in makeshift housing growing plants in tin cans, or any container they could get their hands on.’

Our connection to horticulture predates even agriculture, she says. Hunter-gatherer tribes, thousands of years ago, foraged and killed wild animals for food – but grew plants on their settlements.

‘There is evidence they cultivated gourds and figs,’ Sue says. ‘These plants would seed themselves and grow, in dung heaps for instance. People would see them and then propagate them. It’s known that, at this time, wild animals gravitated to humans who would feed them, and so became domesticated.

‘A similar thing happened with many wild plants.’

‘Plants may have had practical uses, for medicine for instance, but gardens may also have been seen as sacred,’ says Sue. ‘The planting of seeds could have been ritualistic: a flower came from the earth, and its seeds would be given back to the earth, as thanks to gods.

‘Today, gardening also gives a sense of the cycle of life, to children, who can learn that things live then die. And for older adults, it gives a sense there is something that will survive “after I’m gone.” ’

Alongside combing scientific literature, Sue travelled the world collecting stories of people struggling with stress, depression and trauma, from asylum seekers to convicts and war veterans. She has spoken to inner-city youth groups and retirement communities – and all have found huge relief, support and hope from gardening.

One key reason is that tending to plants fulfils a need in humans to nurture, she says. ‘Agriculture can be very functional. But with gardening, we think of plants on an individual level. It might sound sentimental, but we do form a bond with them, and care for them.’ 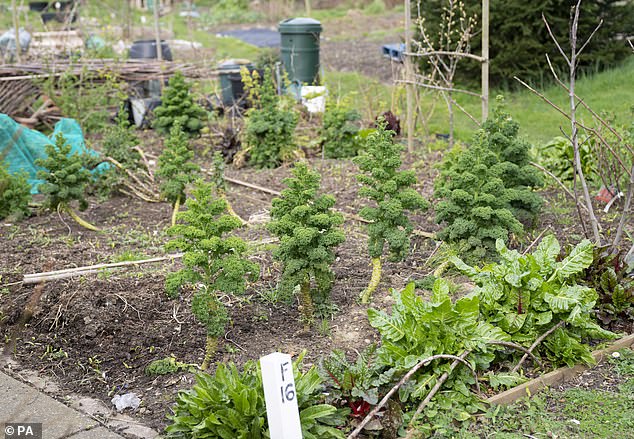 According to Sue, gardening was a key activity for patients in Victorian asylums and can be used as therapy for soldiers suffering from post-traumatic stress disorder

Gardening was a key activity for patients in Victorian asylums, to give them a ‘wholesome occupation’, according to historical texts. And today, says Sue, gardening is ‘prescribed’ as therapy for former soldiers suffering post-traumatic stress disorder and for children with autism.

She adds: ‘Plants don’t care who we are or what we have done. Women prisoners in New York working on a greenhouse project told me, “We tell the plants our secrets.” People often describe a sense of calmness and acceptance in nature. For those women, the garden was a place where they could open up and care for something, which they wouldn’t have otherwise felt permitted to do.

‘I heard similar stories from professional women in Sweden who had suffered severe burnout and breakdowns – and were prescribed gardening as therapy. “Plants don’t judge us,” they said.’

This rewarding relationship perhaps explains why gardening is associated with increased levels of feel-good chemicals in the brain.

Levels of the stress hormone cortisol are also lowered, according to numerous studies.

Sue says: ‘Taking in natural beauty is a trigger of endorphins – chemicals in the brain that lead to a mild sense of intoxication.

‘And of course, tending to plants is a mindful, meditative act. We focus on something outside of our worries, if only for a few moments. This can help manage stress and anxiety.’

As someone lucky enough to have, in the past year, moved to a house with a small garden of my own, this all rings true. It’s a place to unravel and unwind, and I never tire of the smell of damp earth.

Sue tells me this is geosmin, a compound produced by bacteria in soil that gives off an earthy perfume. Ingesting tiny amounts of other soil bacteria may be the reason studies show gardeners have a wider range of ‘friendly microbes’ in their digestive tracts – part of a healthy immune system.

I’m growing tomatoes, potatoes and courgettes, and when I see a shoot emerge, I feel triumphant. Sue agrees, saying: ‘It’s something so simple, but it can give us hope.’