Grudge match: ‘I wouldn’t say we are best friends,’ admits Murray as he prepares to face Zverev

Andy Murray enjoys a cordial relationship with most inside the locker room but admits there is little warmth between him and Alex Zverev.

So when they meet on Tuesday night in the third round of the BNP Paribas Open there will be an underlying froideur which extends beyond a desperation to repair his lowly ranking.

Zverev has been the subject of domestic abuse allegations. While Murray has not commented specifically on those, he has vocally supported moves by the ATP Tour to investigate the matter and bring in a more rigorous policy on the issue.

‘I wouldn’t say we are best friends. We don’t really chat a whole lot,’ said the 34-year-old Scot, who late on Sunday successfully battled US Open quarter-finalist Carlos Alcaraz for three hours in the desert heat.

The issue of domestic violence has become a thorny one in the past year for the ATP Tour, with allegations emerging against Zverev and Georgia’s Nikoloz Basilashvili by their partners — which both players strongly deny.

In the case of Zverev, a story in American online publication Slate suggested that he had repeatedly hit his one-time girlfriend, a Russian called Olya Sharypova, over a period when she was travelling with him on the circuit.

With tennis administrators moving at their usual glacial pace, the ATP only recently instituted an independent inquiry when fresh allegations from Sharypova appeared this summer. 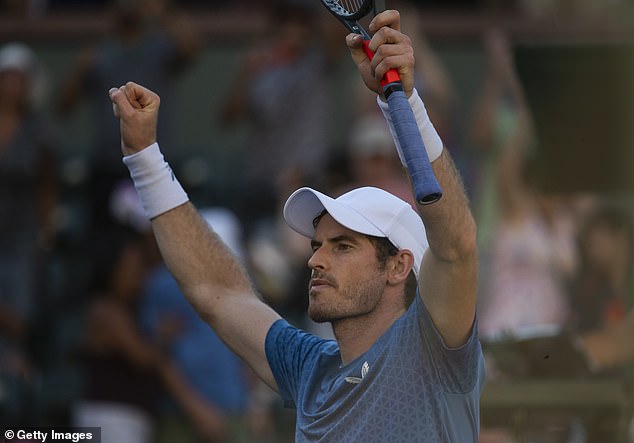 Murray has criticised the delay in action but has backed measures being brought in. One problem for the tour is that it moves across so many territories and jurisdictions that it is more complex to bring in policies than for, say, basketball’s NBA or American Football’s NFL. Sharypova herself has declined to press charges.

It should be said that Zverev has welcomed the independent investigation, and he has previously commented: ‘I’ve been asking them myself for months now. Because it’s very hard for me to clear my name and only with something like this can I completely do it.’

The furore, which was first reported late last year, has certainly not affected him on the court. He has had an outstanding season whose highlights have included the Olympic gold medal and two Grand Slam semi-finals.

Few can match the rangy German’s natural power, so this will be the stiffest of tests for Murray. Yet he is in increasingly bullish mood as he finds the steel cap in his hip standing up to the strains of singles play.

That was shown in his near elimination of Stefanos Tsitsipas over five sets at Flushing Meadows and him belligerently seeing off Alcaraz 5-7, 6-3, 6-2. 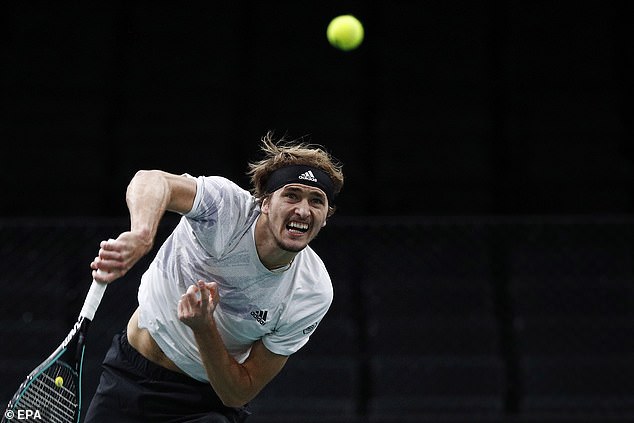 ‘I’m slowly starting to get there again, getting to a level where it wouldn’t be a surprise if I won a tournament,’ said Murray.

His problem is that his ranking has yet to catch up with his most recent form. Under the present system he faces plummeting towards 170 after this, because he is losing the points accrued by winning the European Open in Antwerp two years ago.

There are some glaring anomalies due to the Covid-induced calculations. Roger Federer, for example, is still clinging on the fringes of the top 10 despite having played only five tournaments since January last year.

Murray borrowed a phrase from Emma Raducanu that he should ‘cut myself some slack’, adding: ‘It’s not easy playing with metal hips, not easy with everything that goes into prepping and getting ready for these events. It is challenging but these wins make it worth it. 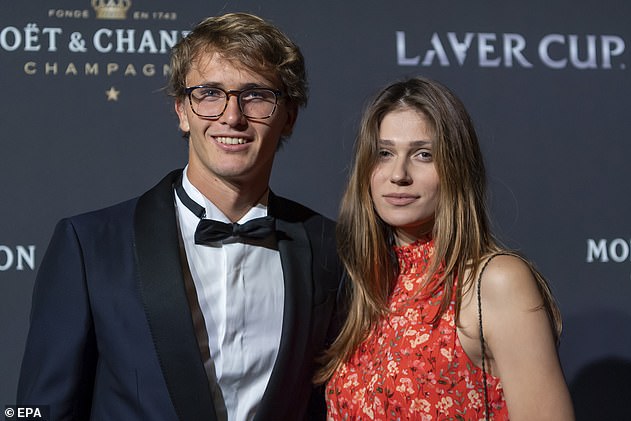 ‘I do genuinely believe I can win tournaments again, can have big results against the top players. There’s nothing that has happened recently to change that, barring the Denis Shapovalov match that I played at Wimbledon where I got smoked.

‘Otherwise there is nothing in any of the matches that I played since to make me doubt I can still win.’

TENNIS FEUDS – NO LOVE MATCHES IN THESE CLASHES

One of the most contentious rivalries in history. The pair got physical in 1982 when Connors grew tired of McEnroe’s delaying tactics. Connors crossed the net and waved a finger in front of McEnroe, who pushed Connors away before officials stepped in.

In 2019, Nadal claimed Kyrgios lacked respect for the crowd, his opponent and himself. Nadal’s uncle Toni said Kyrgios lacked ‘education’. The Australian described Nadal as his ‘polar opposite’ and said: ‘He’s super salty. When he wins, it’s fine; he will credit the opponent. But as soon as I beat him, he has no respect for me.’

Trouble began in 2018 at the Miami Open when Tsitsipas is rumoured to have muttered ‘bulls*** Russian’ before Medvedev got up from his chair to confront the Greek at the net.

Sharapova came from nowhere aged 17 to beat Williams in the 2004 Wimbledon final. She later wrote that Serena was crying in the locker room afterwards: ‘She was bawling. I think Serena hated me for being the skinny kid who beat her.’ A feud was born that day and Serena exacted brutal revenge for the rest of Sharapova’s career, winning their last 19 meetings. ‘I love playing her,’ she said. ‘It’s fun. I just have the time of my life.’