Savage footage has emerged of a recently divorced man using a branding iron to burn off his wedding ring tattoo.

Popular Facebook page Gangster Wannabe uploaded the clip on Friday morning, and it isn’t for the faint hearted.

The 11 second video, which has already been viewed over a thousand times, shows the man holding his wrist dead still while another man literally burns off the ring tattoo on his left hand.

The beginning of the video shows the recent divorcee’s friend holding a branding iron above his hand as it glows red.

When the branding iron is applied, the fearless man barely flinches from start to finish, earning respectful cheers from his mates watching on in the background.

Other friends just metres away weren’t quite as brave, as they are clearly heard screaming and swearing while watching on in amazement.

At the end of the clip, the man is given a ‘hosing down’ from another friend in an attempt to reduce what would have been a painful experience.

As the video states in its caption, they certainly breed their men tough in New Zealand.

And despite this gentleman moving on in his own unique way, ring tattoos have surged in popularity in recent years.

A recent online survey by The Knot showed couples typically spend almost $6000 on their engagement ring and up to $800 on wedding bands.

Wedding ring tattoos in contrast typically range from $500 to $2000, with the chief appeal for many the fact they are everlasting. 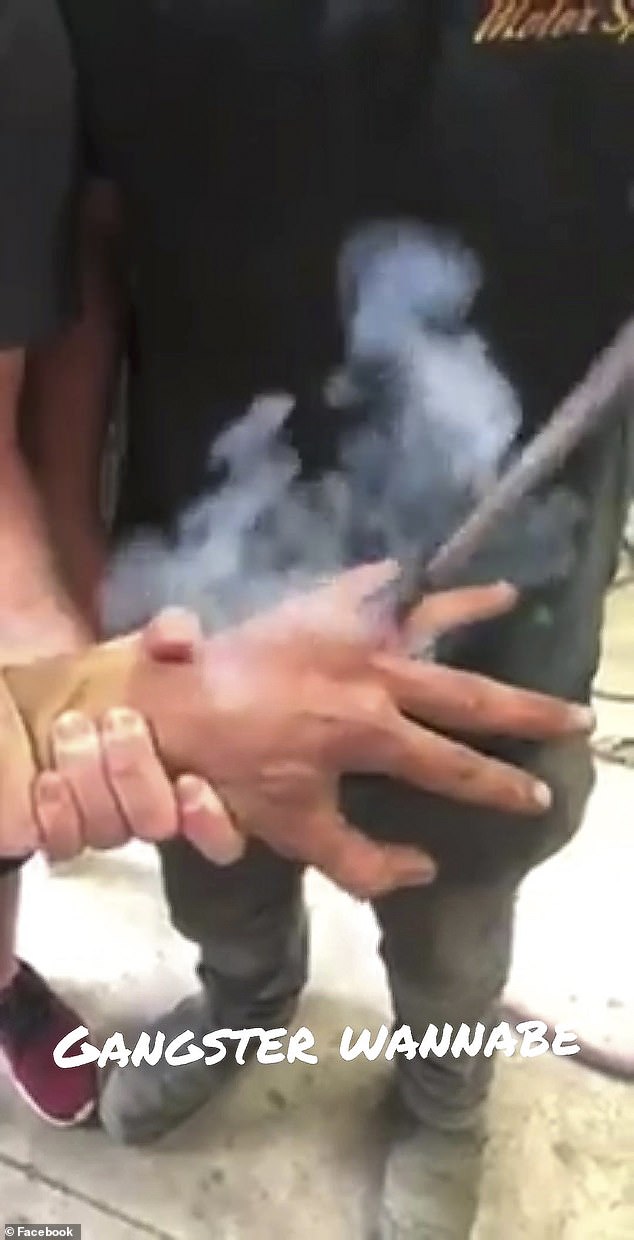 In what would have been an excruciating experience, the man (pictured) used a branding iron to burn off a wedding tattoo 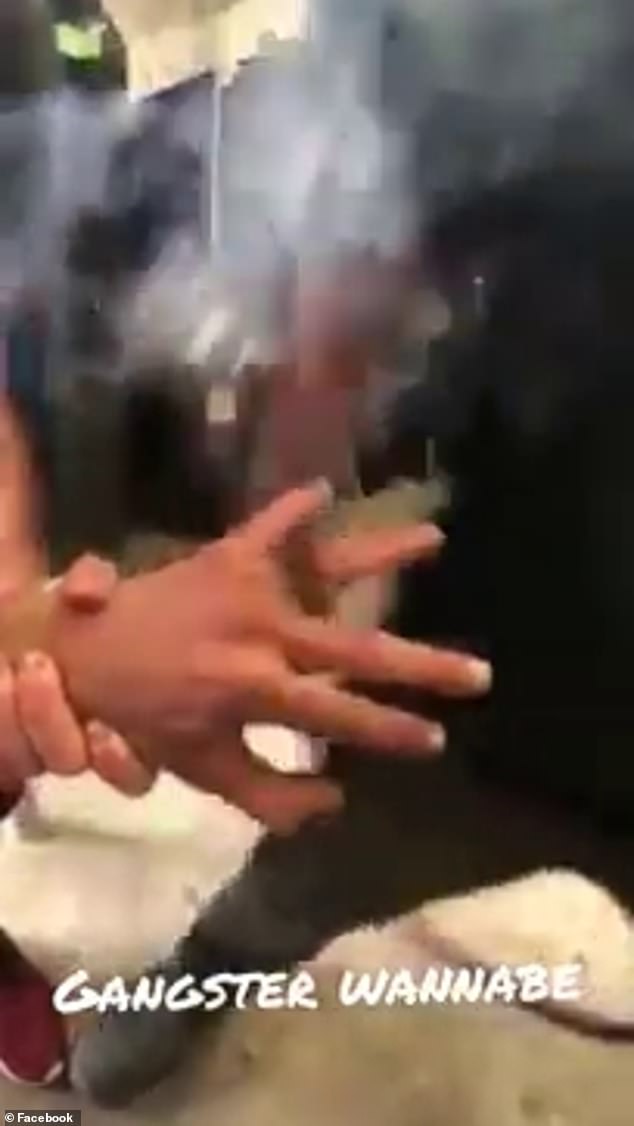