Grumpy Cat may still be a sourpuss, but her owner has something to smile about after winning more than $700,000 in an intellectual property lawsuit.

Grumpy Cat Limited sued Grenade Beverages in 2015 claiming the company breached their contract by creating a line of unauthorized coffee products and t-shirts.

On Monday, Grumpy Cat and her owner Tabatha Bundesen were awarded $710,001 in court. 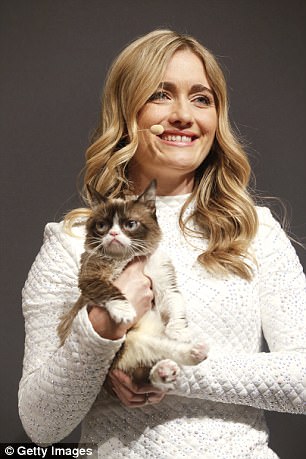 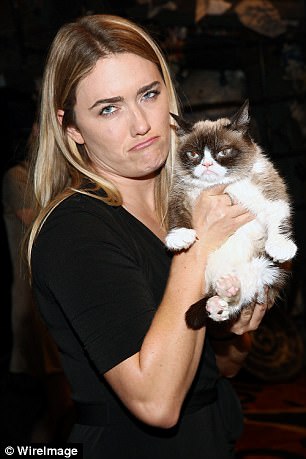 Grumpy Cat’s owner was awarded more than $700,000 following the week-long trial. Tabatha Bundesen, the feline’s owner, is pictured with the internet famous cat 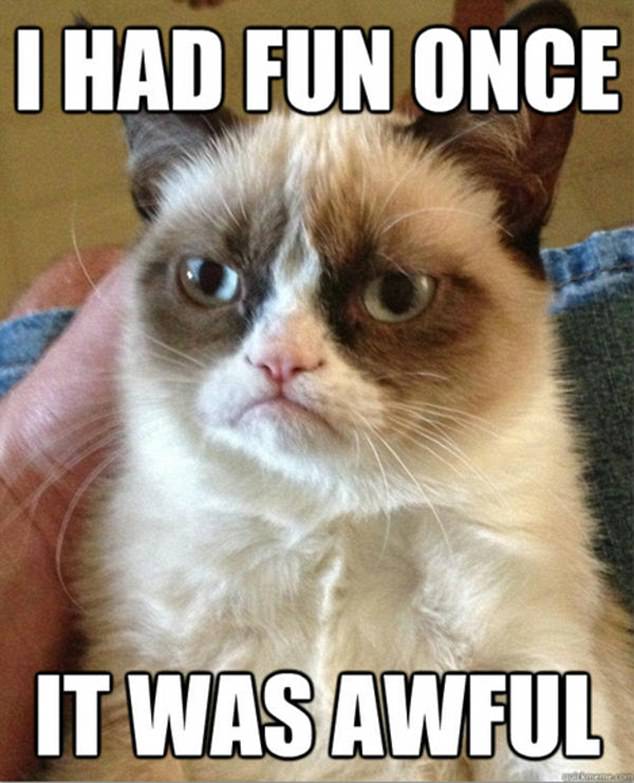 The legal battle between the unhappy feline and Grenade began more than three years ago.

Grumpy Cat Limited said in their suit that in 2013 it agreed to license a line of iced coffees called ‘Grumpy Cat Grumppuccino’ with Grenade owners Nick and Paul Sandford.

In 2015, however, Grenade launched ‘Grumpy Cat Roasted Coffee’, which Grumpy Cat Limited said was not a part of their agreement. The company filed a copyright lawsuit against the beverage company in federal court.

‘Ironically, while the world-famous feline Grumpy Cat and her valuable brand are most often invoked in a tongue-and-cheek fashion, Defendants’ despicable misconduct here has actually given Grumpy Cat and her owners something to be grumpy about,’ the complaint stated, according to Courthouse News.

Grumpy Cat Limited also said Grenade was not paying the agreed-upon percentage of profits from the iced coffee and was selling unauthorized Grumppuccino t-shirts without sharing the profits.

The beverage company fired back saying in a countersuit that Grumpy Cat did not hold up its end of the deal, according to the Hollywood Reporter.

In its suit, Grenade said Grumpy Cat did not promote the iced coffee enough on social media and did not follow a script written to warn Starbucks that the cat was ‘coming for it’ during an appearance on Fox & Friends. 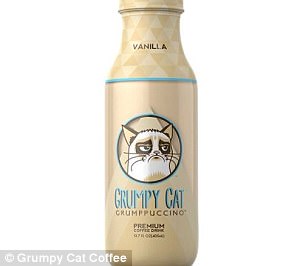 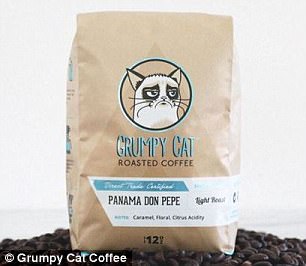 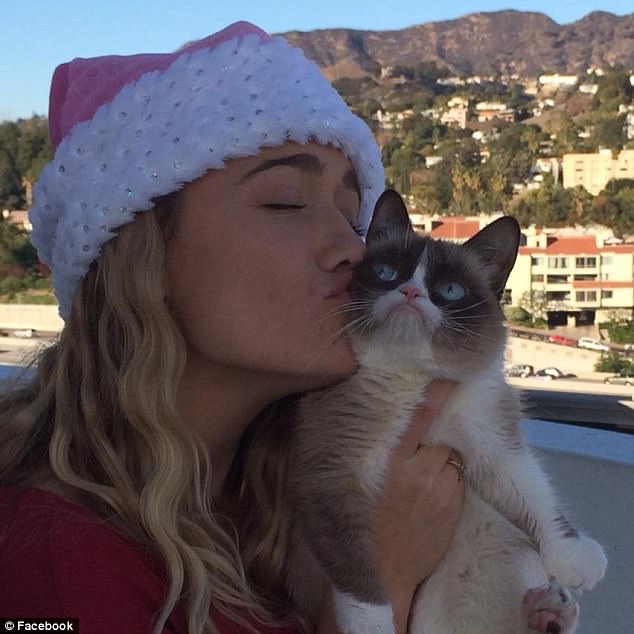 An attorney for the beverage company also said that Grumpy Cat’s team had claimed the cat would be staring in a movie with Jack Black and Will Ferrell but never did. The company said Grumpy Cat Limited’s product manager ‘misrepresented the movie’ in order to get Grenade into a deal, Courthouse News reports.

In the end, the jury sided with Grumpy Cat, a decision the cat’s attorney said was a ‘complete victory’.

Grumpy Cat became an internet star in 2012 after a photo surfaced of her scowling at the camera. The cat, whose facial expression is caused by an underbite and feline dwarfism, went on to appear on news shows and commercials. She currently has over two million followers on Instagram.