City is leaving Guardiola to field questions about the leaked internal correspondence published by European media outlets, while executives decline comment. The club has not disputed the authenticity of internal messages showing how it used companies linked to the Abu Dhabi ownership to boost revenue in an attempt to curb losses and comply with UEFA regulations.

“If there’s something wrong we’ll be punished,” Guardiola said at a news conference ahead of Sunday’s derby against Manchester United.

City, which has been owned by Abu Dhabi’s Sheikh Mansour for a decade, was punished by UEFA in 2014 for breaching the “Financial Fair Play” program. The settlement agreement eventually saw the club only forfeit 20 million euros ($23 million) in Champions League prize money. UEFA this week has not said how aware it was of City’s schemes, reported by German magazine Der Spiegel, to hide expenses and evade monitoring of spending on players.

“At the end, UEFA, FIFA, English federation has to say if we were wrong,” Guardiola said. “If we were wrong (we) will accept it but I hear what my club said to me and I trust a lot of them.”

There was no response to an email sent to three City media officers seeking comment on Guardiola discussing the possibility of the club facing further punishment. City did, however, send an emailed statement announcing a new contract through 2023 for winger Raheem Sterling on Friday.

City has also not responded to questions from The Associated Press about Guardiola’s contract, specifically whether he receives income from entities in Abu Dhabi or other teams owned by Sheikh Mansour. The Football Leaks group published details showing how Roberto Mancini, who managed City from 2009 to 2013 and won the Premier League title in 2012, received more pay from a team Sheikh Mansour owns in Abu Dhabi to work as a consultant than from the Manchester club.

City has faced a week of damaging headlines about its conduct and financial arrangements since the first leaks were published a week ago.

Der Spiegel showed how the team’s holding company – state-backed Abu Dhabi United Group – sent cash to a shell vehicle which was created to supposedly buy the right to use players’ images in marketing campaigns. This helped turn almost 30 million euros ($34 million) into revenue instead of a cost, for the purpose of UEFA’s investigation of club accounts as the club tried to avoid being banned from European competitions for overspending.

While City said it “will not be providing any comment on out of context materials,” Guardiola was more open to discussing information related to the Football Leaks investigation. Real Madrid was revealed to be working with consultants on a 16-team Super League to kick off in 2021, effectively replacing the Champions League and outside the control of UEFA.

“I would like to know the ideas,” said Guardiola, who is in his third season coaching City. “But, for me, the Premier League, local leagues, are so important, with all the history.” 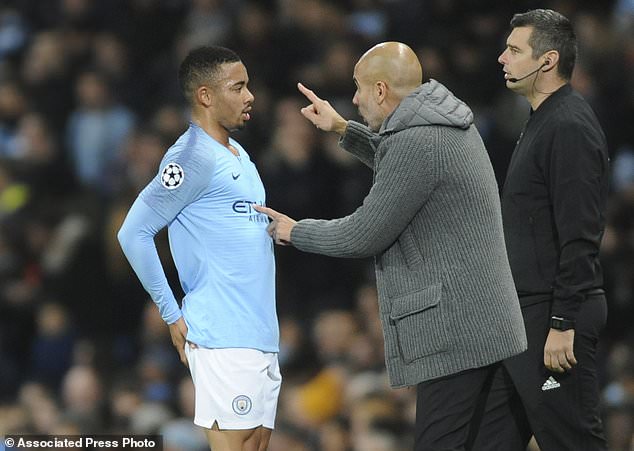