Guatemalan boy had influenza when he died in ICE detention center

The father of an eight-year-old Guatemalan boy who died in US custody took out a $7,000 loan to fund the pair’s journey across the border.

He crossed the border along with his father, Agustin Gomez, and they were detained 3.29 miles from the port of entry in El Paso, Texas, on December 18.

The boy’s sister, Catarina Gomez, said her 47-year-old dad needs to be able to join his brother in Virginia to work and pay off his $7,000 debt.

She told CNN: ‘He was going to work to repay the loan and give his son a better future.’

New Mexico authorities said last night that an autopsy performed on the boy shows he had the flu at the time of his death.

The youngster passed away at Gerald Champion Regional Medical Center in Alamogordo, New Mexico, on Christmas Eve after falling ill.

Felipe Gomez Alonzo is the second migrant child to die in the custody of immigration officials this month. He and his father illegally crossed into El Paso, Texas, on December 18

It was just six days after he and his father crossed into the United States without legal documentation.

The New Mexico Office of the Medical Investigator says in a statement last night that more tests need to be done before a cause of death can be determined.

Felipe was transported to a local hospital after showing possible signs of influenza on Monday and developed a 103 degree fever.

He was released at 2:50pm and was removed from the detention facility at 10pm to be taken back to the hospital after he appeared weak and nauseous.

The boy got to the medical center at 11pm and was declared dead 48 minutes later.

Another Guatemalan child, seven-year-old Jakelin Caal, died in US custody on December 8. Both deaths are under investigation. 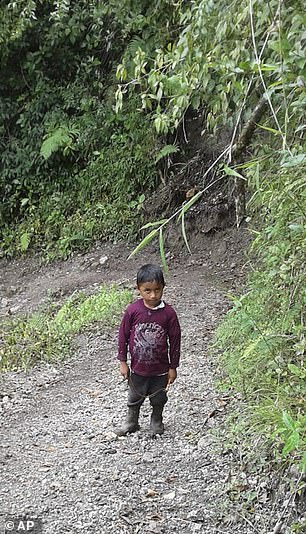 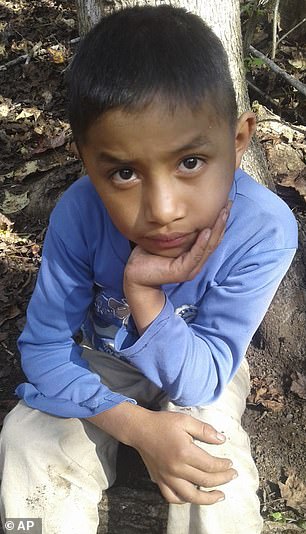 Agustin Gomez took his son to the border after hearing rumors that parents and their children would be allowed to migrate to United States, according to the boy’s stepsister, who spoke on Wednesday, two days after his death.

Catarina Gomez Lucas, the boy’s 21-year-old stepsister, would not say who spread the rumors or who transported the father and son to the border.

They came from a poor community of people who fled Guatemala during that country’s civil war.

Felipe’s mother, Catarina Alonzo, 31, said her husband left Guatemala to try to reach the United States, hoping to take their son to make it easier for the pair to get in to the country.

She said: ‘Lots of them have gone with children and managed to cross, even if they’re held for a month or two. But they always manage to get across easily. 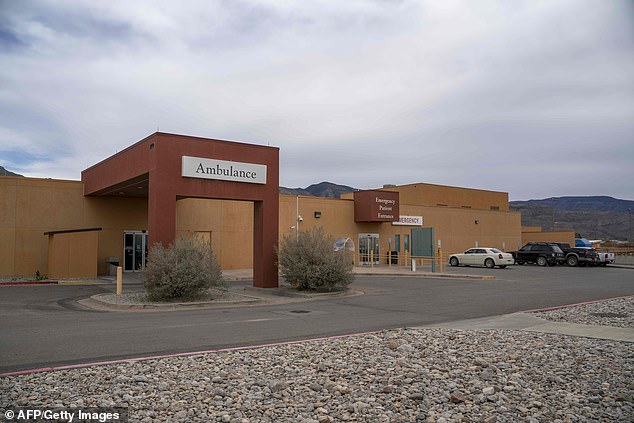 She added: ‘According to interviews [with migrants], the coyotes are saying ‘it’s now or never’ because the wall is going to be built, and it won’t be possible to cross.’

The father and son had been traveling from their home in Nentón, a village about 280 miles from Guatemala City and were planning to go to Johnson City, Tennessee.

Felipe’s father is currently being detained at the Alamogordo Station pending transfer to the ICE (Enforcement and Removal Operations).

US Customs and Border Protection (CBP) has yet to give an official cause of death for the boy, prompting Democratic lawmakers to intensify calls for an investigation.

The Department of Homeland Security, which said the boys were the first children to die in CBP custody in a decade, would step up medical checks of migrant children to try to prevent any more deaths.