Guatemalan to be sentenced in crash that killed Colts…

Guatemalan to be sentenced in crash that killed Colts player

INDIANAPOLIS (AP) – A man from Guatemala living illegally in the U.S. is set for sentencing in a drunken driving crash that killed Indianapolis Colts linebacker Edwin Jackson and his Uber driver.

Manuel Orrego-Savala will be sentenced Friday, two months after he pleaded guilty to two counts of operating a motor vehicle with a blood alcohol content of .15 or more, causing death.

The 37-year-old driver’s blood alcohol content was 0.19 percent when his truck crashed into Jackson and Uber driver Jeffrey Monroe in February on Interstate 70. Monroe had pulled over because Jackson was ill.

Authorities say Orrego-Savala had been deported twice from the U.S. and was in the country illegally when the crash happened.

The case became a flash point in the nation’s immigration debate. 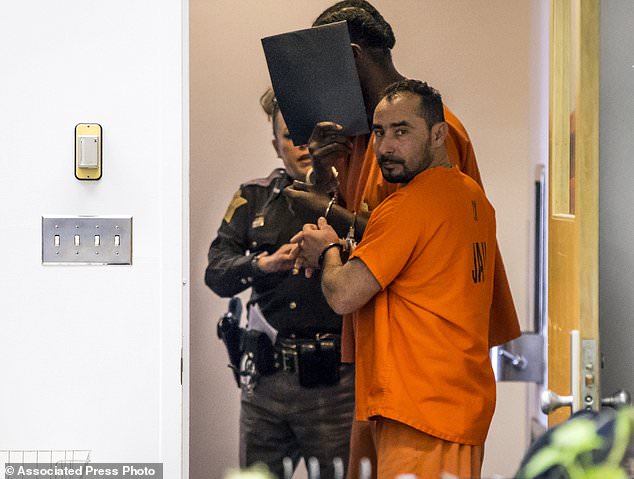