A Guatemalan woman deported after her conviction in a fatal Minnesota school bus crash that killed four students more than a decade ago was arrested by federal immigration officials who discovered she had re-entered the US illegally, authorities said.

The agents had received a tip that Franco del Cid was back in the US illegally, and had returned to Minnesota. 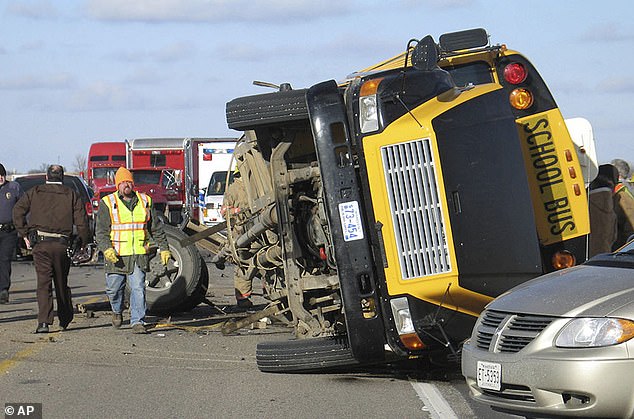 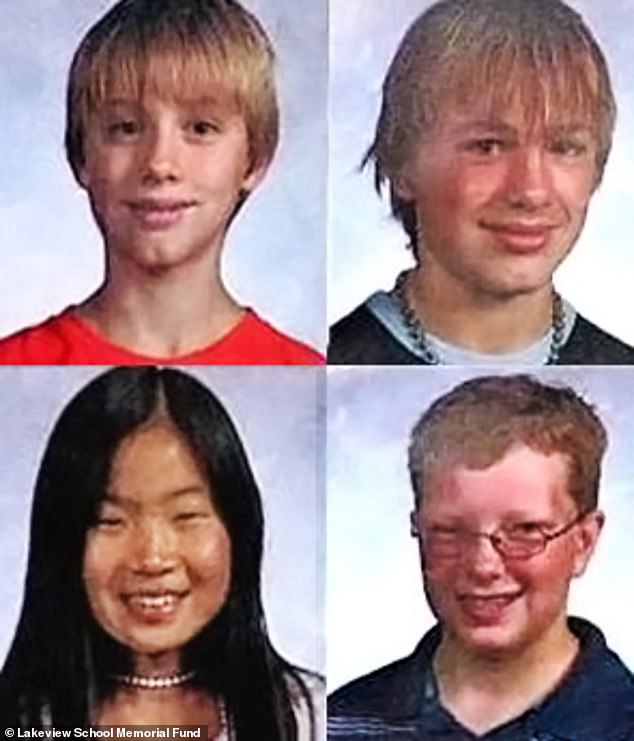 Victims of the 2008 bus crash near Cottonwood in Minnesota, Minnesota, clockwise from top left: Hunter Javens, 9, and his brother 13-year-old Jesse Javens of Cottonwood;  Emilee Olsen, 9, also of Cotttonwood; and Reed Stevens, 12, of Marshall

Franco del Cid had been convicted for crashing a minivan into a school bus near Cottonwood that killed four students in 2008. Despite her conviction, the woman who was in the country illegally, insisted her boyfriend had been the driver.

Franco del Cid served eight years of her sentence and was deported after being released from state prison.

She is now ICE custody, and is not currently represented by an attorney, ICE spokesman Shawn Neudauer says.

The deaths of the four students had drawn national attention at the time, especially from proponents of tougher immigration laws who demanded a crack down on migrants entering the US illegally.

First-responders at the scene of the deadly crash had found Franco del Cid behind the wheel of the minivan blamed for the accident, reports the StarTribune. Her foot was wedged in the dashboard, near the accelerator foot pedal.

However, Franco del Cid’s attorneys had argued that her boyfriend was the real driver in the crash and that he had run off in fear of deportation back to Mexico.

The lawyers said the impact had thrown the boyfriend out of the vehicle, and that Franco del Cid fell into the driver seat because of the same momentum.

The crash happened at the end of a school day and left four children from the Lakeview School District, near the town of Cottowood, dead.

School officials cancelled classes and brought in grief counselors to console those who mourned and were traumatized by the crash.

At least 10 people were hospitalized for injuries suffered when the minivan broadsided the school bus after turning right on a country road. The bus rolled on its side and crushed the hood and cab of a pickup truck.

Franco del Cid, who originally gave her name as Alianiss Morales, was 23 at the time.

The woman was convicted to 12 1/2 years in prison during a hearing in the Lyon County Courthouse as families of the victims and others were demanding justice. 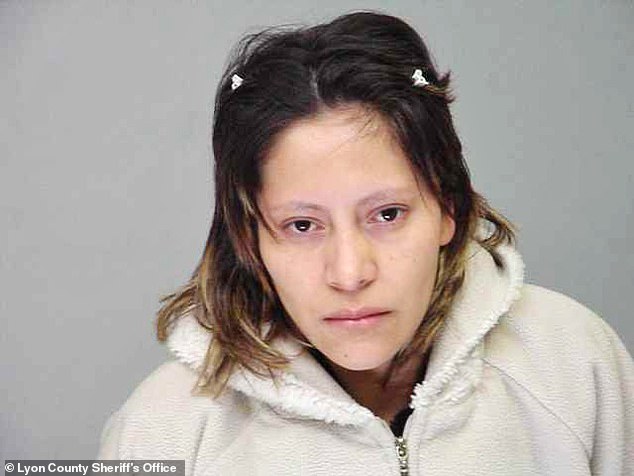 A picture of Franco del Cid taken by authorities when she had given the false name Alianiss N. Morales after the deadly 2008 school bus crash. It was not clear when ICE will file for removal proceedings after apprehending her for returning to the US

Franco del Cid insisted to the end that her boyfriend was responsible, and unsuccessfully appealed her conviction.

She was deported back to Guatemala after serving 8 years of her sentence.

It was not clear when ICE will file for removal proceedings after apprehending Franco del Cid for returning to the US.

She will have to face a judge in federal immigration court to fight to stay.

She also may face charges for illegally returning to the US, which comes with as much as 20 years in federal prison on a conviction.