Grace Mugabe, 54, was seen wearing black as she was helped off the chopper in Zimbabwe this afternoon.

Robert Mugabe, 95, died a week ago in Singapore, nearly two years after he was ousted in a coup that ended nearly four decades of increasingly autocratic rule.

The remains of the former Zimbabwe president have been taken to his village so locals can pay tribute and bid farewell.

Gucci Grace, second left, arrived in Kutama village by helicopter today ahead of a wake for her husband where locals could pay their final respects to Zimbabwe’s former president 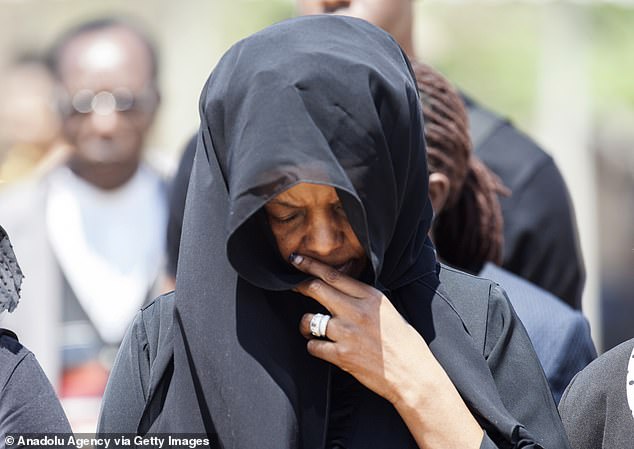 The former first lady, pictured, wore all black for the sombre event around 90 kilometres west of the capital this afternoon

Kutama is around 90 kilometres (55 miles) to the west of the capital Harare, where a state funeral attended by African leaders was held on Saturday.

The former presidents nephew Leo Mugabe said the body will spend Monday night in a village area and was expected to be driven back to Harare on Tuesday.

‘It will be taken for preservation. I am not sure where,’ he said.

Before this public viewing, people could see the Mugabe’s body last week at the Rufaro stadium in Harare.

Mugabe’s final burial arrangements were mired in a dispute between President Emmerson Mnangagwa and the family over where and when the former leader should be buried.

The former dictator’s widow, known as Gucci Grace for her lavish spending habits, wanted her husband to be buried in his home town in a snub to the President, the once-trusted adviser who ousted him.

But the new leader, dubbed ‘the Crocodile’ after making his sudden and brazen power grab, wanted Mugabe to be interred at the national Heroes’ Acre monument. 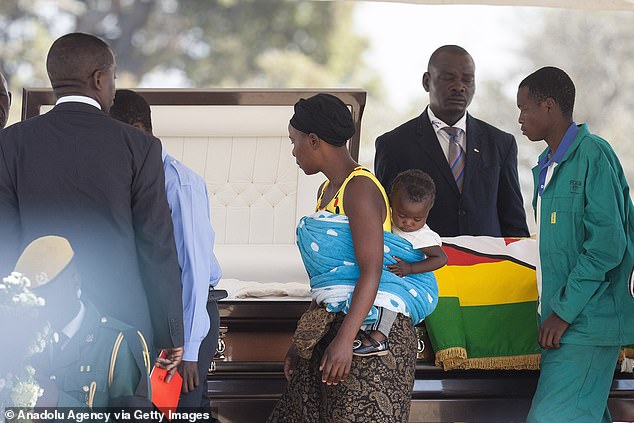 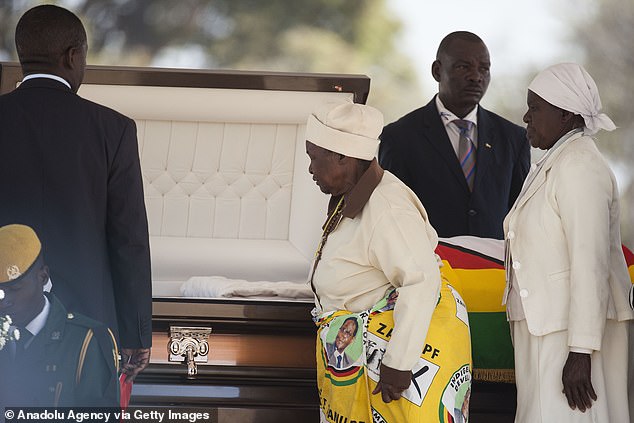 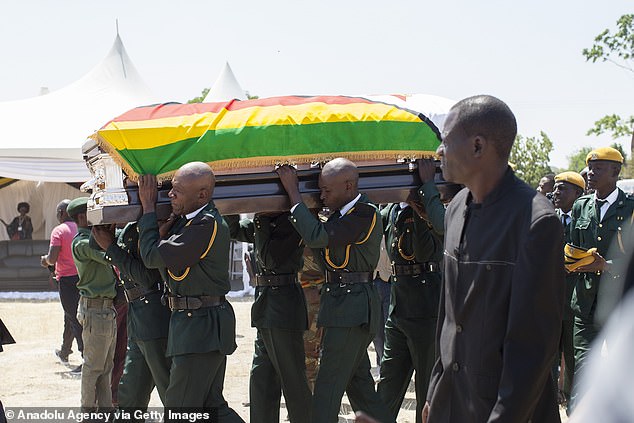 Members of the presidential guard carried the coffin, pictured, in Kutama village today

The two sides eventually agreed to build a mausoleum at the monument which means Mugabe’s burial will be delayed for around 30 days as it has yet to be constructed.

Mugabe, a former liberation hero whose rule was marked by repression and economic chaos, left Zimbabwe deeply torn over his legacy as the country still struggles with high inflation and shortages of goods after decades of crisis.

More than a dozen African leaders, past and present, flew in for the state funeral on Saturday.

Among them was Teodoro Mbasogo, the president of Equatorial Guinea, who praised Mugabe as ‘a true icon in the liberation of the continent from colonialism’. 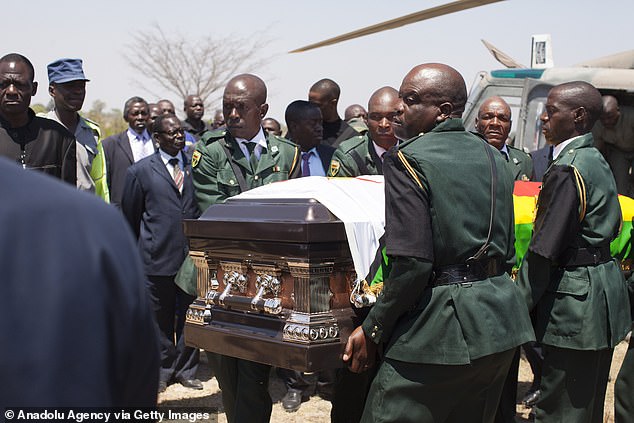 Mugabe’s nephew said his uncle’s body will be driven back to the capital tomorrow and taken for ‘preservation’. Pictured are members of the presidential guard carrying the coffin today 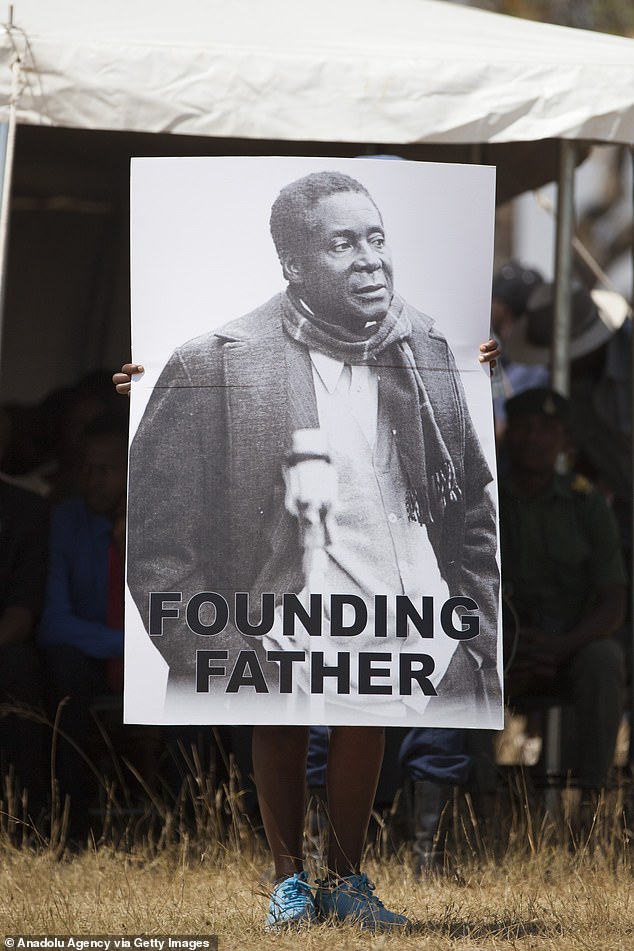 Kenya’s Uhuru Kenyatta described Mugabe as ‘an intellectual giant, a visionary leader and a relentless champion of African dignity’.

But Mugabe’s nephew Walter Chidhakwa struck a more sombre note recalling his last days. ‘He was a sad, sad man,’ he told the crowd. ‘It was a hard and excruciating journey.’

One of the late leader’s final wishes was for his wife, Grace Mugabe, to never leave Mr Mugabe’s casket during the funeral up until the point when he is buried.

Abiding by his wish, Grace was seen walking behind his casket along with other family members before she paid her respects when his coffin was displayed at the National Sports Stadium.

Grace had been forced to flee the country under threat of investigation for corruption, and only agreed to return to Zimbabwe for the funeral after being given assurances she would not be arrested.

The ceremony did not draw attention to Mugabe’s pitiless persecution of political rivals, his policy of confiscating land from white farmers, or his wider mishandling of the economy which led to skyrocketing inflation that left millions in poverty during the latter half of his 37-year reign.

A 21-gun salute and a six-plane flypast concluded his funeral.