Guests have been evacuated from the iconic Grand Hotel in Brighton and the army called in after emergency services received a ‘credible bomb threat’.

Police say they received an anonymous phone call at around 4.30pm claiming there was an explosive at the venue.

The nearby conference venue the Brighton Centre has also been evacuated.

The TUC conference is currently taking place there and the Labour Party will be returning to the south coast for their conference in two weeks.

Five people were killed at the hotel, which sits on the city’s seafront, in October 1984 when the IRA’s Patrick Magee planted a bomb there during the Conservative Party conference. 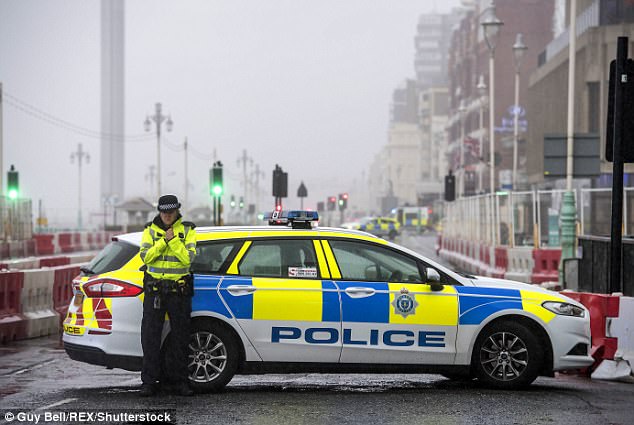 Police received a phone call at around 4.30pm today saying there was an explosive device at the hotel

Guests at the hotel were evacuated at around 5pm and have still not been allowed back in. They are currently on lockdown at the Hilton Hotel next door.

A spokesman for Sussex Police said: ‘Police have been working with management at the Grand Hotel in Kings Road, Brighton after an anonymous phone call was received at the hotel at 4.30pm alleging that there was an explosive device there.

‘Hotel management decided to evacuate the hotel, a decision supported by the police, and the hotel was swiftly and safely evacuated.

‘Thorough searches and enquiries are taking place to establish as soon as possible whether or not the call is a genuine one.

‘Nothing untoward has been found at this time.

‘In the meantime roads and car parks in the immediate vicinity have been closed as part of the precautions.’

Police shouted at people to ‘take cover’ as they feared the threat of the bomb was ‘imminent’.

The emergency services ordered people at surrounding restaurant and bars to take hard cover, including those attending TUC’s event.

Army bomb disposal officers were also called to the scene and are working with police. 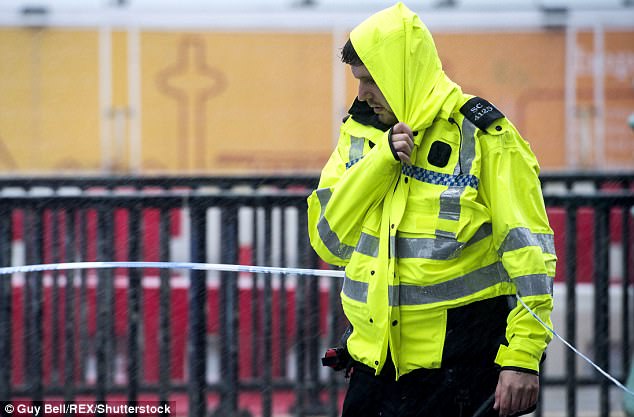 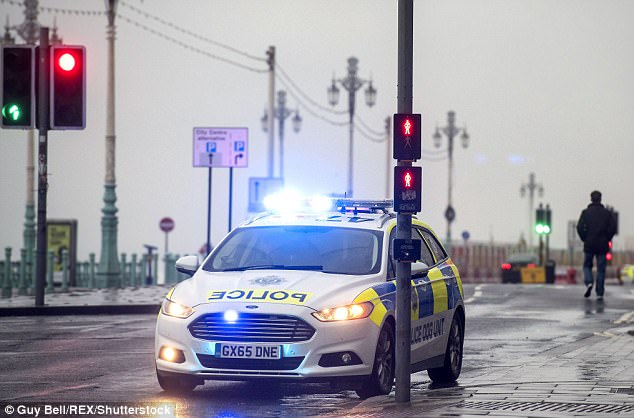 Nearby roads and car parks were also cordoned off and guests were moved to the Hilton Hotel next door at around 5pm. They are ‘on lockdown’ and have not been allowed back in 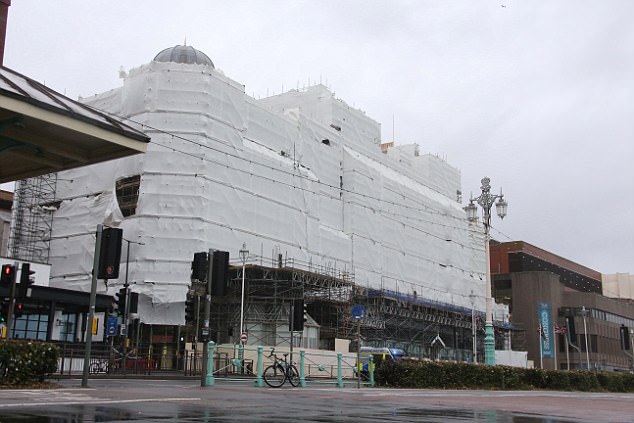 Police are going ‘floor to floor’ in the Metropole Hotel following the tip-off.

The IRA bombing at the hotel took place on October 12 1984 in a bid to kill Margaret Thatcher and her cabinet.

The late Prime Minister survived but sitting MP Sir Anthony Berry was murdered, along with four others. A further 31 people were injured. 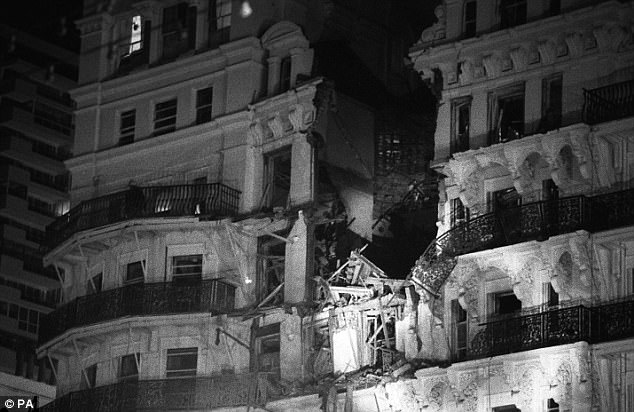 The IRA bomb at the hotel on October 12 1984 killed five people, including a sitting Conservative MP. Patrick Magee planted the bomb during the party conference in a bid to kill Prime Minister Margaret Thatcher and her cabinet 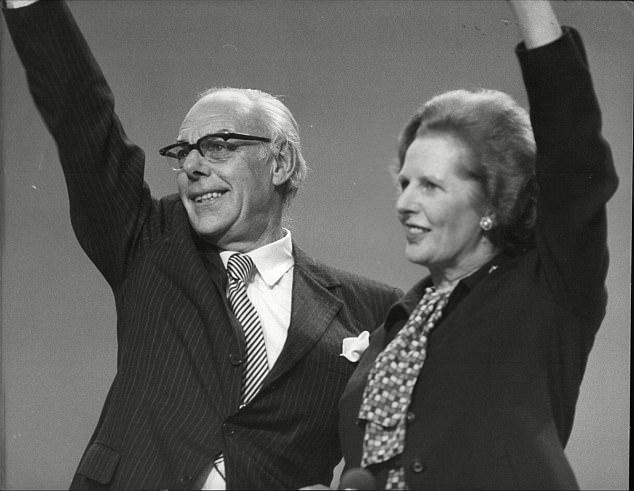 Margaret Thatcher remained defiant after the bombing. Pictured with her husband Dennis she slammed the explosion as a ‘failed attack on democracy’

Mrs Thatcher did her speech the morning after the bombing as planned. But instead of using it to attack the Labour Party, she said the explosion was ‘a plan to cripple Her Majesty’s democratically elected Government’.

She said: ‘That is the scale of the outrage in which we have all shared, and the fact that we are gathered here now—shocked, but composed and determined—is a sign not only that this attack has failed, but that all attempts to destroy democracy by terrorism will fail.’

The IRA claimed responsibility for the attack the following day, saying: ‘Mrs Thatcher will now realise that Britain cannot occupy our country and torture our prisoners and shoot our people in their own streets and get away with it.

A TUC delagate told the Brighton Argus: ‘We’ve not been told what is going on. They just put out an announcement telling everyone to leave.

‘We’d already heard there was a security threat at The Grand. Nobody knows how serious it is.’

Revolution Bar just off the seafront is one of several places offering help to those moved from the hotel and conference centre. 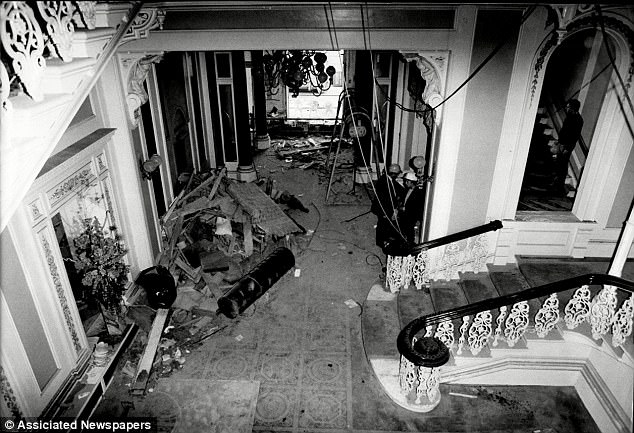