VIP guests said they were left ‘devastated’ by the quality of food and queues at a prosecco festival after paying up to £35 for a ticket.

One woman bought five VIP tickets for the Prosecco & Fizz Festival, which describes itself as the ‘biggest and best’ event at City Hall in Cardiff on Saturday.

Rhian James, from Cowbridge in the Vale of Glamorgan, said she was left ‘devastated’ when she and her friends arrived at the ’embarrassing’ festival.

Another guest complained about the huge queues in the VIP area and said she had to eat crumpets and toast at home because she was so hungry. 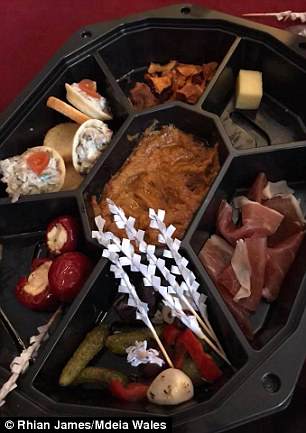 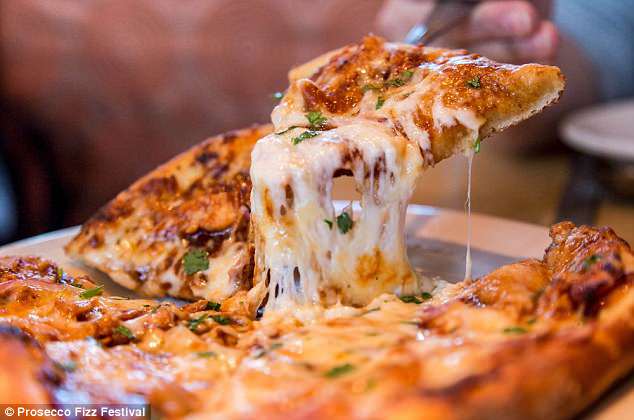 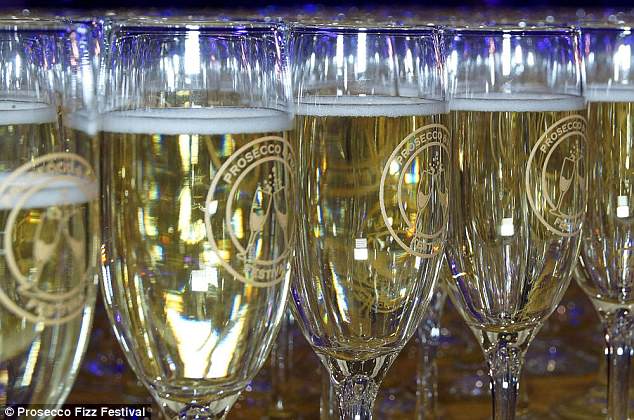 The event describes itself as being ‘probably the biggest and best prosecco festival’ which is ‘an absolute must’ for proescco fans.

It adds that the festivals are held in ‘historic and iconic’ British buildings and guests are treated to ‘Italian street food’.

Ms James, 32, said: ‘It was my decision. I saw it advertised on Facebook and I thought it would be one of those brunches.

‘There wasn’t much marketing on it so I thought it would have nibbles with stands or a bottomless brunch type of thing.

‘We paid £30 each for VIP tickets. It was myself and four girlfriends who went, and we all paid the same.’

She added: ‘When I arrived I was given two free drinks tokens and a free glass of prosecco. But two girls in my group didn’t get the free tokens.

‘We arrived at different times and I was the last to arrive. It was really bizarre. It was like we were waiting for something to happen.

‘Our group shared a table with some strangers. We were served some Italian canapés in a plastic tray. It was embarrassing.

‘For any other food you had to pay for that separately. I saw people with pizza and chips.’

VIP tickets were advertised as having seats in their own VIP area, own VIP bar and keepsake glass, as well as drinks tokens and food.

But Ms James claimed that wasn’t the case and said the event was ‘badly organised’ and there ‘was no VIP section’.

She added: ‘Everyone just had to sit where they could get a seat. It was such a disaster.

‘I remember I felt embarrassed because I was the one who had instigated it all. It sounded like a perfect girly-day out. But it was awful.

‘We left after about an hour-and-a-half. It was really bad.

‘We did try and complain and were told to email an address on the flyer. You had to be there to believe it.’ 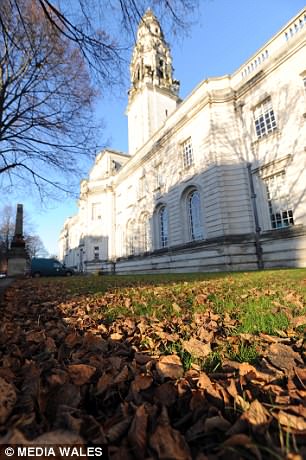 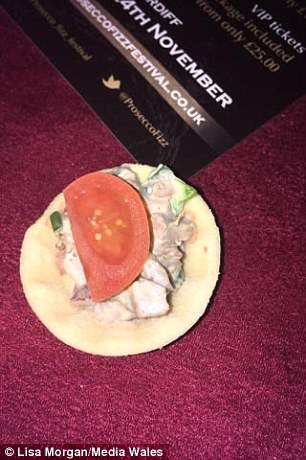 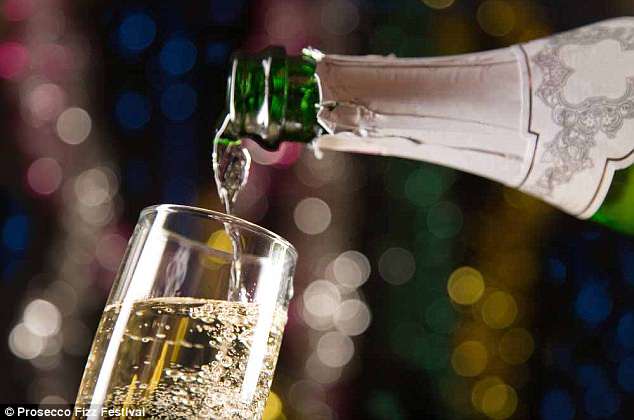 She bought the tickets as an early birthday present for one of her friends, but said she was shocked at what she saw.

Ms Morgan claimed they waited in a queue for VIPs which was longer than the one for general entry and around three hours later to go and eat elsewhere.

She said: ‘We were home by 9.30pm eating toast and crumpets because we were so hungry.

‘I’m absolutely gutted because it was a present. I’m a stickler for researching things and I thought she’d like it.

‘But from the moment we had to queue it felt wrong. It was not what we expected.’

One woman, who did not want to be named, said: ‘We spoke to the organiser at Cardiff who insisted he hadn’t heard any complaints.

‘Everyone we spoke to thought it was terrible. ‘I was one of the lucky ones who only paid £15 for a ticket, but some paid £35 plus.

‘It was the cheesiest thing I’ve ever been to in my life.’

Ms Morgan said she contacted the organisers and was told she would be getting a refund, but as of Wednesday night, had not received one.

MailOnline has contacted the Prosecco & Fizz Festival for comment.

The Prosecco Festival, which is being held in Cardiff in October, said it was in no way connected to the event held at City Hall on Saturday.