The 13-year-old girl gunned down in a ‘targeted attack’ on a suburban home was with her cousin at the time of the shooting, a relative said.

A gunman fired a hail of bullets into the home Val Weldon was in at Guildford, western Sydney, on Tuesday night – one of the five bullets striking her in the leg.

The shooter fled the scene in a silver SUV and police are yet to find the mystery gunman.

Police said the shooting was not random and that was ‘atrocious’ a teenage girl – not believed to be the target – had been hurt.

The bullet struck one of Ms Weldon’s arteries, her aunt said. But the teen was still chipper enough to post to social media after surgery on Wednesday.

Val Weldon, 13, (centre) was shot in the leg after a gunman fired five bullets into a Guildford home on Tuesday evening 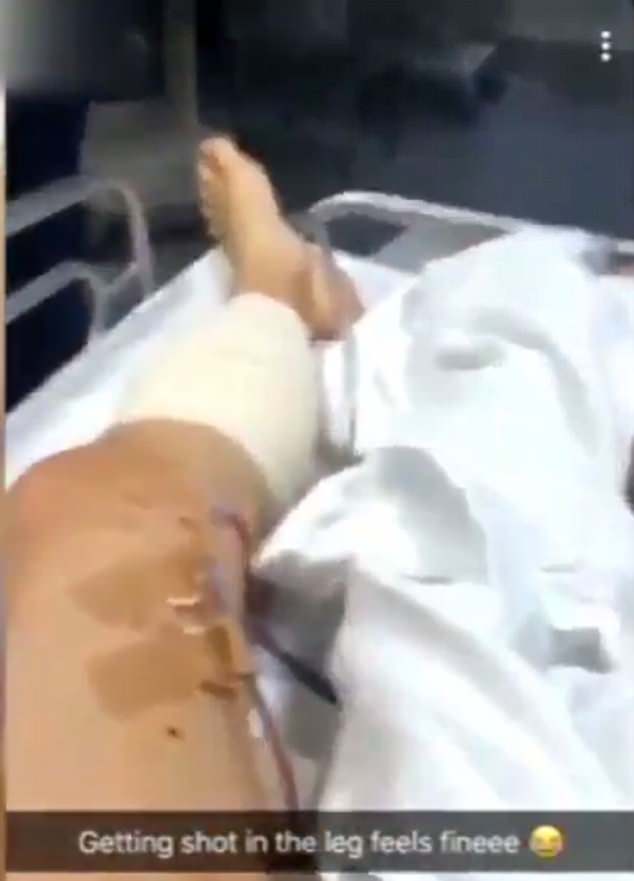 Doing OK: Ms Weldon posted a video of her leg after hours of surgery on Wednesday 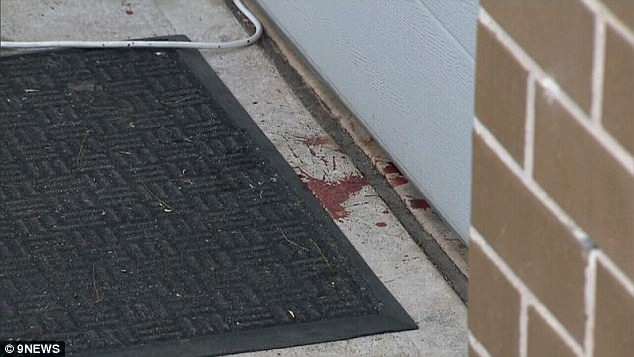 ‘Getting shot in the leg feels fineeeee,’ she captioned a video – alongside a pained emoji – just hours after her brush with death.

The high school student is now in a stable condition at the Westmead Children’s Hospital.

‘She (doesn’t) even know the people at the house,’ a family member claimed., although reports said her cousin was also in attendance.

Her mother was quoted telling the Daily Telegraph: ‘She was in the wrong place at the wrong time.’ 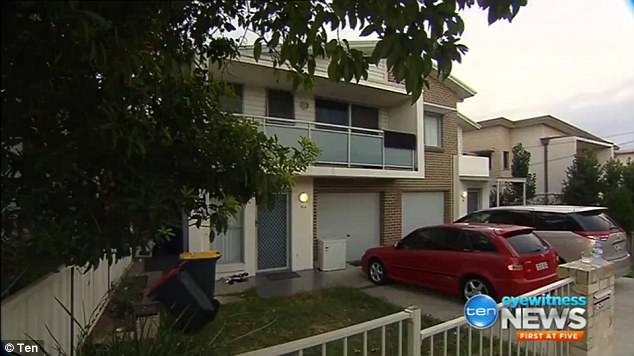 This is the home where the shooting occurred. Police said it a ‘targeted’ attack 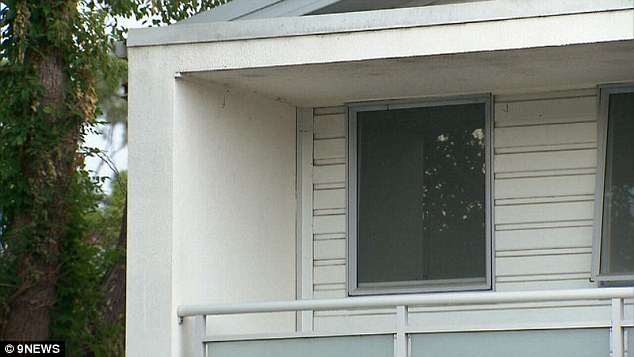 The 13-year-old was shot in the thigh, when a car drove past and shot at the home in Constance Street in Guildford, western Sydney at 9.45pm

Police taped off the double-storey home where the attack occurred yesterday.

The driveway was stained with blood.

Ms Weldon’s relative said the girl was on curfew and was not supposed to be leaving the house at night.

‘Why is Val in Guildford, 20 suburbs away (from where she lives)?’ the relative asked.

‘She is lucky to be alive.

Doctors are now concerned about the possibility of blood clots. 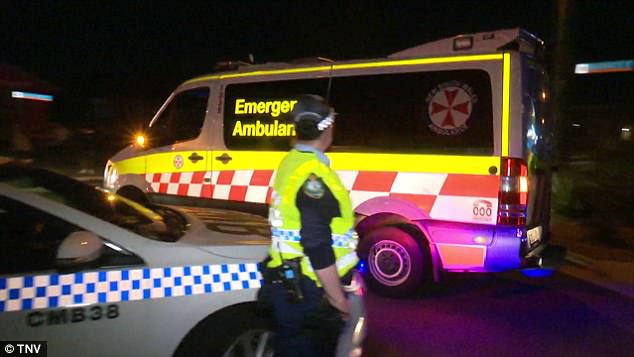 A teenage girl has been shot during a drive-by shooting 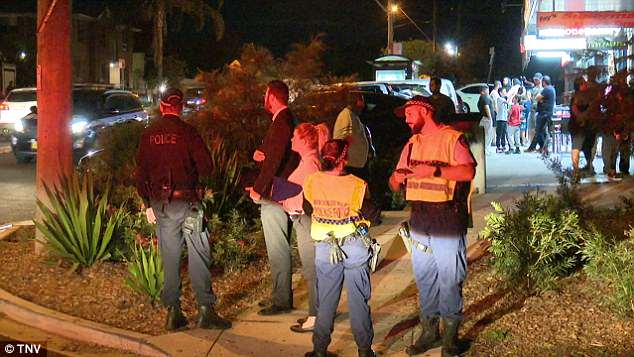 The girl was shot late on Tuesday night about 11pm on Constance Street in Guildford, western Sydney 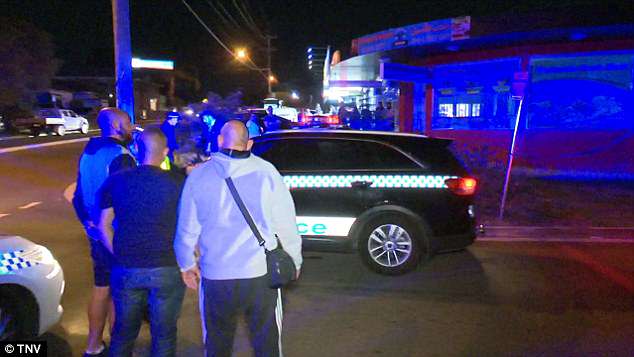 Police and emergency services are at the scene of the shooting 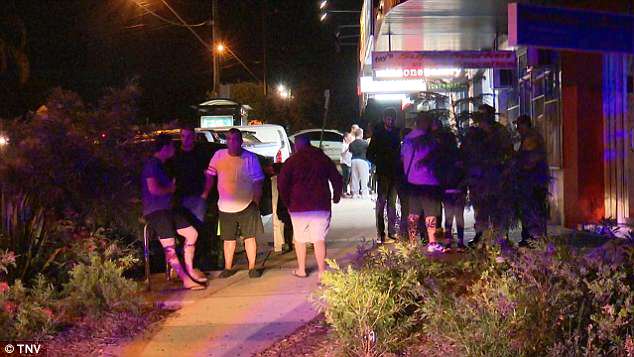 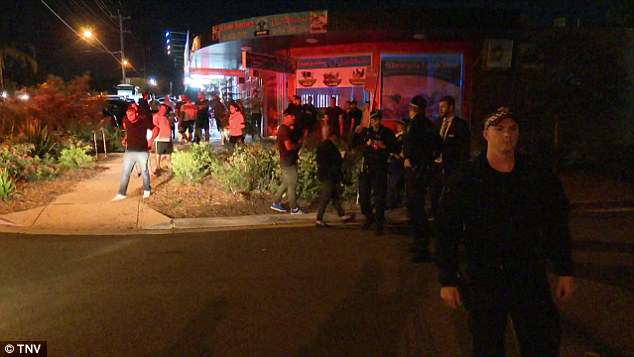 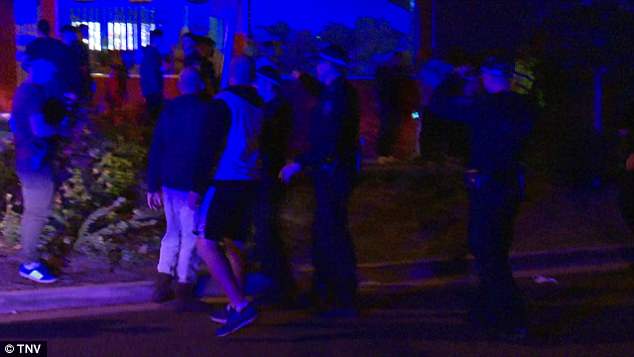 Diane, who lives nearby, said she ‘heard a big bang, it sounded like fireworks’

Neighbours in Guildford said they heard ‘five or six pops’ about 9.45pm on Tuesday as the gunman fired on the garage.

The girl was sitting inside with a group of people.

‘There were just sounds of screams,’ a neighbour said.

Diane, who lives nearby, said she ‘heard a big bang, it sounded like fireworks’.

‘I got scared, and later on I came out. I seen all police cars everywhere. They blocked the street off.’ 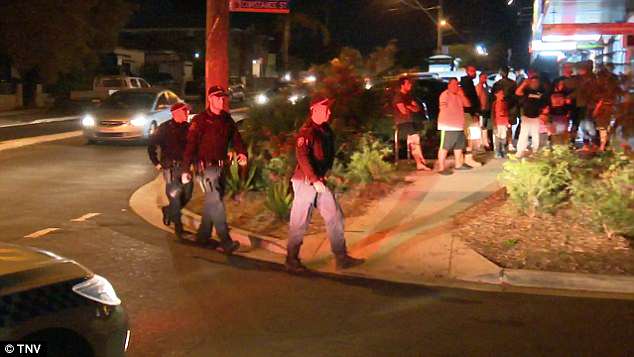 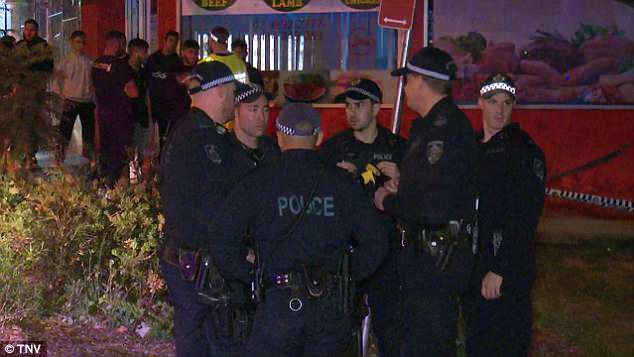 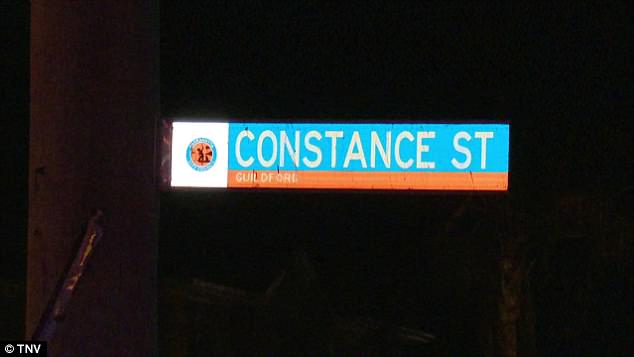 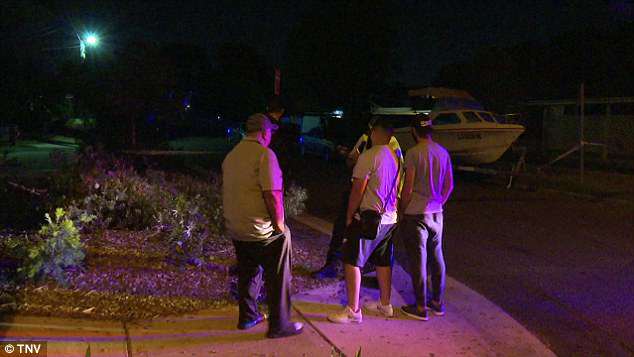 Another neighbour recalled telling her partner: ‘That didn’t sound like a car backfiring, that sounded like gunshots’.

‘We heard a bit of screaming… down the street there’s ambos coming up and down.

‘It’s the sort of area where it happens all the time.

‘It’s another night in Guildford,’ she said.