Three people were shot and wounded by a gunman who opened fire on Friday inside an Atlanta-area restaurant owned by Real Housewives of Atlanta star Kandi Burruss.

Police in East Point, Georgia, have launched a manhunt in search of the gunman who struck the popular Old Lady Gang 2 eatery on Friday night.

Investigators say that the gunman entered the restaurant and targeted another man inside, WSB-TV is reporting.

After the gunman opened fire, he struck his intended target as well as two other innocent bystanders, police said.

Police were seen outside the Old Lady Gang restaurant in East Point, Georgia, on Friday night after three people were shot and wounded by a gunman who fled 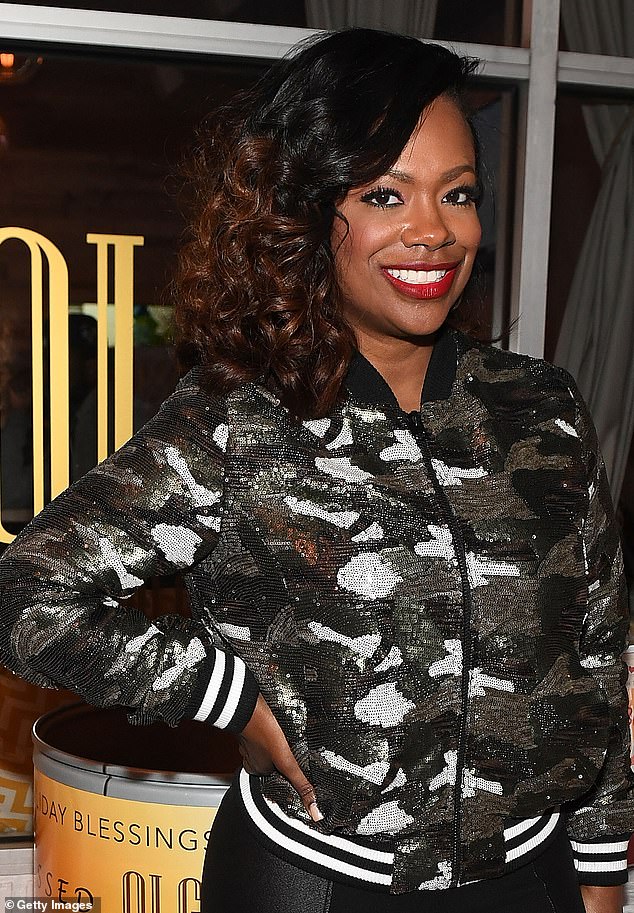 The Old Lady Gang is a restaurant co-owned by Kandi Burruss, the star of Real Housewives of Atlanta 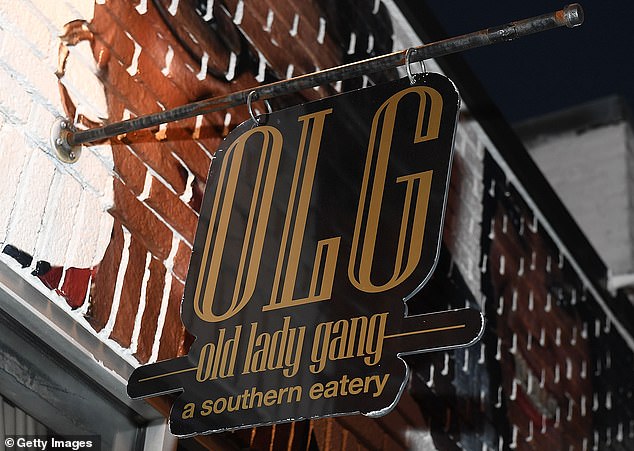 According to police, the male suspect entered the restaurant and shot another man, also shooting two bystanders in the process

Captain Allyn Glover told the Atlanta Journal-Constitution: ‘We are actively looking for a suspect but do not have any further information at this time.’

Witness Brynae Kinsey told CBS46: We were waiting for our spot at the Juicy Crab, and we were waiting outside actually at that bench right there. We heard two gunshots and I seen somebody run out that door, and I ran.’

They added: ‘I just heard her scream ‘ahhh,’ and then I heard two pops. Pop, pop. I just wondered what was going through his head for him to pop off like that.’

Another witness described the scene, as guests ran into the kitchen in the back of the restaurant after the shots were fired.

Burruss, a singer-songwriter, and husband Todd Tucker opened the Camp Creek Parkway location back in 2018.

It was opened shortly after the success of the original Castleberry Market location opened in 2017.

Kandi has long referred to her mother Joyce Jones, Aunt Nora Wilcox and Aunt Bertha Jones as the Old Lady Gang on The Real Housewives of Atlanta.