By Shekhar Bhatia For Mailonline In Pyeongchang

The gay athlete, who is close friends with figure skater Adam Rippon, himself a critic of the Trump administration, questioned why the President’s daughter had traveled to South Korea and the Winter Olympics.

Kenworthy, 26, tweeted a picture of US athletes at the closing ceremony writing: ‘So proud of all these people! Everybody here has worked so hard to make it to the Olympics and have the opportunity to walk in the closing ceremony! Well… Everyone except Ivanka. Honestly, tf is she doing here??’ 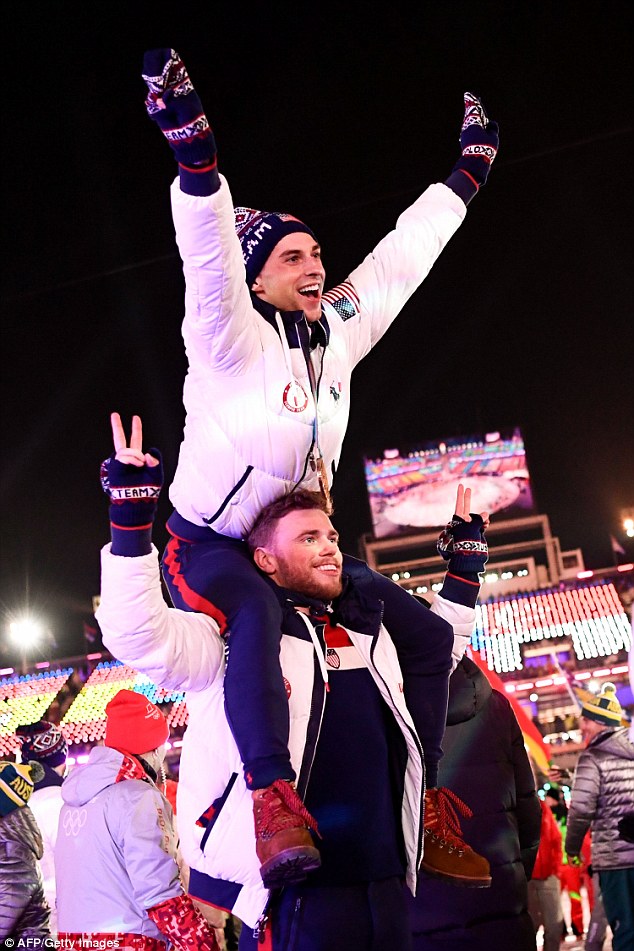 Two gay U.S. athletes Adam Rippon and Gus Kenworthy parade with other delegations during the closing ceremony of the Pyeongchang 2018 Winter Olympic Games 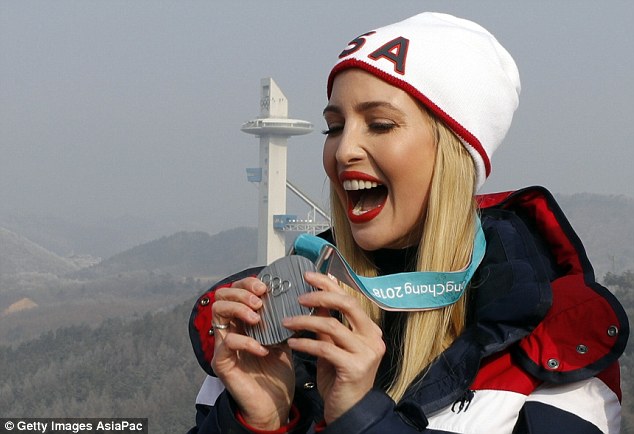 Trump, a senior adviser to her father, arrived in South Korea Friday for a four-day trip. She headed the U.S. delegation at the Olympics closing ceremony

Ivanka flew into South Korea on Friday to congratulate US athletes and build relationships on behalf of President Trump.

Kenworthy also latched onto an online article about Russia defeating Germany for the ice hockey gold medal and added the comment: ‘ Russia’s biggest win since the 2016 US Presidential election!’

But Kenworthy, who was filmed on live American TV kissing his boyfriend here, had a playful dig at Rippon, 28, the other openly gay athlete at the Winter Olympics.

The British-born skier who lives in Colorado tweeted a picture of him with Rippon at the closing ceremony and said: ‘Two weeks ago, at opening ceremonies, we met and a friendship began. Today, at closing ceremonies, it ends. @Adaripp, please stop calling me. You’re honestly starting to get v clingy and I can’t anymore.’ 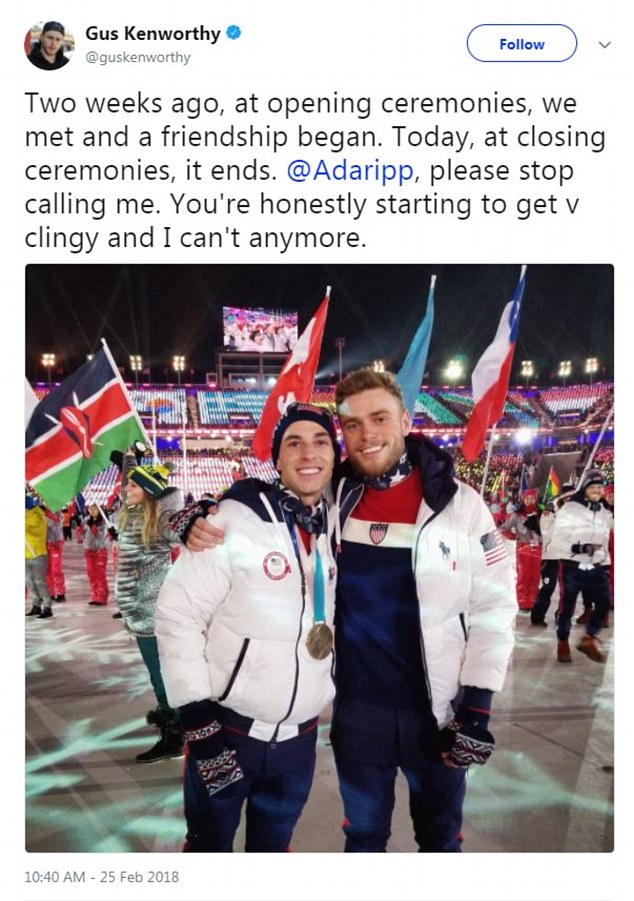 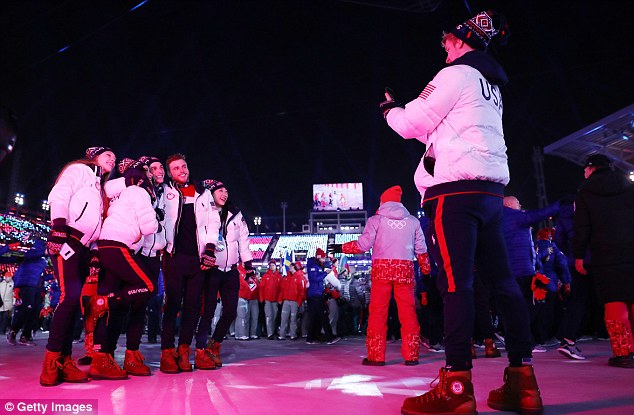