A grieving husband has launched a search for a mystery woman staying on the 10th floor of a hotel in Benidorm where his wife plunged to her death.

Kirsty Maxwell, 27, of Livingston, West Lothian, had been staying at the Costa Blanca hotel with 20 other hen party guests when she fell ten storeys early on April 29.

Her husband Adam, also 27, has been searching for answers and now hopes the unknown guest could be the key to learning more about his wife’s final moments.

Kirsty Maxwell, pictured with her husband Adam, both 27, had been staying at the Costa Blanca hotel with 20 other hen party guests when she fell ten storeys early on April 29 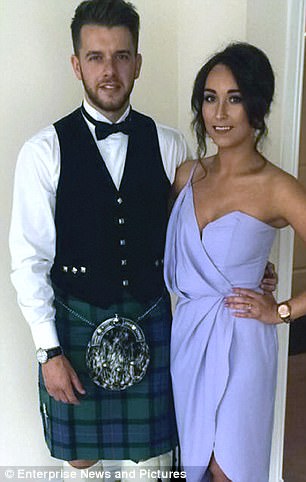 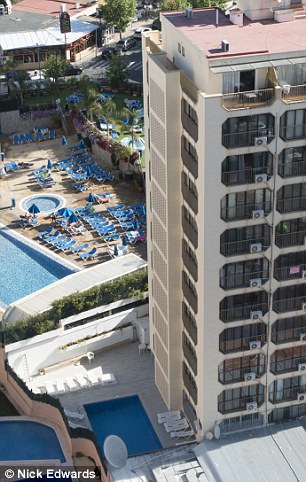 Mr Maxwell (left, with his wife) believes the mystery woman may have been known to five Britons questioned by police over his wife’s death at the Apartamentos Payma (right)

Mr Maxwell believes the woman may have been known to five Britons questioned by police over his wife’s death at the Apartamentos Payma, reported The Sun.

He told reporter Lisa Boyle: ‘This woman has been identified as a witness and we’re asking her to come forward with information – we don’t know her name.

‘We also have been given hotel room numbers and we are desperate to speak to some of the people who stayed in these rooms.

‘It’s shocking we have had to find out this information for ourselves. This is our reality now.’ 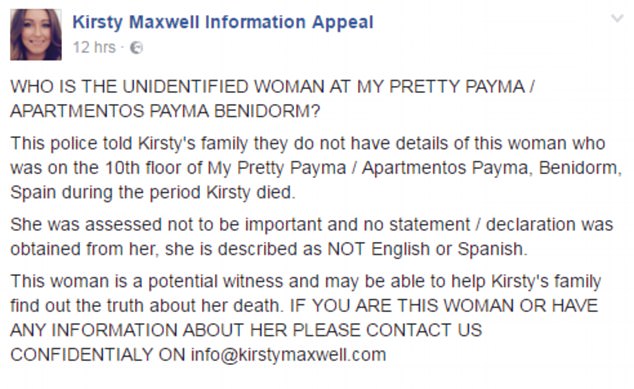 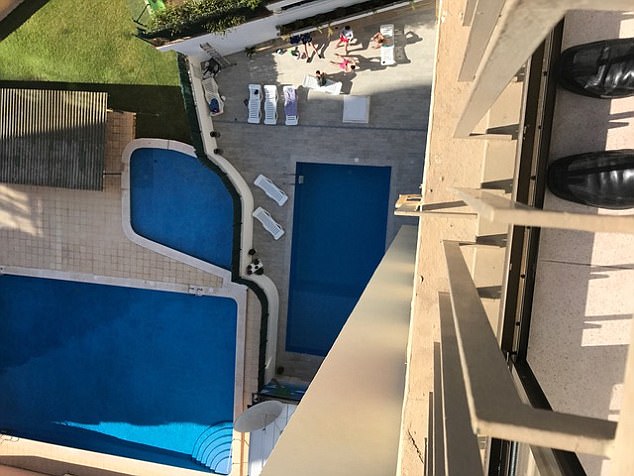 Mr Maxwell added: ‘We’ve had people coming forward with more information and for us it’s vital that we speak to this woman.’

Ricky Gammon, 31, Anthony Holehouse, 34, Callum Northridge, 27, and Daniel Bailey, 32, and Joseph Graham, 32, have all been questioned over the death.

They all deny any wrongdoing. Last month it was suggested the five men being investigated over the death of the holidaymaker may never be charged.

Spanish judge Ana Isabel Garcia-Galbis was asked to remand four of the men in prison on Wednesday by Mrs Maxwell’s family lawyer on July 26. 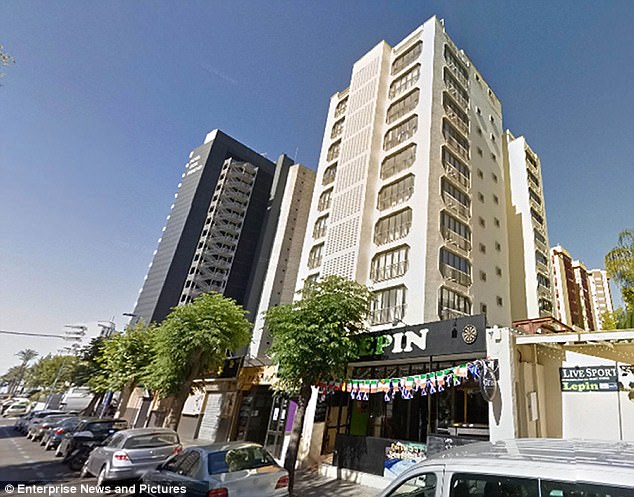 But she rejected the request, saying there was ‘no new evidence of the participation of the investigated men in the death of the victim’.

The Maxwell family lawyer believes her death came as she tried to flee a sex attack, while police are said to have been theorising that it was an accident.

Toxicology tests showed Mrs Maxwell had a blood alcohol concentration of 2.79 grams per litre, putting her more than five times over the Spanish drink-drive limit.

But she had not taken any drugs and her husband has insisted she was not suicidal.