Real Madrid legend Guti has urged Neymar to come to the Bernabeu and reach fresh heights in his career.

The Brazilian star, who only moved to Paris Saint-Germain from Barcelona in a world record £198million transfer last summer, has been linked with a move to the reigning European champions.

And Guti, now a youth team coach at Real, believes that it is the only logical step if Neymar is to further his career. 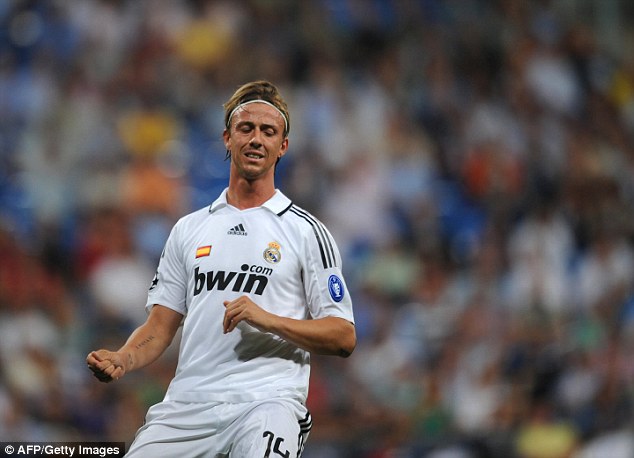 ‘Hopefully, he’ll wear the shirt in the future,’ Guti told radio station Cadena Ser. ‘If he wants to advance and to scale new heights, it’s only Real Madrid left for him.

‘In the end, he was at an important club like Barcelona and now he is at another in PSG but you only really get to see him in the Champions League. All that is missing for him is Real Madrid.’

Neymar won the Champions League with Barcelona back in 2015, but Real have lifted the trophy in the last two seasons under the management of Zinedine Zidane.

They also lead PSG 3-1 following the first leg of their Champions League last-16 contest, thanks to two goals from Cristiano Ronaldo. 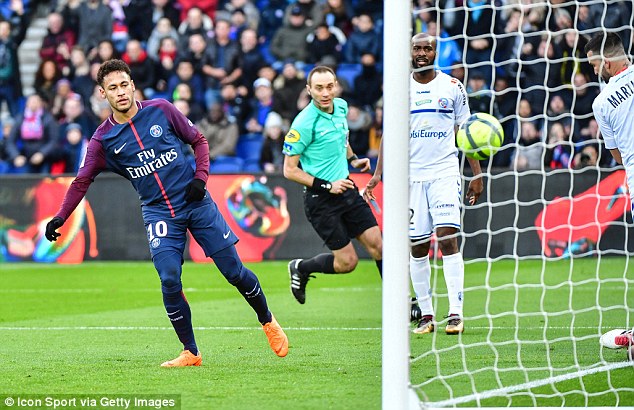 The arrival of Neymar would mean someone has to budge from Real’s forward line, but Guti believes only Ronaldo is ‘untouchable’ at the club.

‘There’s nobody untouchable any more, just Cristiano, because he’s earned it,’ Guti added. ‘[Gareth Bale and Karim Benzema] are great players and if they are at the top level, they are very important players for Real Madrid.

‘But what Zidane has made crystal clear is that he has a great squad and anyone who proves to him that he can play will play.

‘From now on, everyone has to put on their work overalls and try to do the best to get minutes from Zidane.’

Real are at home to Alaves in La Liga on Saturday afternoon.