They may be playing in the AFL Grand Final in front of a capacity crowd at the MCG today, but most Sydneysiders have little idea who the GWS Giants are – let alone their star players.

In AFL-mad Melbourne 900km to the south, the top players are treated like gods and mobbed wherever they go.

But in Sydney – even a day out from their maiden Grand Final against Richmond – it appears to be a different story.

Armed with photos of some of the Giant’s biggest names, including Toby Greene, Stephen Coniglio, Josh Kelly, Lachie Whitfield and Jeremy Cameron, Daily Mail Australia hit the Sydney CBD on Friday to ask locals if they could identify any of the striking men in orange and black.

Unfortunately for GWS, just about everyone we approached had absolutely no idea who, and in some cases what, they were looking at.

There were plenty of baffled looks and scratching of heads but across the board all Sydneysiders interviewed agreed on one thing –  the team was very good looking.

They were also quick to point out their muscly physiques.

‘I don’t recognise him… but I want to!’ an excited but confused Desiree Pare, 24, said when shown a photo of midfielder Stephen Coniglio. 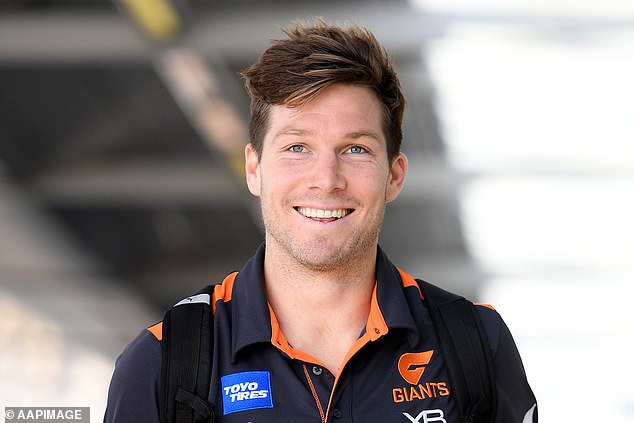 A number of Sydneysiders couldn’t put their finger on who ‘bad boy’ Toby Greene is, with one woman mistaking him for cricketer David Warner

‘These guys are all handsome but I don’t know who they are,’ Liam told Daily Mail Australia.

‘I’ve never seen this guy in my life,’ was Liam and his girlfriend Sasha’s response to all five players they were shown.

Veronica Medina Belo was equally as charmed by Coniglio. ‘I don’t recognise him, but I actually think he’s pretty cute,’ she said.

‘This guy actually looks really familiar but I don’t know where from. I think I’ve seen him on a TV show, maybe Neighbours or something,’ she said. 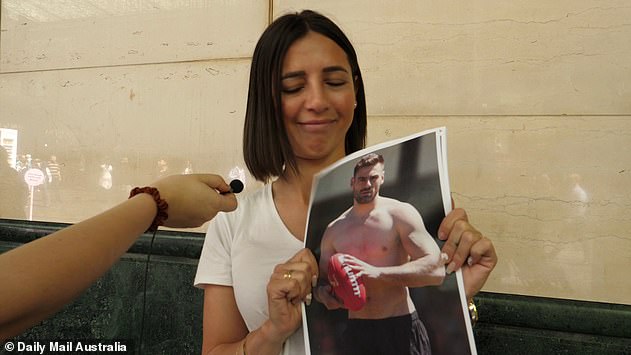 Veronica Medina Belo was charmed by Coniglio. ‘I don’t recognise him, but I actually think he’s pretty cute’ 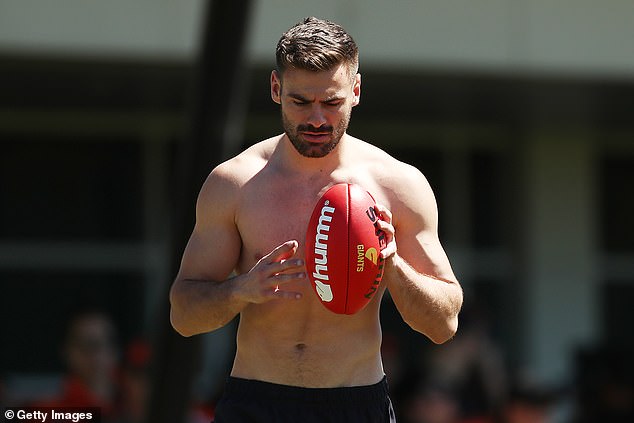 Despite no one recognising him, Stephen Coniglio was a favourite among Sydney locals for his good looks 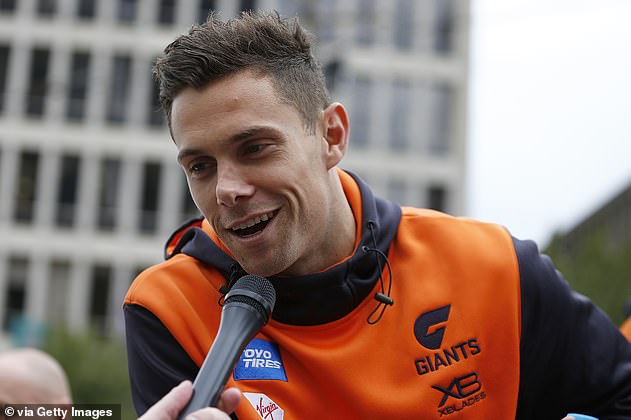 ‘This guy actually looks really familiar but I don’t know where from. I think I’ve seen him on a TV show, maybe Neighbours or something,’ Veronica Medina Belo said

Despite Medina Belo thinking she had seen GWS ‘bad boy’ Toby Greene somewhere before, she couldn’t pinpoint where.

‘Maybe I saw him on social media or something?’ she said.

One woman even mistook Greene for Australian cricketer, David Warner.

Greene made headlines when he copped a $7,500 fine after pleading guilty to a serious misconduct charge over an ugly incident involving Western Bulldogs star Marcus Bontempelli during the qualifying final. 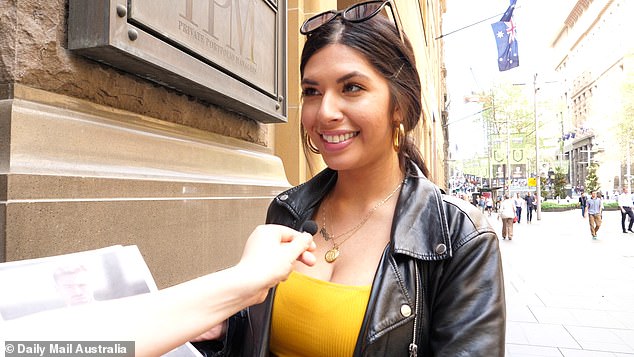 ‘I don’t recognise him… but I want to!’ an excited but confused Desiree Pare, 24, said when shown a photo of midfielder Stephen Coniglio 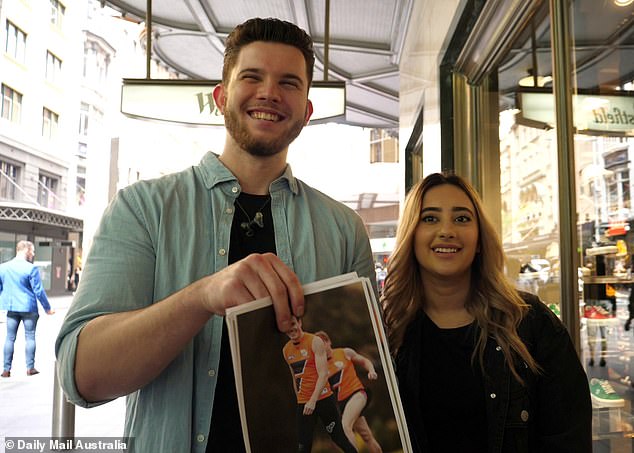 ‘These guys are all handsome but I don’t know who they are,’ Liam told Daily Mail Australia

Greene’s identity managed to allude a number of people.

‘I’ve seen this guy before but I don’t know his name,’ 25-year-old Andy Lanigan said.

His friend Brody Johnston was even less familiar with Greene: ‘I’ve got no idea who he is!’

Josh Kelly also had the pair scratching their heads, with Mr Johnston incorrectly guessing that Kelly used to play for the Swans.

‘Good player, he’s one of my favourites,’ he said.

Although Mr Lanigan didn’t recognise Lachy Whitfield, he was a fan of the midfielder’s locks.

WHO ARE THE GWS GIANTS?

The Greater Western Sydney Football Club – nicknamed the Giants – are an AFL club founded in 2009.

The previous year the AFL gained approval of the all the existing club presidents to establish a new Sydney team.

The team’s homeground is the Sydney Showground Stadium in the Olympic Park precinct.

The team won its way through to its maiden grand final appearance this year – it’s 10th year in game – despite finishing sixth on the competition ladder.

‘Oh the slick back, so I like this guy’s hairstyle!’

Administration worker Bree Ashe gave an across the board ‘no’ when asked if she recognised the players.

The lack of knowledge of the Giants stars from a lunch time crowd in Sydney’s CBD isn’t as surprising given the club’s infancy in a crowded sporting marketplace.

Unlike many other teams with histories that stretch back 100 years, GWS was a created as a business decision by the AFL to try and dominate Sydney – a demographic which prefers rugby league, union and even soccer to the Australian rules football. The AFL has traditionally been seen as a ‘Melbourne’ game in Australia’s biggest city.

The fact GWS has reached a Grand Final after just eight years is a great achievement and will mean the players are unlikely to stay anonymous for much longer.

Only 12,000 people attended GWS home games on average last season and the regular season attendance record for a game not against the Sydney Swans was 15,751 against West Coast in 2017.

However, while these figures are low compared with other AFL teams around Australia, Sydneysiders are more fickle when it comes to watching sport, and an average crowd of 12,000 is similar to most NRL clubs. 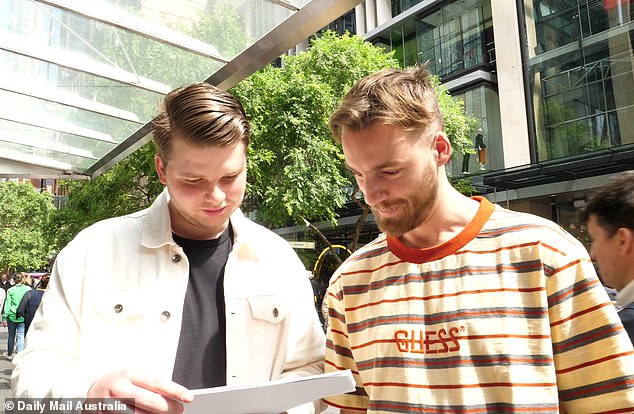 Andy Lanigan  (left) didn’t recognise Lachy Whitfield, but was a fan of the midfielder’s locks: ‘Oh the slick back, so I like this guy’s hairstyle!’ Pictured with friend Brody Johnston