So that’s why Gwynnie’s so skinny! Oscar-winning actress, 50, stuns in black bikini alongside her mother Blythe, 79, as pair soak up the sun on Barbados beach

She has talked about how turning 50 last year left her ‘liberated’ and feeling more comfortable in her own skin than she did as a young Hollywood starlet.

And Gwyneth Paltrow showed off her healthy body on a Barbados beach last week on a festive break – proving that when it comes to good genes, the apple really does not fall far from the tree.

The slim Oscar-winner wowed in a black bikini as she relaxed with her mother Blythe Danner, who looked incredible at 79 in a sarong. 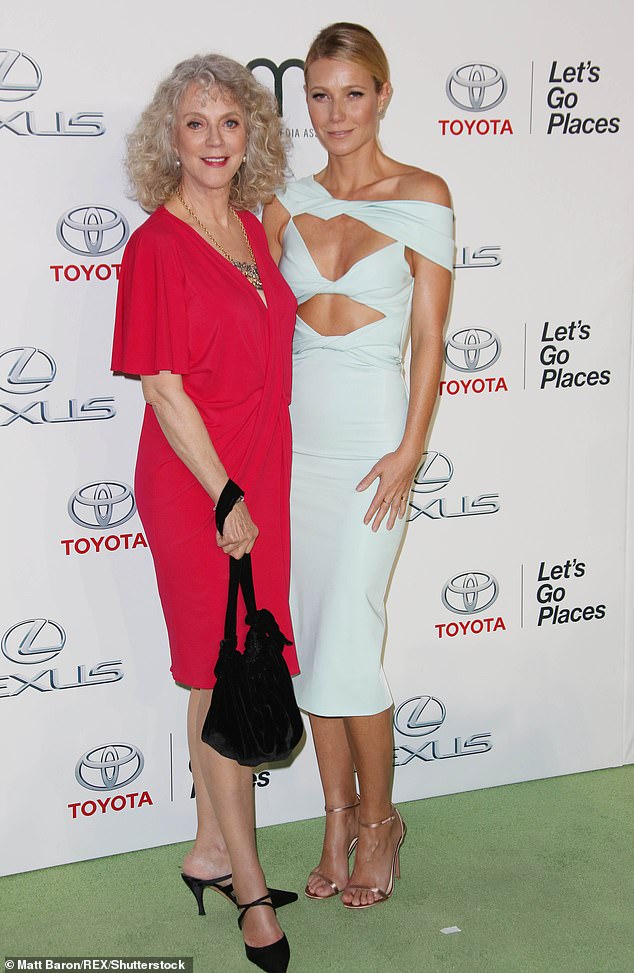 Mother-of-two Gwyneth took a stroll with actress Blythe before going for a swim and sunning herself with daughter Apple, 18.

One onlooker said: ‘It was wonderful to see three generations of Paltrows.

‘It’s clear that good genes run in the family.

‘There was nothing fake about them – they radiated health and happiness.’