By Sameer Suri and Bobbie Whiteman For Dailymail.com

She rang in her 47th birthday this Friday.

And a rare three-generation snapshot of Gwyneth Paltrow surfaced that day – the actress with her daughter Apple Martin, 15, who is the spitting image of her mother,  and mother Blythe Danner, 76.

Gwyneth shares Apple and a son called Moses, 13, with her ex-husband Chris Martin, whom she was married to from 2003 to 2016.

So sweet: A rare three-generation snapshot of Gwyneth Paltrow surfaced on her 47th birthday – her with her daughter Apple Martin, 15, and mother Blythe Danner, 76

Blythe is herself an actress and was married to Gwyneth’s father, movie producer Bruce Paltrow, from 1969 until his death in 2002 after a long battle with cancer.

The new photo of Gwyneth with Blythe and Apple was posted by journalist Derek Blasberg.

The writer, director and producer posted a long and gushing tribute to his wife of just a year on Instagram, saying: ‘Today is Gwyneth’s birthday so I’m just going to say it – she’s the greatest human being ever. 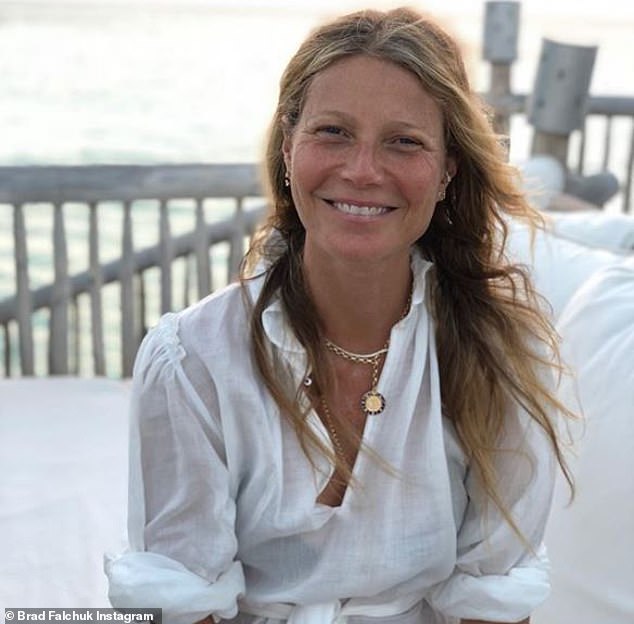 Birthday girl: Gwyneth goes make up free in this Instagram image husband Brad Falchuk shared  on Friday with a long and loving birthday tribute as she turned 47

‘She’s not perfect – her sense of humor can be a little on the dirty side, she gets very angry at other drivers, isn’t that cheery before her first cup of coffee, considers dehydration to be a character flaw and improperly seasoned food hurts her feelings.

‘Even with all of these imperfections, her gifts elevate her – blue eyes that see the best in the people she loves and a tireless drive to make sure they see it too.

‘Soft, hard working hands that she uses to make the most delicious pancakes and make you feel at home with the slightest touch. 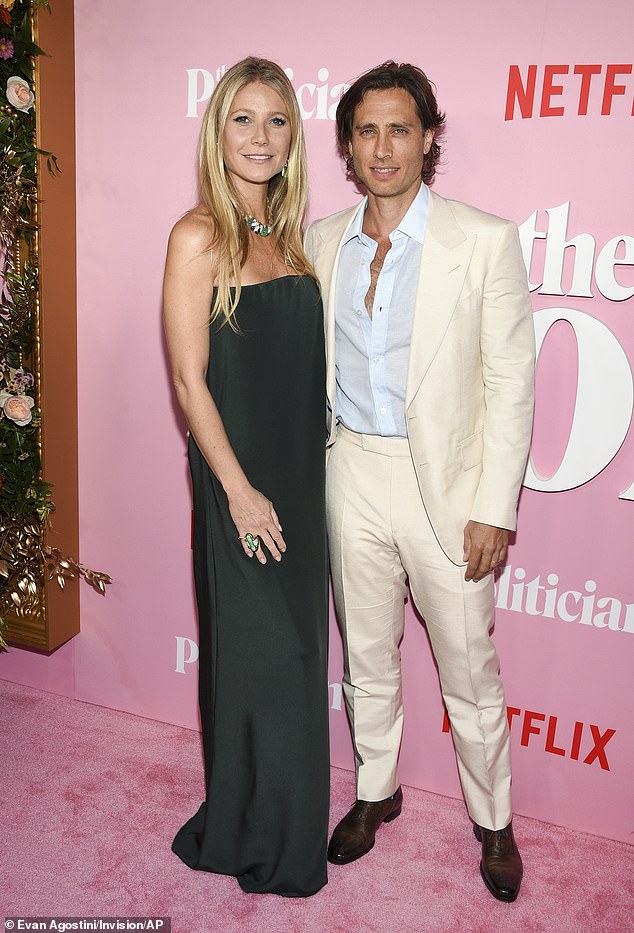 She’s ‘the BEST wife’: Brad was by Gwyneth’s side at the season one premiere of their new Netflix  political drama The Politician at the DGA New York Theater on Thursday

‘She’s a relentless mother and step mother, the BEST wife, all of her friends know she’s their champion and no one wears clothes as well as she does.

‘She’s endlessly fascinating, succeeds at everything she does and drinks whiskey and eats fried food yet still manages to look like that.

‘Happy birthday, Love. I know I’m not the only person to say, thank God you were born. I love you.’

The couple tied the knot in September 2018 after meeting on the set of his Glee.

Gwyneth infamously popularized the phrase ‘conscious uncoupling’ when she announced her split from Chris, who is the frontman of Coldplay.