Gwyneth Paltrow and husband Brad Falchuk are still feeling the effects of COVID-19 after testing positive early on during the pandemic.

Now, nearly a year since their diagnosis, the Goop founder gave a glimpse into their road to recovery, as well as some of the long-lasting symptoms, in an interview with People.

‘He actually only got his taste and smell back in January, so nine months after he lost it,’ Paltrow said of her husband, while also noting that they’ve both suffered from ‘a bit of fatigue and brain fog.’

Road to recovery: Gwyneth Paltrow, 48, shared about the lingering symptoms she and husband Brad Falchuk, 50, have been dealing with since testing positive for COVID-19 early on in the pandemic last year

Taking a brief moment to reflect, Paltrow thought of the millions of people around the world who have had to cope with lingering symptoms.

‘But there’s so many people who are going through it and we’re getting better all the time,” she added.

With their health on the rebound, the couple were able to celebrate Falchuk’s 50th birthday, on March 1, with a trip to the mountains of Wyoming.

Long-lasting effects: The Goop founder revealed she and Falchuk still suffer from ‘a bit of fatigue and brain fog’ nearly one year since their diagnosis 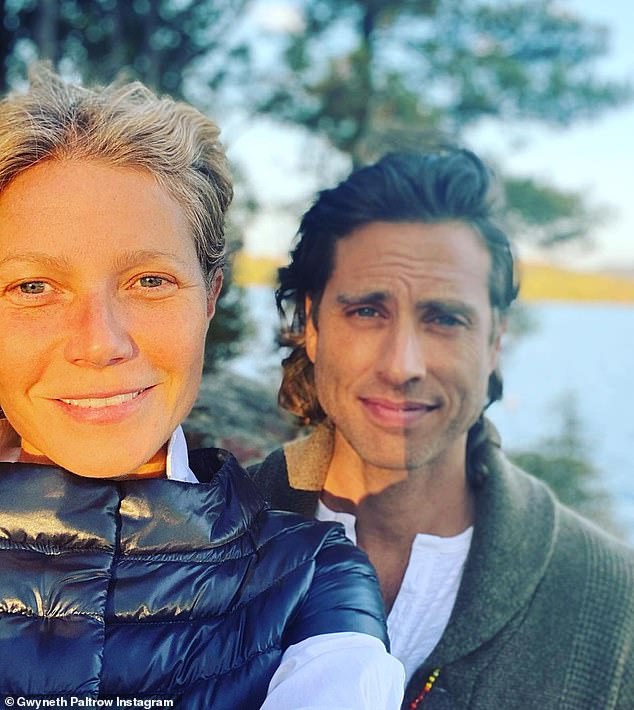 Common symptom: ‘He actually only got his taste and smell back in January,’ Paltrow said of her husband in the interview with People (The TV Show)

‘We actually were able to go skiing in Wyoming with a few friends on a COVID safe trip and it was amazing,’ the Academy Award-winner said of their special time together.

It was so nice to celebrate him. He’s such a special, amazing man.’

Just last month, on her Goop website, the mother of two shared about her coronavirus symptoms.

‘In January, I had some tests done that showed really high levels of inflammation in my body. So I turned to one of the smartest experts I know in this space, the functional medicine practitioner Dr. Will Cole,’ she wrote about her search for the extent of the damage done by the virus.

‘After he saw all my labs, he explained that this was a case where the road to healing was going to be longer than usual.’ 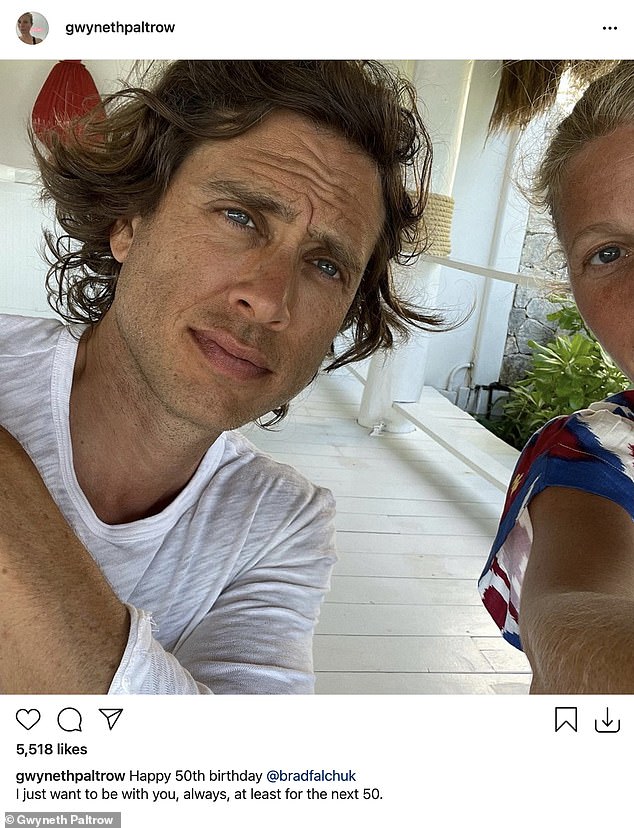 Milestone: With their health on the mend, the couple recently celebrated Falchuk’s 50th birthday with a COVID-safe skiing trip to Wyoming with friends

Since then, Paltrow has been even more stringent about her diet, which includes eating healthy foods and eliminating sugar and alcohol.

‘Everything I’m doing feels good, like a gift to my body. I have energy, I’m working out in the mornings, and I’m doing an infrared sauna as often as I can, all in service of healing,’ she said at the time.

She has also been on a regimen of supplements, that are mostly ‘in service of a healthier gut.’

Paltrow met Falchuk in 2010 when she appeared on the hit the television musical series Glee, which he co-created and produced.

They would reconnect in the ladder part of 2014, after her split from first husband and Coldplay frontman Chris Martin, and eventually go public with their relationship in April 2015.

The couple would tie-the-knot in September 2018. 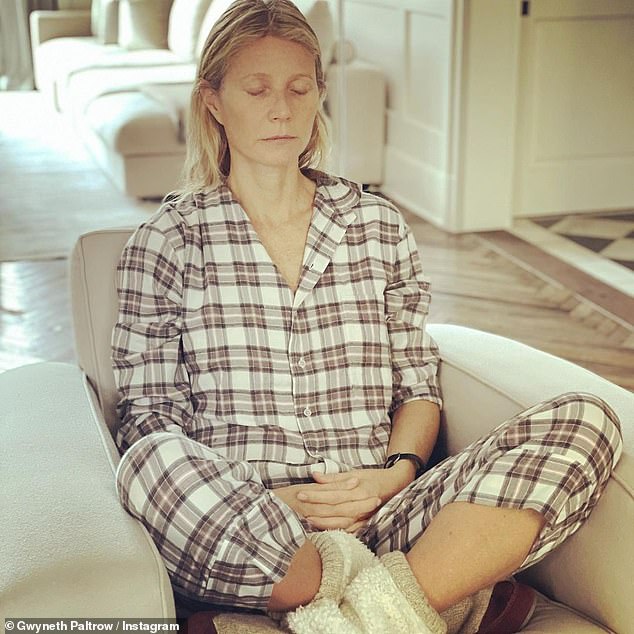 Healthy choices: Just last month, on her Goop website, the mother of two shared about how she’s been even more stringent about her diet, post COVID, which includes eating healthy foods and eliminating sugar and alcohol, and her daily meditation