Has your life been lacking a £3,600 diamond constellation ear cuff? How about a crystal- imbued water bottle, to give your drinking water some ‘positive energy?’

Yearn no more. For while until now these items have only been available via a few clicks on a certain celebrity-founded website, if you’re a resident of one of London’s more well-heeled neighbourhoods then, as of yesterday, they were available over the counter.

Money bags: Kathryn after her visit to the Goop store

The name of that store can, of course, only be Goop, the brand started more than a decade ago by actress Gwyneth Paltrow and that — despite no shortage of detractors — has morphed from a weekly email newsletter featuring ‘a little bit of everything that makes up my life’ into a global lifestyle and wellness website; a behemoth estimated to be worth a cool £200 million.

Until recently the brand’s carefully curated — and eye-wateringly expensive — skincare, fragrance, clothes, homeware and supplements were only sold online.

Last September, however, Goop opened the doors to its first permanent bricks-and-mortar shop in Los Angeles, with pop-up stores in New York, Dallas and the Hamptons, where Gwyneth — naturally — has a holiday home.

Now, to mark its tenth birthday, the brand has launched a pop-up store in London, in the city where it all started. Gwyneth apparently came up with the idea for the website while sitting around her kitchen table in the marital home she used to share with ex-husband Chris Martin.

The shop nestles alongside the designer clothes stores and expensive coffee shops of West London’s Westbourne Grove — a place whose wealthy residents are possibly more open than most to Gwyneth’s more outrageous (some might say wacky) practices.

Let’s not forget this is a woman who famously recommended that ladies steam their private parts to ‘balance female hormone levels’.

So what should you expect from a visit to her shop?

Although, sadly, there was no sight of Ms Paltrow herself yesterday, there were, however, a host of flinty-eyed PR assistants on the alert for anyone who might not be taking the whole business seriously enough.

Their caution was understandable, given that over the years Goop has attracted no shortage of censure for peddling what one critic recently described as ‘smug, overpriced crackpot twaddle’. 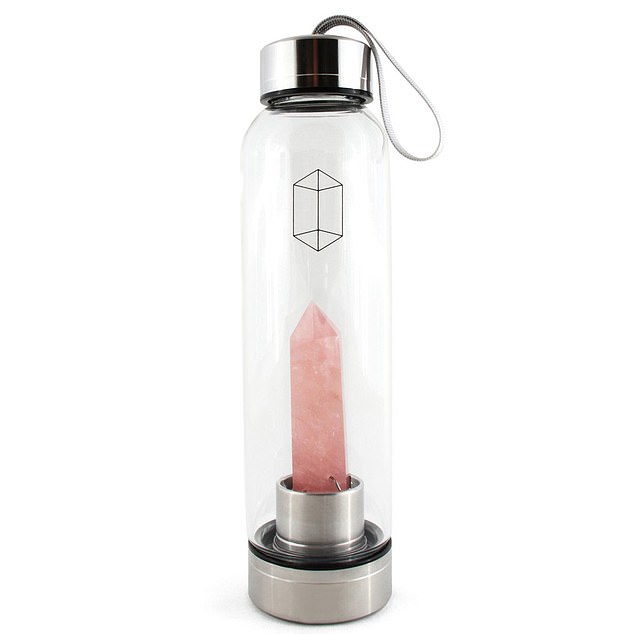 Could she, by any chance, have had the site’s sex dust, to improve libido and priced at £260 in mind? Or its £65 Jade and Rose Quartz eggs — designed to be used internally to ‘increase sexual energy’?

That latter boast led to a $145,000 (£112,000) settlement in the U.S. for ‘unsubstantiated claims’, although a Goop statement said the settlement acknowledged no liability on the company’s part and addressed only advertising, not the products themselves.

What that means in layman’s terms is that — happy days — Goop’s ‘special’ eggs remain on sale, albeit without any accompanying health claims. Yesterday, nestled behind a sliding glass door in the West London store, they were described instead as ‘once the strictly guarded secret of Chinese concubines’.

‘Jade is more healing, while rose quartz crystals are more for connecting with your generous and loving side,’ explained one well-meaning assistant, who sidled up after watching me scrutinising them.

He was just one of many there to serve yesterday — at one point there seemed more assistants than shoppers — all of them young, enthusiastic and smiley.

‘Do you know your crystals?’ another twentysomething man enquired when I asked about the point of a water bottle with a crystal stuck in the bottom costing £54. ‘They give their energy to the water.’

A French assistant, meanwhile explains how the ‘Goop Medicine Bag’ — eight ‘chakra-healing’ crystals, ‘energetically cleansed with sage, turned with sound waves, activated with mantras and blessed with Reiki no less’ — would work to help my energy levels.

What’s more they are rechargeable: just leave them out when it’s a full moon.

As the morning wore on, Notting Hill’s yummy mummies started to roll up.

A thirtysomething blonde in leather trousers was scanning the racks of clothing with an expression that suggested £780 was not unreasonable for a plain black dress.

If a bricks and mortar store will succeed anywhere, it is here. It’s open until January.