Gymnast falls to floor as she fails to grab a swing

A gymnast missed her grip and fell down 3 metres (9.8 feet) during a circus performance in southern China.

The 14-year-old girl suffered a fracture in her left thigh bone but has no life-threatening risks.

Video emerged online showing the moment of the fall that shocked the audience right in front of their eyes. 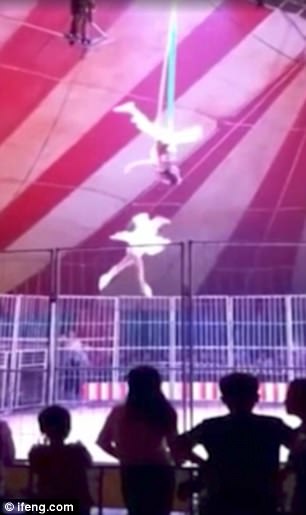 A 14-year-old gymnast was performing a show in a circus with a male partner (left). She loose grip of a prop by her teeth and started to fall (right)

According to iFeng.com, the incident happened at around 9pm in Changsha, Hunan Province, on September 28.

The 14-year-old failed to grab the tool which would assist her in using her teeth while another male gymnast spinning upside down on top.

It’s unknown how many people attended the show. 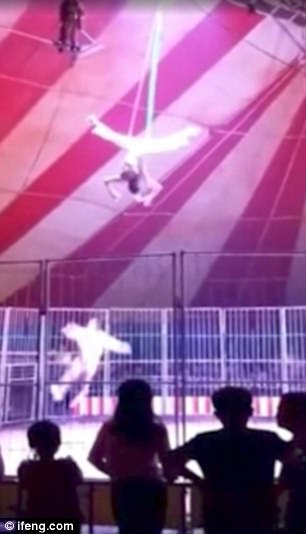 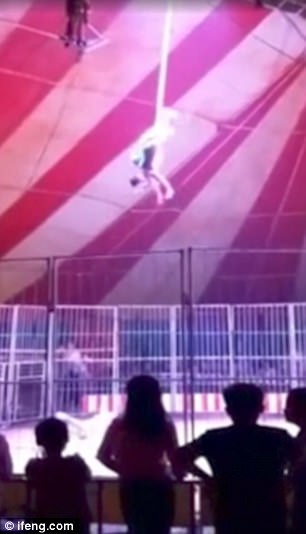 She fell from three metres (9.8 ft) high and plunged straight to the ground (left). Her partner could not grab her although he hung on a swing on top (right) 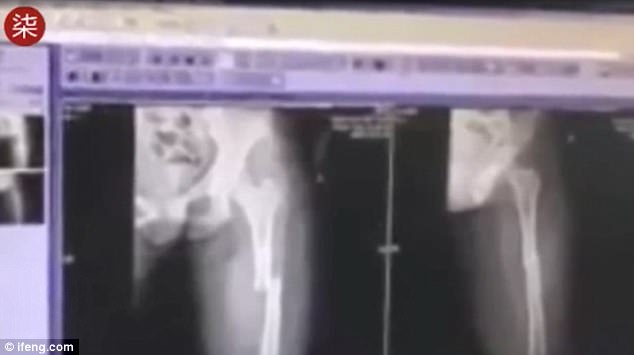 The name of the circus show has not been revealed. The girl was rushed to a local hospital for treatment.

Doctor did an X-ray scan on the girl and found fractures on her left thigh bones. Luckily, the injury has not caused any serious impact on her.