Gymnast Natasha Coates is allergic to everything

A rare disorder has made a young gymnast allergic to everything – including her own tears, hair and even exercise.

Natasha Coates has mast cell activation syndrome (MCAS), which causes severe allergic-like symptoms to changes in the weather, many foods and everyday products.

These include seizures, throat swelling, difficulty breathing, an inability to feel her limbs and her joints popping out.

When the 22-year-old’s hair grows, her scalp starts to blister and burn, causing her to be in agony.  When she cries, the tears cause a red rash down her face, and certain foods can be fine one day, and the next can almost kill her.

Ms Coates experiences multiple reactions a day – typically migraines, itching and swellings – causing her to have used over 250 EpiPens and countless trips to the hospital due to the life-threatening reactions.

Yet she refuses to let her condition from holding her back. Despite being triggered by physical activity, she is an elite gymnast competing in the Disability British Championships and is ranked number one in the UK. 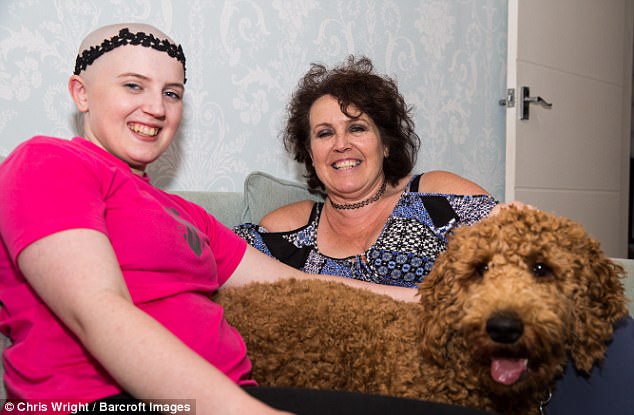 It causes severe allergic-like symptoms to weather, many foods and products 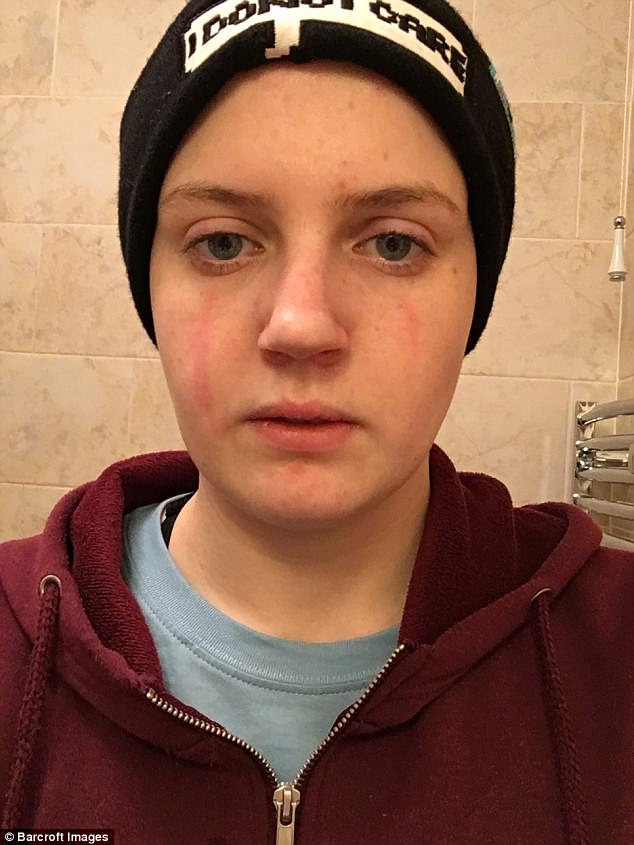 When she cries, the tears cause a red rash down her face, and certain foods can be fine one day, and the next can almost kill her

Ms Coates, from Nottingham, said: ‘One day I could eat a cheese sandwich and I will be fine. I could eat the exact thing the next day and it could try and kill me.

‘And the day after I could eat it again and it will be fine. I don’t know what I’m going to react to next.

‘There are so many things I react to; changes in temperature, I react to bath products, beauty products, deodorants, sprays, absolutely everything… different make-ups, just things around the house.

‘I am allergic to everything.’

Symptoms of the condition only started to develop when she was 18, but it took Ms Coates two years to be diagnosed.

She said: ‘Towards the end of 2012 I started getting allergic reactions to fruit. My lips would blister a little bit and feel a bit itchy. First it was apples, then strawberries and then it was tomatoes.’

She was sent to an allergist and told she had oral allergy syndrome and to carry an EpiPen just in case.

‘But then I was out one day with friends at an event,’ she explained. ‘I hadn’t eaten anything new. I hadn’t drunk anything new and I suddenly felt really unwell.

‘The next thing I know, they are putting an oxygen mask on my face and then I lost consciousness.

‘I was told I’d had a life-threatening anaphylactic reaction.’

She was then shocked to find out she had MCAS, which is caused by a genetic mutation that results in an excessive number of mast cells in the body.

Mast cells normally help protect you from disease by releasing substances such as histamine and leukotriene. But with the condition, excess mast cells can build up in your body and these become hyperresponsive and can cause potentially-deadly anaphylaxis.

‘Reactions can vary,’ she said. ‘They can be anything from just feeling under the weather, itchy, very tired or they can be life-threatening like tongue and throat swelling.’ 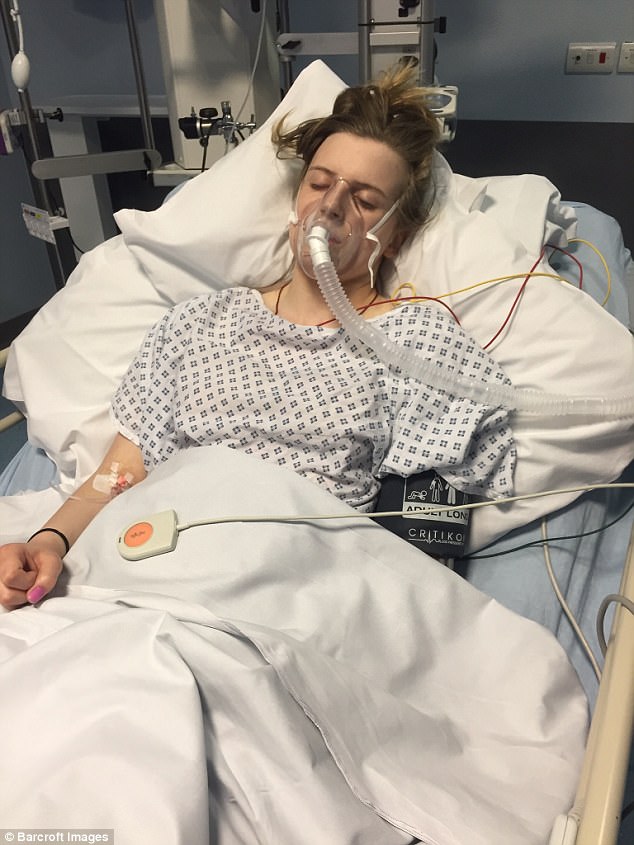 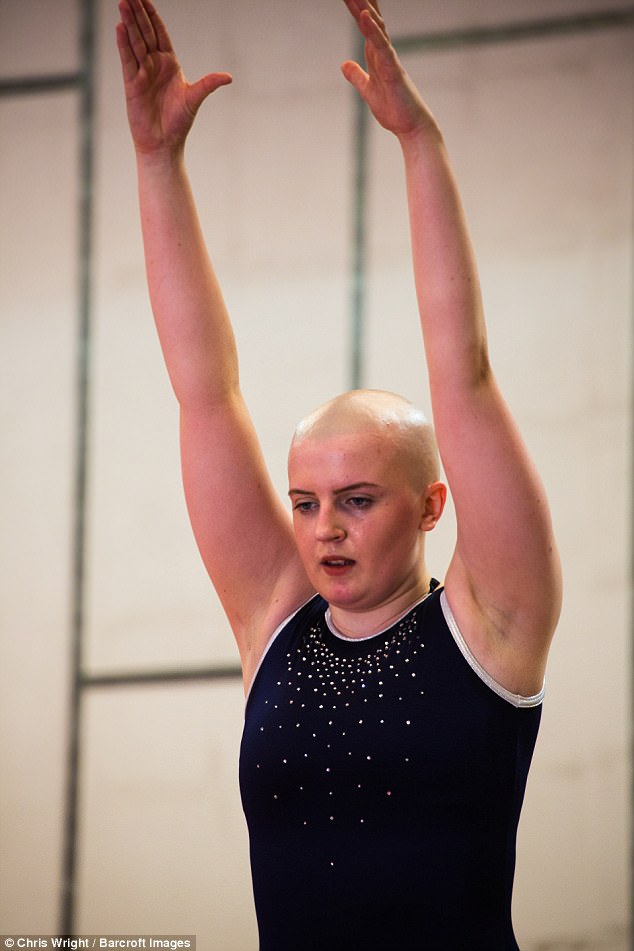 Despite her condition, she’s an elite gymnast in the Disability British Championships

She said: ‘I am not able to do most things most 22-year-olds do. I can’t drink alcohol. I can’t even tolerate it on my skin. I can’t go out clubbing just because of the environment with all smoke and food.

‘Mast cell activation syndrome is an incredibly difficult condition to live with. It can be very hard to cope with because I can never know what’s going to happen during the day.

I never know if I am going to make it. If I will be sleeping in my own bed or be in a hospital bed. Or even if I will survive to be honest.

‘I just kind of have to make the bald girl look work really. I don’t have much choice.’

‘I’m known as the weather lady’

To avoid potential reactions, her mother, Adele, only cooks certain safe foods and keeps the house as clean as possible to reduce the pollen and dust.

She also ensures that anyone who enters their front door washes their hands to not bring infection in.

Mrs Coates explained: ‘To reduce the chance of Natasha having a reaction I tend to be over-zealous with the cleaning, dusting, wiping surfaces down, making sure people wash their hands when they come to the house.

‘They can wash their hands when they go if they like as well, just to keep her safe really.’ 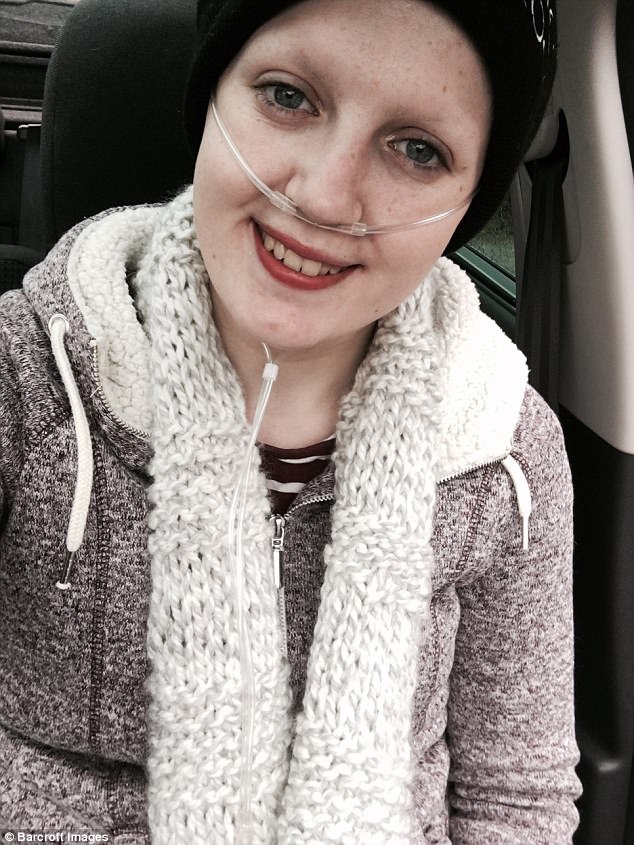 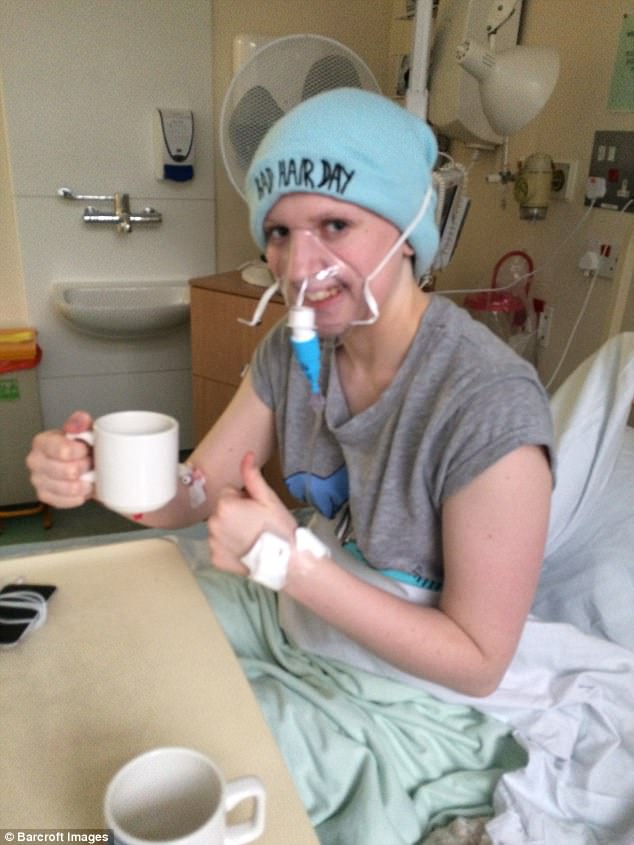 Ms Coates said a subtle change in the weather can make her ill.

She said: ‘I am so sensitive to the environment around me that I can tell when the weather is going to change.

‘If there is going to be a storm, I can feel the pressure changes because I have got quite severe bone pain or the pollen in the air drops.

‘I will experience high fever type symptoms. So, I am pretty much known as a weather lady.’

‘Gymnastics for me is my therapy’

Ms Coates said her severe symptoms present many challenges but she’s determined to excel in gymnastics.

She said: ‘I have done gymnastics since the age of eight, just recreationally. And when I developed this condition I wasn’t able to keep up with the mainstream gymnastics so I switched to disability.

‘There are lots of barriers when I exercise because of the way chemicals affect my brain.

‘I lose the feeling from my elbows down and my knees down. So, when I stand on the beam, I can’t feel my feet, I can only look at the beam to know where they are. When I catch the high bar, I can’t feel my hands actually to grasp the bar. 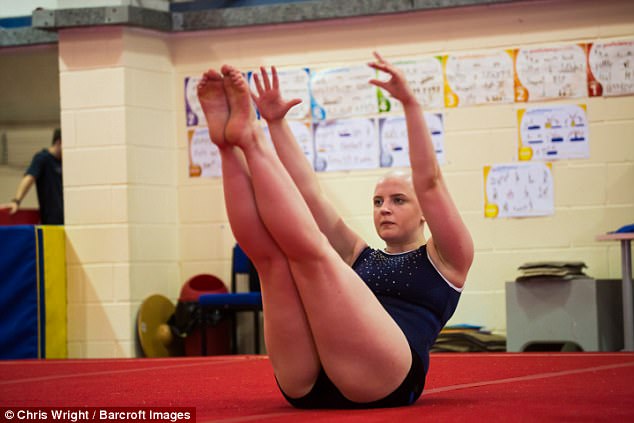 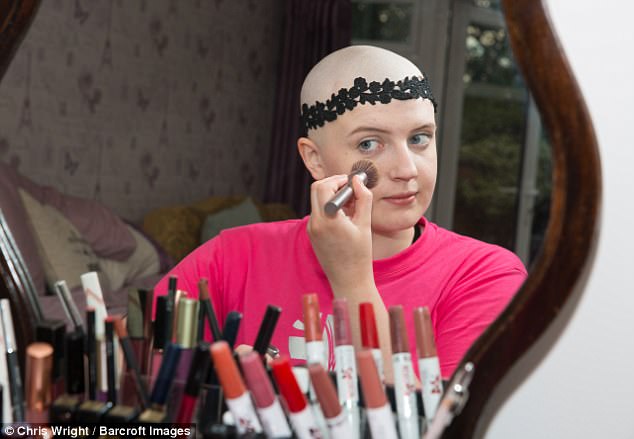 ‘I can react to bath products, beauty products, deodorants, sprays, absolutely everything’ 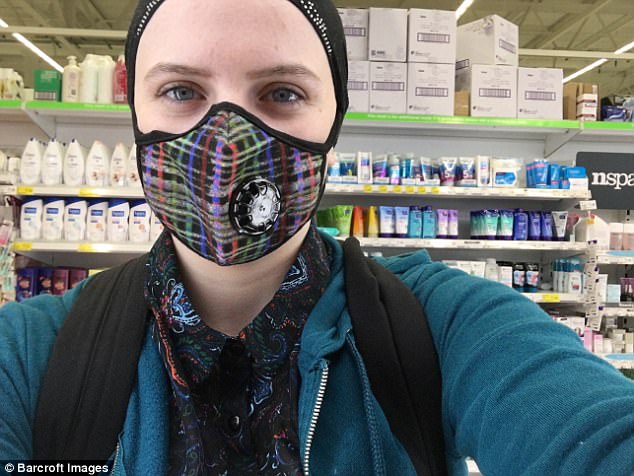 WHAT IS MAST CELL ACTIVATION DISORDER?

Mast cell activation disorder (MCAD), also known as mastocytosis, is a rare condition caused by an excess number of mast cells in the body’s tissues.

Mast cells are produced in the bone marrow and are an important part of the immune system and help fight infection.

When mast cells detect an allergen, they release histamine and other chemicals into the bloodstream. Histamine makes the blood vessels expand and the surrounding skin itchy and swollen.

Mast cells sometimes mistake harmless substances, such as pollen, for infectious germs, and trigger the process of swelling.

This can cause the skin to become red, swollen and itchy, and it can also create a build-up of mucus in the airways, which become narrower.

People with the condition have an increased risk of having a severe and life-threatening allergic reaction called anaphylaxis.

Symptoms include itchy skin or a raised, red skin rash, feeling light-headed or faint and swelling of the throat, mouth and tongue which can lead to breathing difficulties.

‘Gymnastics for me is my therapy. It keeps me sane and also helps with my physical ability.

She is now trying to raise awareness of MCAS and how it affects its sufferers.

She said: ‘I think quite a lot of people don’t see me as disabled, that can be quite frustrating when I need adaptations.

‘People think of disability as missing limbs or, you know, in a wheelchair.’

MCAS affects every part of Natasha’s life and has a huge impact on what she can do on a daily basis.

She explained: ‘Mast cell activation syndrome affects every bit of my life. From what I eat, where I sleep, to the products I use, to the people I interact with, to the places I go.

‘I stay positive just by practicing being positive – you know I say, “Fake it till you make it”, if I just keep telling myself that it’s okay this will be alright then I start to believe in myself.

‘When I developed this disability there was no one for me to really look up to and I want to be that role model for people.’