Gyms open in NSW from 13 June

Community sport for under-18s will restart on 1 July.

Until now, New South Wales, which has 1,500 gyms, was the only jurisdiction where owners do not know when they can open their doors.

Gyms are open in Western Australia, South Australia and the Northern Territory and will re-open in Victoria on 22 June.

In Queensland, indoor gyms reopen and from Friday June 5 can have up to 20 people.

In the ACT businesses, including gyms, can now have 20 people at a time with this expected to be raised to 50 on June 15. 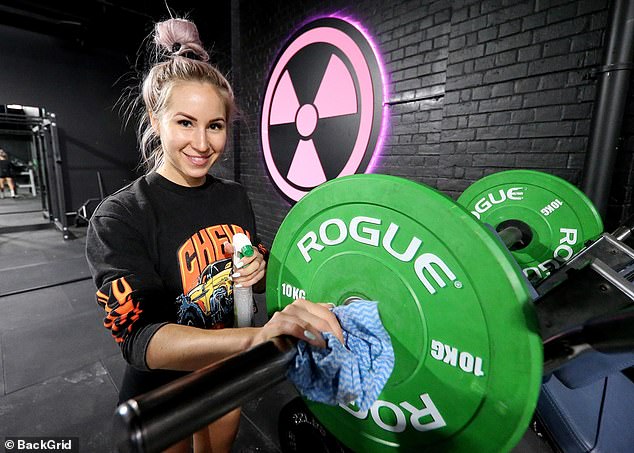 Gyms have opened in Queensland and can have up to 20 people. Pictured: Nicole Hall, 28, cleans weights at Club Bunker in Brisbane on Sunday ahead of today’s reopening