Police have questioned Dr Vyacheslav Tripolko after an unnamed woman saw herself on an adult site undergoing an ultrasound investigation.

Officers found a hidden camera in his Odessa clinic after receiving the complaint.

This image shows Dr Vyacheslav Tripolko, who has been accused of using hidden cameras in his gynecology examination room in Odessa, Ukraine, and selling the footage to an unnamed adult website 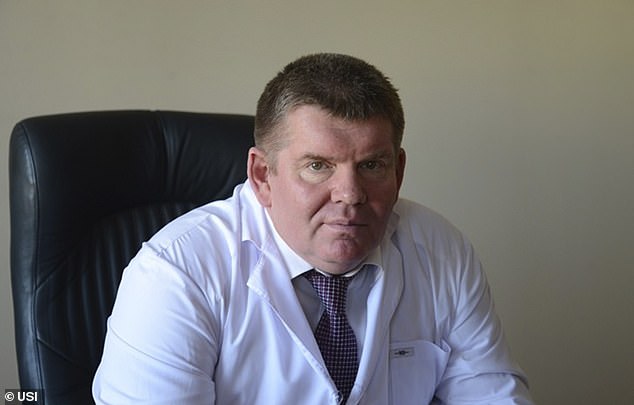 Dr Oleg Lukyanchuk, pictured, the head of the Odessa hospital where the gynecology clinic is based, has said that he was ‘stunned’ by Dr Tripolko’s behaviour. Dr Tripolko, not pictured, claimed that someone must have installed the cameras when he had an alarm system fitted last year 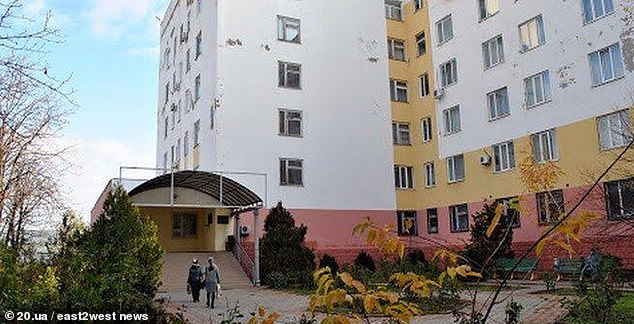 This image shows the Odessa Regional Oncological Centre in Odessa, Ukraine where the filming of the intimate examinations took place

A pre-trial criminal probe has been launched by police into the production and distribution of pornography which carries a maximum seven year jail term.

The ‘respected and popular’ gynaecologist has not been detained but is no longer holding surgeries at his clinic because his lease was annulled following the scandal.

A patient who exchanged texts with Dr Tripolko after the revelations surfaced said he denied making secret videos of naked or partially naked women.

She said: ‘He thinks he is a pawn in somebody else’s game.’ 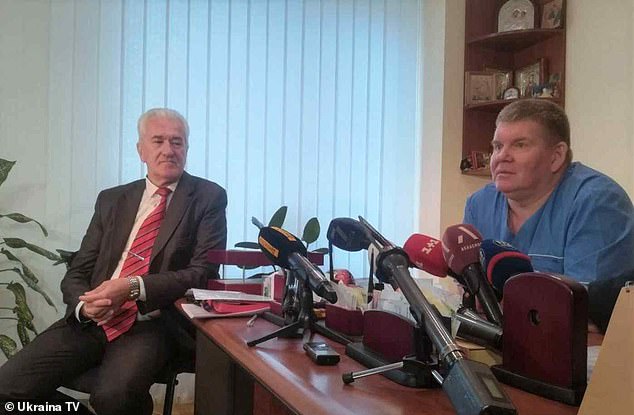 Head doctor of the Odessa Regional Oncological Centre, Oleg Lukyanchuk, right, and his lawyer Alexander Sainchin, can be seen meeting journalists in the aftermath of the discovery

But the doctor told her he had been questioned by police over the footage.

‘Anyone could install that camera. It must be proved that it was Tripolko who installed it and passed on the videos,’ she said.

Police have also questioned the IT manager at an oncological hospital where Dr Tripolko’s independent practice is located.

However, this man told officers he had no responsibility for the gynaecological clinic which occupied rented space at the hospital and used a different internet provider.

The doctor claimed that last summer he had a new alarm installed in his clinic and a hidden camera could have been put in at the same time.

The head of the hospital where the gynaecology clinic was based, Dr Oleg Lukyanchuk, said: ‘At first, I thought it was someone’s evil joke.