Gypsy twins who are ‘men’ at just 11 years old

While most children have spent the summer holidays playing with friends and enjoying family days out, it’s been a much more laborious break for twins Abraham and Johnny, 11.

The brothers from Essex have spent their six weeks off driving around in their Smart car, wheeling and dealing at horse sales and building their own gym so they can train for their future careers as cage fighters.

Featuring, in the Channel 5 series Gypsy Kids, Abraham explained that he already considers himself a man, albeit in the body of a child.

‘A man is just like being a child but bigger and you know a lot more stuff,’ he said.

Proving their maturity, the boys earn their own cash by helping their father with his work, which involves landscape gardening, fencing and laying patios.

And they have even moved into their own caravan on their grandfather’s land on Five Oaks Farm next to their mother Maria.

‘We’re too old to live up there – plus we can’t stick our parents,’ Johnny told The Sun.

‘Abraham added: ‘We go to school but when we’re home, it’s like our own Traveller school here. I learn off my grandfather when he buys horses, and deals cars, I go with him so I can learn.’

Johnny and Abraham, 11, from Essex feature in Channel 5’s Gypsy Kids, telling the show that they are already adults in children’s bodies 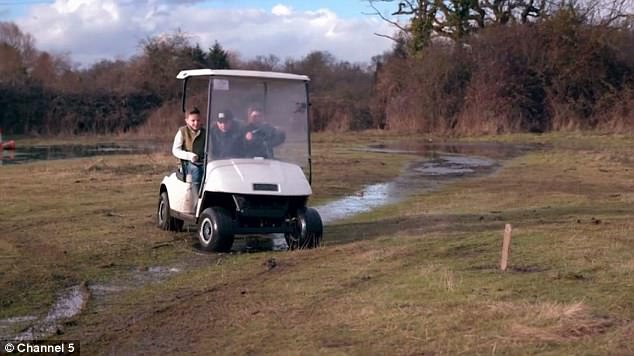 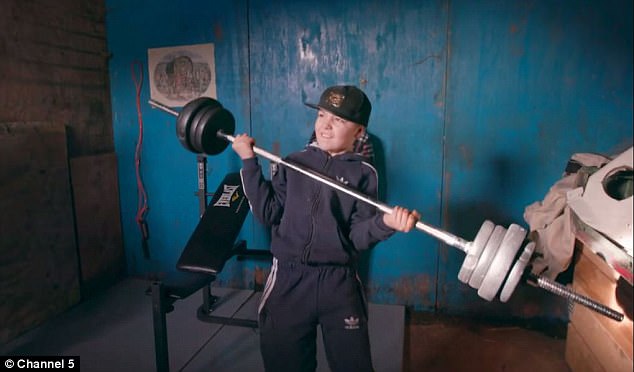 Johnny training hard: The pair are building their own gym in a barn and want to be cage fighters after taking up boxing at the age of five

The sporty pair started boxing when they were five-years-old and look up to their Uncle Tony, a gypsy cage fighter, who is helping them to build their own training gym in a barn.

‘Johnny said: ‘Tony is probably the most popular gypsy cage fighter in the world. If he gives me advice I listen to it because I know it means good things.’

Another skill the boys have picked up is driving, and are both adept behind the wheel of their own silver Smart car. 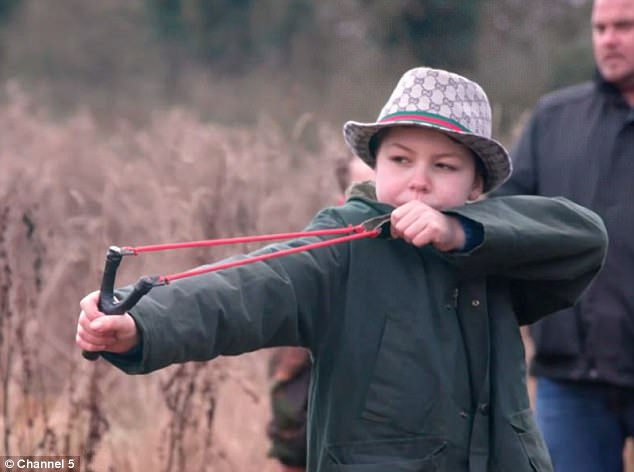 Johnny showing off his skills with a catapult, one of the traditional skills the boys have been practicing over the summer holidays 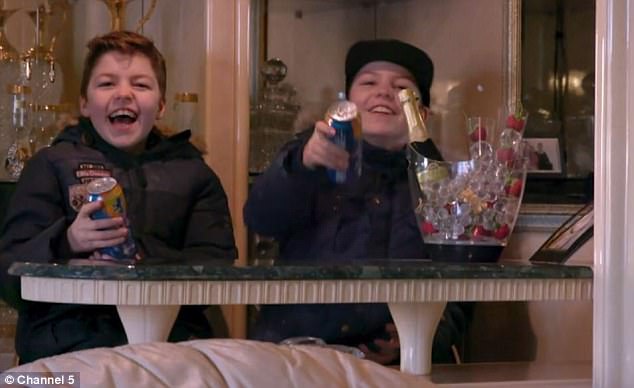 Abraham boasts of being able to drive an automatic and a manual and the pair also tear around the side in their golf buggy.

To add to their self sufficiency, they’re learning traditional skills such as cooking in the traditional way in an iron pot over the fire and catapulting.

Abraham said: ‘When my granddad was little he went hunting with his catapult.

‘It was like a long time ago then because he had to shoot deer and rabbits to keep his family alive and put food on the table for his mum and his dad and that.’

Despite their rather adult lives outside school, the boys will be completing their education and are soon returning for their second year at secondary schol. 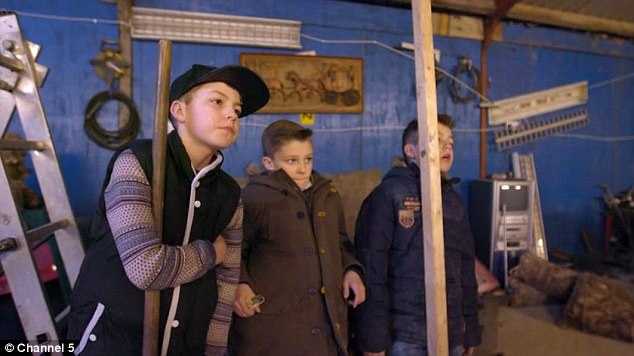 The youngsters attending a catapulting competition with a friend

Their sister Sammy-Jo is also set to take her GCSEs early because of her good grades.

And she has a somewhat scathing view of the boys’ maturity – and skill at catapulting.

‘Being the twins’ sister is…hmm,’ she said. ‘They don’t ever hit anything they aim at just people and windows and smash everything.

‘They think they’re all grown up and know everything but they’ve got proper childish behaviours as well.’ 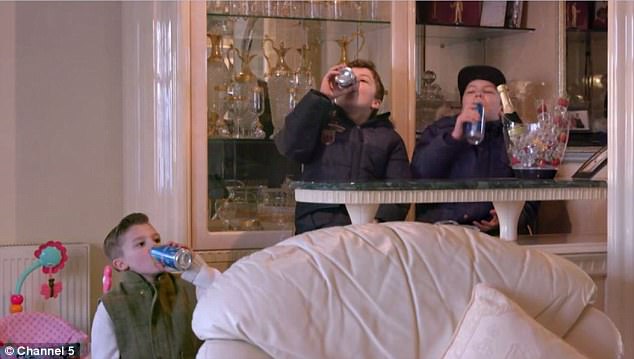 The cheeky pair pretend to have a beer in their caravan, which they’ve moved into to get away from their parents 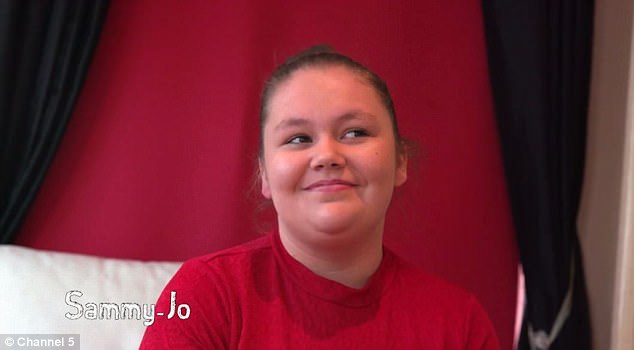 Sammy-Jo, the boys’ older sister, is not quite so impressed by their claims of maturity

Giving an insight into the different kind of pressure gypsy children face, their uncle Tony explained: ‘If you don’t take yourself seriously at what you do you get branded basically in the community and you don’t want be branded as a jackass or a joker.

‘You wanna be branded as a righteous man. To be a gypsy kid there’s a lot of pressure, the best fighter, the best horse man, the best person with a catapult, the best gatherer really. That’s our culture basically that’s our world.’

‘You’ve got to do it to your best because you’re not little boys now you’re little men. A proper gypsy man has that fight to be the best. If you’re gonna do something do it properly.’ 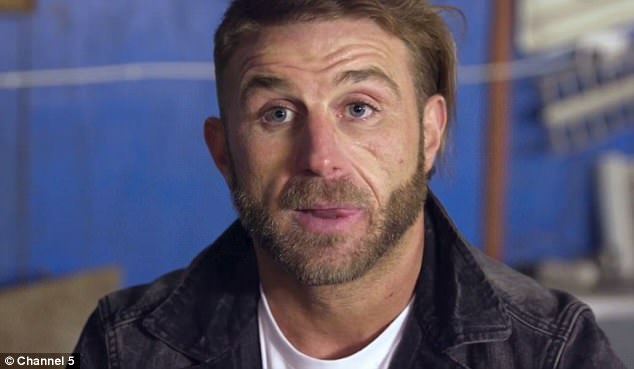 The twins’ cage fighting uncle Tony opened up about the pressures traveller children face, saying boys have to strive to be the best