Erling Haaland has revealed Riyad Mahrez told him to sign for Manchester City and talked up the club when the two partied together in Greece last summer.

City confirmed the arrival of the 21-year-old from Borussia Dortmund on a five-year contract in a £51million deal on Monday.

Haaland, one of the world’s most sought players, will officially join the Premier League champions on July 1 ahead of the start of pre-season.

Speaking in his first interview as a City player, the Norwegian star said he had discussed moving to the Etihad with Mahrez while the two were on holiday in Mykonos in June 2021.

‘He told me to come to City and he was right about that!’ Haaland said. ‘We talked and he said some good things about the club.’ 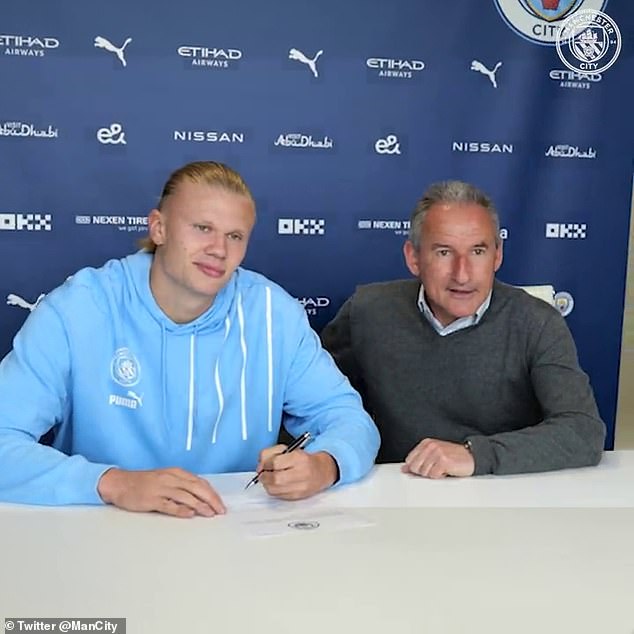 Haaland had flown out to the Greek island with friends for some down time, and bumped into Mahrez, who was also on holiday with his friendship group.

The pair could be seen dancing and waving napkins in the air as the two groups mingled in a relaxed atmosphere.

And after seeing the video online, Mahrez re-posted it on his Twitter account, complete with the caption: ‘Agent Mahrez on duty’. 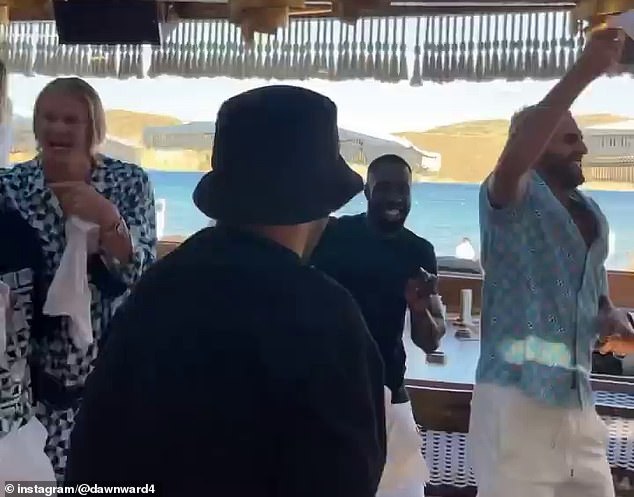 The signing of Haaland is sure to strike fear into City’s rivals given his formidable goalscoring record – he netted 86 times in 89 appearances for Dortmund during two-and-a-half years there – and he warned there was more to come.

‘I like the style, I like the attacking football, I like the positive vibe that I have when City play football. This is what I like a lot. I think it is a really good fit.’

Haaland’s father Alf Inge played for the club between 2000 and 2003, with City announcing the capture of the highly-rated Norwegian exactly 22 years after they signed his dad from Leeds. 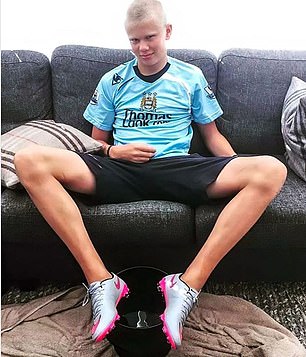 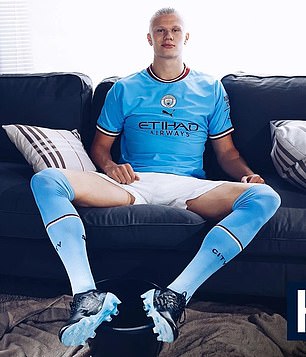 Alf Inge negotiated the personal terms of his son’s deal with City alongside lawyer Rafaela Pimenta.

City believe the emotional attachment Haaland’s family have to the club helped convince him to join and the signing was unveiled with a throwback photo of the player in the blue shirt as a kid.

‘I was born in England and have been a City fan my whole life,’ said Haaland.

‘I know a lot about the club and in the end there were two things: I feel at home here, and also I can develop and get the best out of my game at City.

‘He lived in England, he played for the club. A lot has changed in the last 20 years but he knows what it is, we have been speaking about how it is, what is the best for me and to try to find out everything.’ 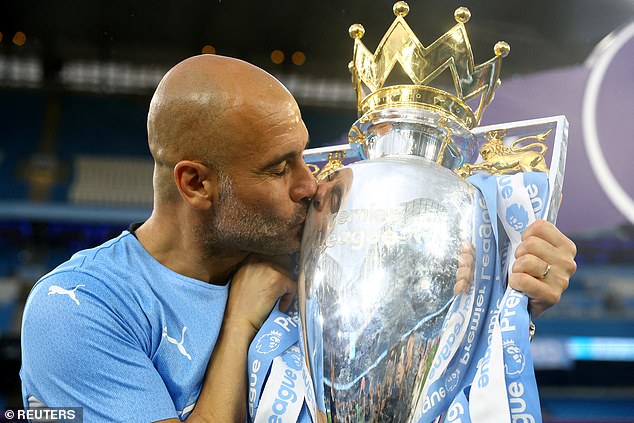 It is understood that Haaland is set to earn in the region of £385,000 a week, in line with the club’s top wage bracket and Kevin De Bruyne’s salary.

City were expected to part with £63m to trigger a release clause in his contract but have secured Haaland for £12m less than that figure. Agency fees and bonuses will take the eventual outlay to £85m

Those finances are similar to the overall deal Barcelona put together to land Ferran Torres in January.

Haaland could make his first appearance in City colours during their pre-season tour of the United States with a match against Mexicans Club America scheduled for July 21 in Houston. 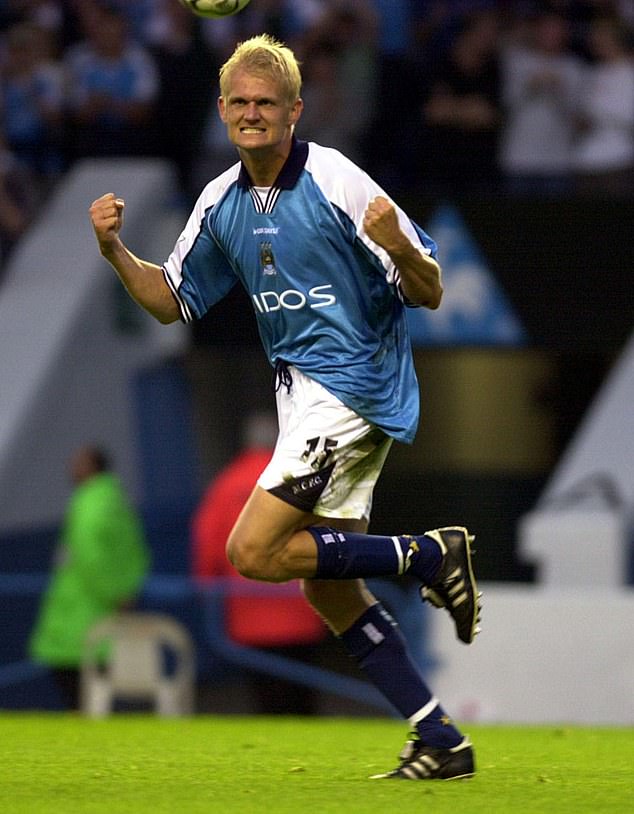