She’s a shooting star in the world of modelling.

And Hailey Baldwin looked incredible as she showed off her photogenic figure while stepping out in Beverly Hills for lunch on Saturday.

The 20-year-old turned heads in a tiny white mini dress with spaghetti straps as she arrived to the Waldorf Astoria Beverly Hills with an edgy leather jacket draped over her shoulders.

Simply stunning: Hailey Baldwin looked incredible as she showed off her photogenic figure while stepping out in Beverly Hills for lunch on Saturday

Hailey kept her cool during the relatively warm Los Angeles weather in her skimpy mini dress that put her legs on display.

She teamed the outfit with a pair of chunky white boots.

And she added a pop of color with her cool red purse, which she carried in her hands as she made her way inside the hotel.

The model wore her blonde locks down loose, which she played with as she stepped outside of her car. Hitting her stride: Baldwin finished off her look with chunky white boots

Aside from modelling, Hailey has been busy lately with her latest big gig – as the co-host of the new show, Drop The Mic.

The new series is based on a segment from James Corden’s talk show, The Late Late Show.

Hailey hosts the show, which premiered earlier this week, alongside Method Man. 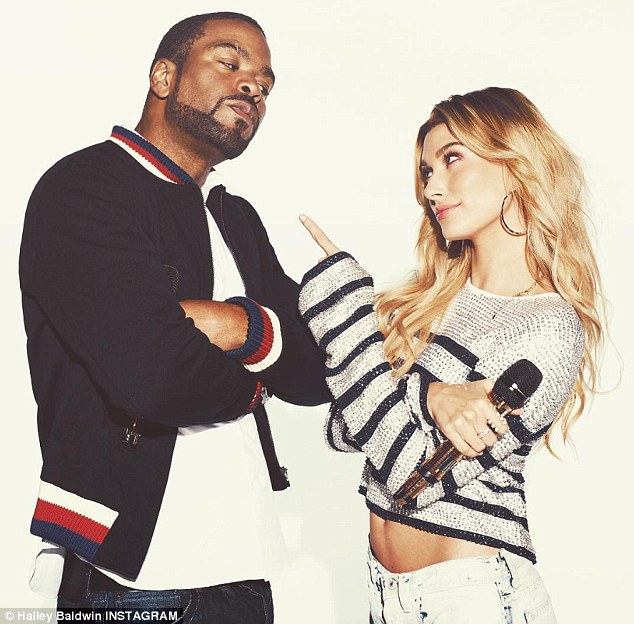