Owners of a popular hair salon were shocked to find a brown tree snake curled up among their hair products.

A passerby saw the snake slither under the door of Eclectic Hair in Cairns about 8.30pm on Thursday night.

The reptile then found itself a comfortable spot among several hair care products on a shelf.

According to the Cairns Post, the man got the attention of a nearby business owner who called salon owner Lana Topp, who rushed to the store.

‘She said because it was so hot yesterday, maybe it was trying to go somewhere a bit cooler,’ the salon owner said.

When Ms Topp arrived at work the following morning she had another frantic message from someone who also saw the snake go into the store.

That same person had also come into the salon on Friday to ensure Ms Topp and the workers were all safe.

‘I was really impressed. There are some good people in the world,’ she said. 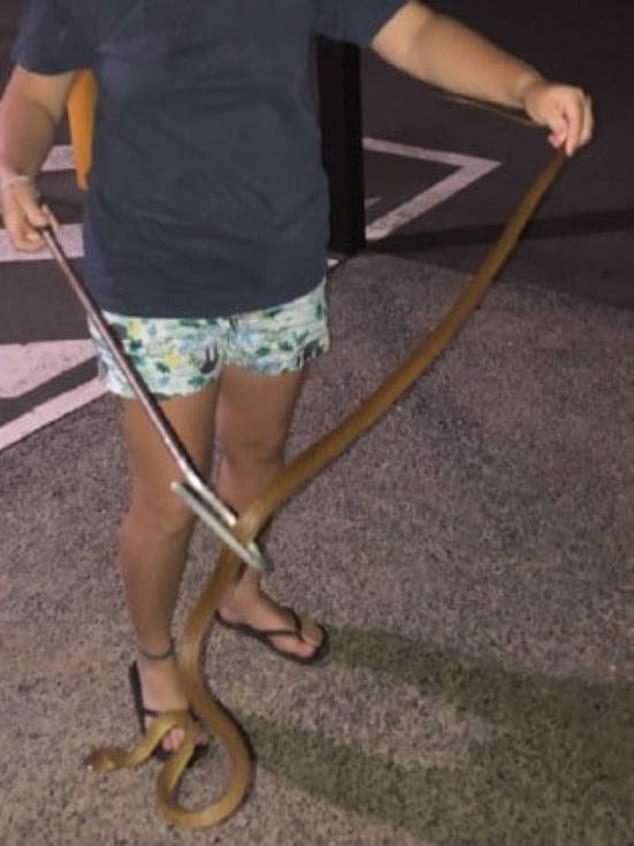