Ajax could be facing a mass exodus this summer after allowing Hakim Ziyech to join Chelsea on July 1.

The Dutch-born Morocco international finalised his £37million switch last week but Ajax still may be facing the repercussions of the move once the window reopens.

A large group of the Ajax squad that nearly reached the Champions League final last year will likely be sold following their underwhelming group-stage exit in trhe European competition this season. 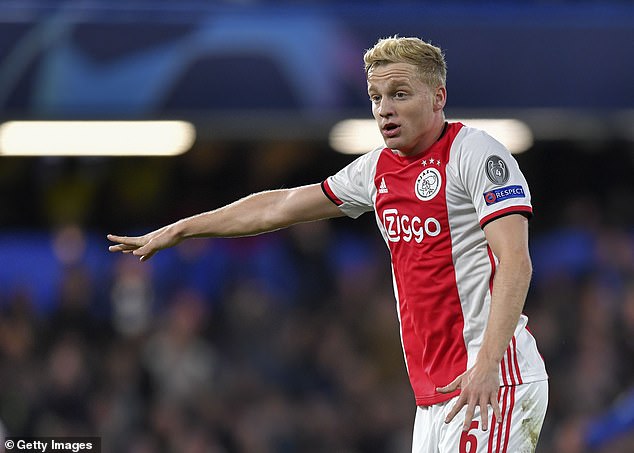 The Athletic have suggested that eight more stars could now leave the Amsterdam club as a result with Real Madrid and Manchester United target Donny van de Beek among those heading for the exit.

Goalkeeper Andre Onana, left back Nicolas Tagliafico and midfielder David Neres are some of the high-profile names that could leave while Daley Blind, Joel Veltman, and right-backs Noussair Mazraoui and Sergino Dest also reported to be sold.

Veltman will become a free agent in the summer should he fail to agree to a new deal while Onana, Tagliafico, Van de Beek, Blind, Mazraoui and Dest all have 18 months left on their contracts.

Neres’ current deal runs through to 2023. 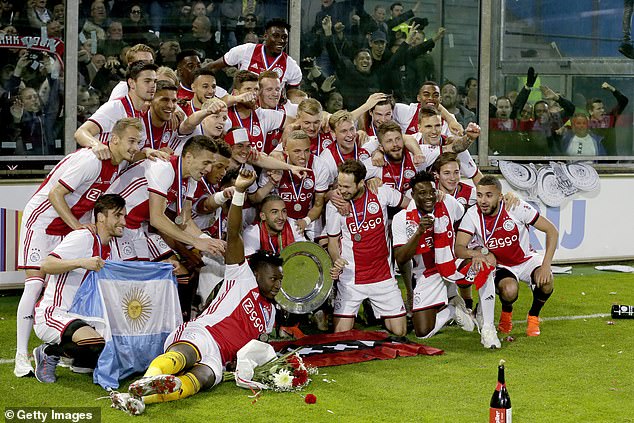 EIGHT STARS THAT COULD LEAVE AJAX

Van de Beek, who claimed Ziyech ‘deserved’ his move to Stamford Bridge, was reportedly in talks with Real Madrid over a move in January but was hesitant to leave.

He said last month: ‘Nothing is official (with Real Madrid). There is no contract.

‘That is the situation. That has not changed throughout the season.

‘I don’t want to choose. Both are great clubs, but as I said before, Ajax is also a great club.

‘Therefore, there is nothing to choose from. Everything would be very good.’

United and Tottenham have both been linked with the midfielder in the past but should Paul Pogba leave in the summer, the Red Devils would likely step up their chase for the highly-rated 22-year-old.