Thousands of British women could soon benefit from a new breast cancer ‘blaster’ that spares them the ordeal of daily radiotherapy after surgery.

The procedure for patients with small, early-stage tumours replaces up to six weeks of treatment with a single 30-minute session that has been proved to be as effective in preventing the disease from returning.

The approach was given the go-ahead at selected NHS centres last week after years of patients having to pay for it privately. 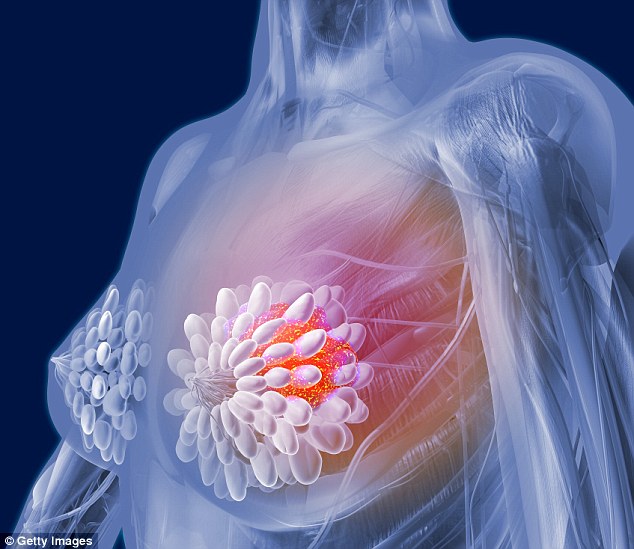 IORT (Intra-operative Radio Therapy, also known as Intrabeam) involves giving a single, targeted dose of radiotherapy immediately after a tumour-removal operation called a lumpectomy – directly to the area where the cancer used to be – while the patient is still under anaesthetic.

Aside from sparing women the inconvenience of more than a month of daily hospital visits, there is also a lower risk of complications caused by traditional radiotherapy, where external beams are directed at the breast. While very effective, it can damage nearby tissue and vital organs such as the heart and lungs.

Clinical trials have shown the targeted method is just as effective for women with stage 1 and 2 tumours – the smallest, most operable type – as giving multiple doses of radiation following surgery. It also reduced the number of patients who died from other causes thought to be related to their radiotherapy.

For years, most patients, including BBC broadcaster Kirsty Lang, who wrote in The Mail on Sunday about having IORT, have had to pay for the treatment privately. Now, the National Institute for Health and Care Excellence (NICE) has licensed IORT machines for use in six hospitals where they already exist: the Royal Free, the Whittington and Guy’s in London, plus Winchester, Swindon and Harlow.

The centres will discuss next week how to work with the NHS and manage referrals from other parts of the country.

One patient who believes her life was saved by the procedure, which she received in 2014 after being diagnosed with cancer in her left breast, is 72-year-old professor Ada Rapaport-Albert, who had a lumpectomy, then IORT.

She says: ‘It saved me weeks of being dragged to hospital for daily radiotherapy.’

Three years on, she remains cancer-free. ‘My hope is this will become a first-line treatment as it already is in Germany and other countries,’ she added.