Schalke fans are getting in a party mood ahead of their decisive Champions League last 16 second-leg clash with Manchester City, by performing some unusual activities in the city centre.

Fans of the German giants gathered on mass in the city’s iconic Piccadilly gardens ahead of the fixture, chanting and generally getting caught up in the occasion.

One supporter then opted to raise the bar, stripping half-naked and performing a mud slide while being egged on by the growing crowds. 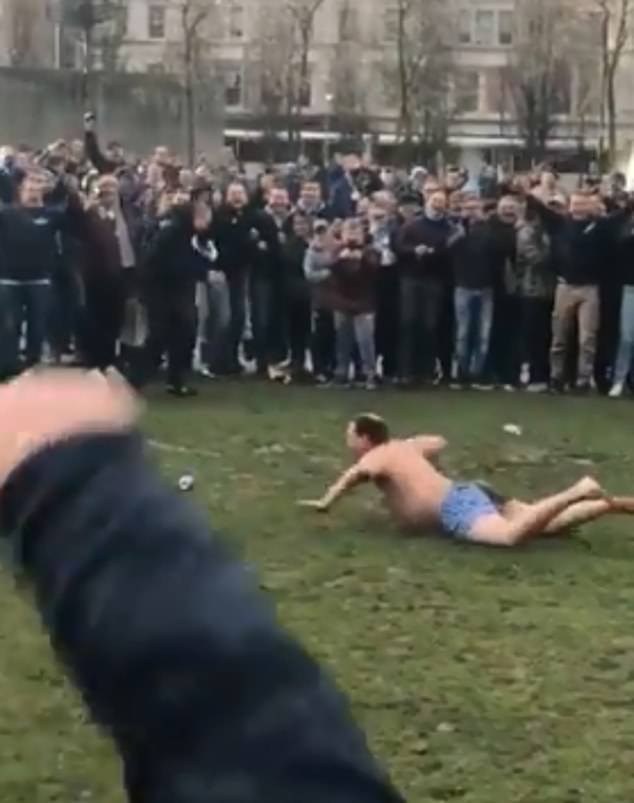 The travelling Schalke supporters will soon be making the pilgrimage over to the Etihad, with hope that their side can pull off a shock.

Schalke had taken a 2-1 lead in the first-leg and looked on course to take a healthy advantage, but for two late strikes from Leroy Sane and Raheem Sterling.

Argentina international Nicolas Otamendi was given his marching orders, after being given a red card for a second bookable offence when tackling Guido Burgstaller. 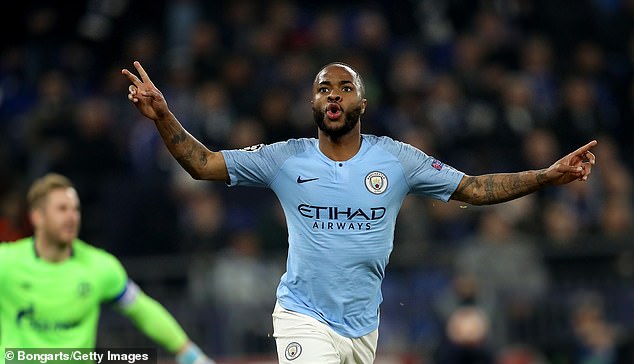 Despite entering the second leg with a slight margin, Pep Guardiola still believes his side has plenty to do.

‘Every game is completely different but for people who say there is nothing to do – one sent off, one red card, one goal in the first minute, many things can happen in 90 minutes in this kind of competition,’ said the Spaniard in his pre-match press conference.

‘I am sitting here thinking we still have work to do, that’s my feeling today.’

City are competing in the Champions League for an eighth season in succession but their best effort remains their run to the semi-finals in 2016. They have not got beyond the quarter-finals under Guardiola.

Guardiola, who won the competition twice as Barcelona boss, added: ‘We are teenagers in this competition, that’s what I feel, but we want to win it, we push ourselves. The best way is to feel this kind of pressure.’ 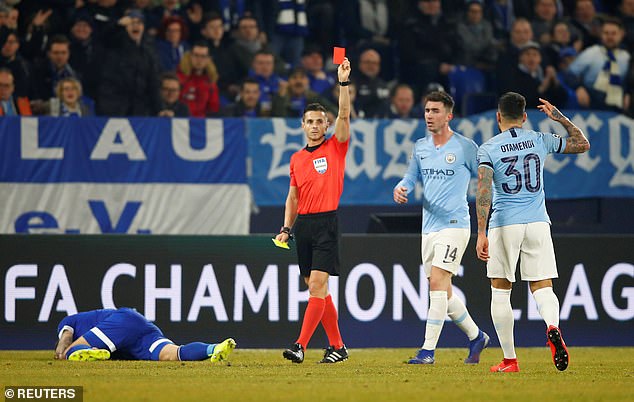