Half of England’s care home providers failing the elderly

Half of England’s major care home providers are failing their elderly residents in at least a quarter of their properties, say researchers.

For some, the proportion is even higher – with 63 per cent of one firm’s homes not meeting the required standards.

Two of the country’s largest care companies – Four Seasons Group and Orchard Care Homes – come near the bottom of the rankings.

Half of England’s major care home providers are failing their elderly residents in at least a quarter of their properties, say researchers (file photo)

Researchers for the consumer group Which? looked at the 54 care home providers in both the public and private sectors which run 12 homes or more.

Its analysis of inspection data also found that small care homes – those with no more than ten beds – are more likely to receive good inspection ratings than larger ones.

More than a third of 167 Four Seasons homes in the analysis were rated as inadequate or requiring improvement by the Care Quality Commission. Almost half – 46 per cent – of the 44 Orchard homes were similarly not up to scratch.

Alex Hayman of Which? said: ‘Too few providers are able to offer consistent, high quality care – limiting choice for stressed families in a system which is already close to breaking point.

‘The Government must ensure its green paper on care delivers the fundamental reforms needed to secure high quality, affordable care for older people.’

The survey highlights the crisis facing England’s broken care system. Despite the huge amount that residents and families have to pay – often forcing them to sell their homes – many are receiving substandard care. 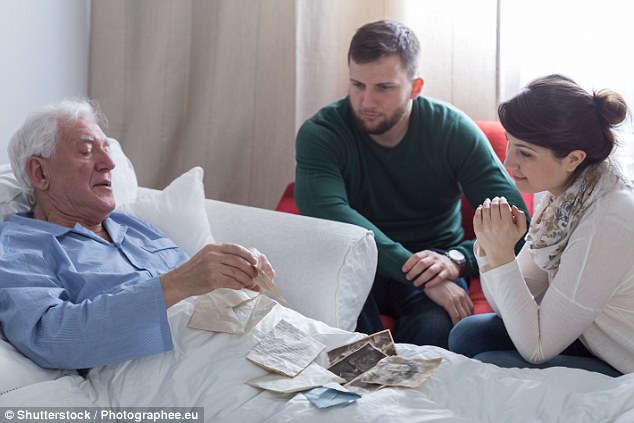 For some, the proportion is even higher – with 63 per cent of one firm’s homes not meeting the required standards (file photo)

Earlier this year the Mail revealed that the CQC watchdog is now intervening over poor standards at care firms four times every day. That is an increase of almost 70 per cent in just one year.

The Which? analysis shows that the worst performer, Ideal Care Homes, which runs 16 homes across the Midlands, the North West and Yorkshire, had more than three in five (63 per cent) classed as failing by the regulator.

It was joined in the bottom three by Akari Care Ltd, which had 20 homes across the country in the analysis – 60 per cent of which had poor ratings; and Derbyshire County Council, which had ten failing homes (50 per cent).

At the top of the table, both Avery and North Yorkshire County Council had all their homes rated as good or outstanding.

Just 13 per cent of English homes with ten beds or fewer were rated as inadequate or requiring improvement.

Which? warns that the situation could deteriorate further as demand for places starts to outstrip supply in some areas.