A drive to end the tragedy of youngsters arriving at school without the speech skills needed to thrive in the classroom will be launched today.

Education Secretary Damian Hinds vowed to tackle the worrying trend of five-year-olds turning up unable to use the simple words and phrases needed to interact with teachers and classmates.

Research from the Oxford University Press (OUP) this month found that half of five-year-olds in some schools are behind in their language skills – with experts saying disadvantaged children are disproportionately affected.

And a study by the National Literary Trust found that one in eight of the most disadvantaged children do not own a single book.

Mr Hinds said a lack of vocabulary can create a ‘word gap’ which sets children behind their peers from the beginning, and hinders their progress for the rest of their school career.

He is launching two projects worth £13.5 million aimed at giving disadvantaged parents the confidence to help their children learn new words through activities such as reading and singing. Workshops will be run to give parents ‘simple, straightforward strategies’ which they can take home and use with pre-school children.

Mr Hinds said last night: ‘We know there is a gap in child development that can be visible at age five. The easiest way to measure it is the “word gap”.

‘Where you are, in development terms, at age five and at the start of school, obviously makes a significant difference to your ability to get the most out of infant school and then junior school education.’

The OUP report found that when children arrive unable to understand basic phrases, they find it much harder to follow commands, make friends and learn how to read. In the long term, it can lead to low confidence, underachievement and poor behaviour. 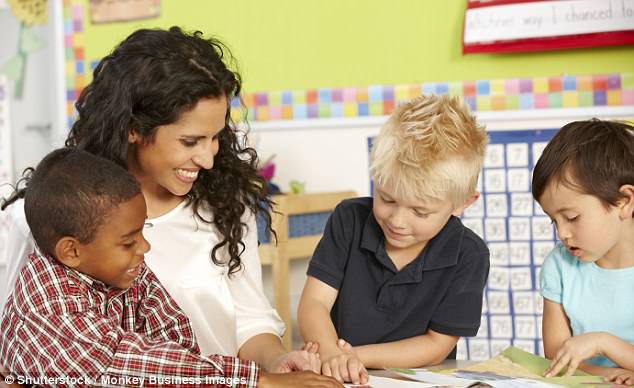 ‘There is plenty of evidence of variation in school readiness,’ Mr Hinds said. ‘It is certainly the case that some children’s speech will develop in them later than in others. Some of these programmes and techniques can help with that.

‘Without [speech], it’s so much more difficult to know from the child what they’re taking in and how they’re developing.’

Mr Hinds said he wanted to provide more support to parents to help them feel comfortable reading to their children and interacting with them so they can develop their social skills. He added that he and wife Jacqui, a teacher, had enjoyed reading books with their three children. ‘Reading to children obviously makes a huge difference,’ he said. ‘Many, many parents spend an awful lot of time doing that.

‘The important thing is to be reading, and to be giving feedback, and sitting together, and all of those things that parents dedicate so much time to.’

Mr Hinds – who became Education Secretary in January, taking over from Justine Greening – said: ‘Schools do a great job on accelerating development. But it is still the case that with the differences that are discernible even at age five or sometimes even before, it is all too depressingly predictable what some of the later differences in attainment will be at 16 or 18.

‘The earliest years are where there is the greatest leverage for improving social mobility and improving children’s opportunity to fulfil their potential.’ 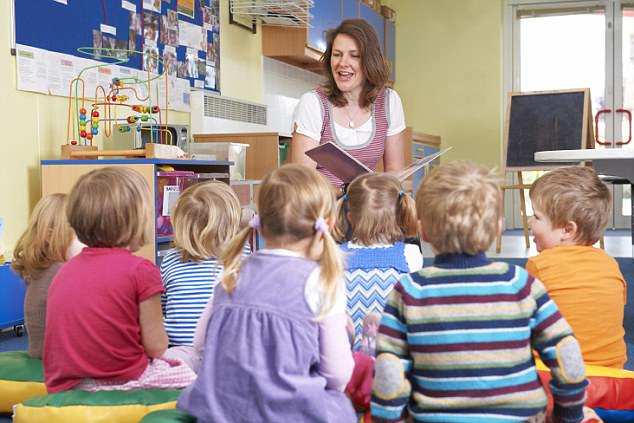 However, he said some parents – especially those juggling many different responsibilities or jobs – may be finding it hard to dedicate enough time to helping their children develop skills.

He said: ‘It’s always hard for parents and, yes, there are extra pressures in the modern world. It is difficult. Parents know that, and that’s why it’s so important when you can find ways… for professionals to give hints and tips to make it easier – I think that’s something that parents can find very valuable.’

Today Mr Hinds is launching a £5 million pilot scheme in the North of England to help parents teach their children vocabulary at home through reading and singing nursery rhymes. It will be run by the Education Endowment Foundation (EEF) and will provide workshops in nurseries, community centres and homes. The projects found to be most effective could later be rolled out across the country.

In addition, £8.5 million has been made available to councils across the country for language and literacy development projects for disadvantaged children.

EEF chief executive Sir Kevan Collins said: ‘By testing different ways of tackling issues like the early years “word gap”, this new fund will give us much-needed information about how we can give parents the tools they need to give their child the very best start in life.’