Half of medical staff fear they will NOT be able to keep patients safe this winter, poll reveals

More than half of frontline medical staff fear their hospitals will not be able to keep patients safe this winter, an ‘alarming’ new poll has revealed.

The survey by the Royal College of Physicians found that 58 per cent of doctors felt ‘worried’ or ‘very worried’ about the capabilities of their hospitals.

Fewer than one in five of those polled said they were ‘confident’ or ‘very confident’ about preparations for the increased pressures winter is likely to place on the NHS.

More than half of frontline medical staff fear their hospitals will not be able to keep patients safe this winter, an ‘alarming’ new poll by the Royal College of Physicians has revealed

It comes after Former Health and Social Care Secretary Jeremy Hunt described last winter as the ‘worst ever’ for the NHS.

The summer months are traditionally the time acute hospitals and frontline staff have to recharge the batteries.

But the poll, conducted on 1,761 doctors, trainees, consultants and specialist medics, showed medics have little trust in the extra funds. 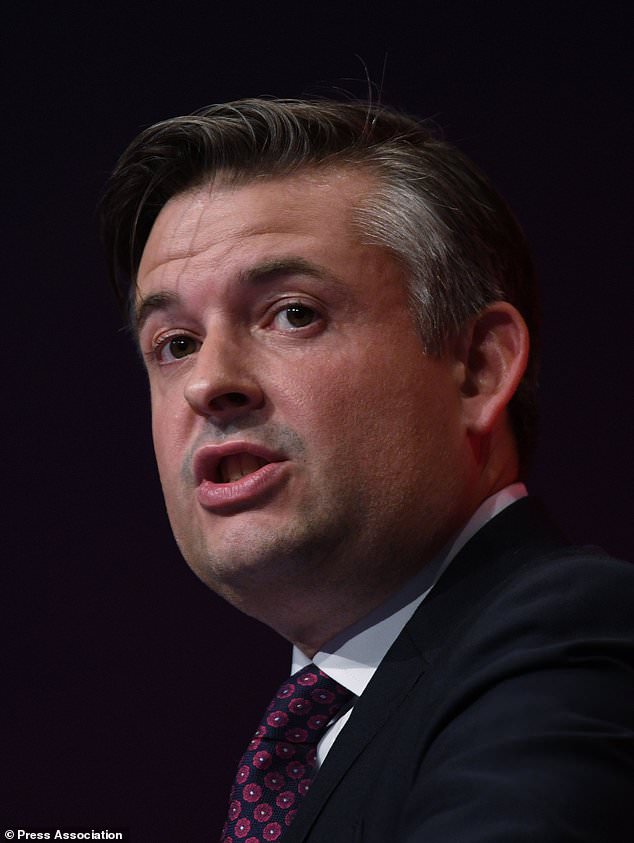 It found 96 per cent of staff did not know how extra cash promised for social care will be used to relieve pressure on their hospitals, with less than a third of doctors asked to take part in planning for winter.

‘It would be unforgivable if patients suffer another winter like last year’, said Mr Ashworth. ‘Ministers urgently need to reassure us they have a plan and will make proper funds available.’

‘This is an alarming poll of doctors on the frontline and indicates the health secretary must do more to prepare the NHS this winter’, he added.

‘There was no extra cash for acute trusts in the recent budget for winter and we know many hospitals are facing intense pressures following this year’s “summer crisis”.

The NHS had a difficult summer this year, as the impact of the previous winter continued to put stress on waiting lists and space capacity.

WHAT WERE THE BED OCCUPANCY RATES LAST WINTER?

NHS England data, collected from all 137 trusts across the country, show the overall bed occupancy rates for each week last winter.

Experts say that occupancy levels should not exceed the 85 per cent safe level, as above this can have serious health risks.

The worst outbreak of flu in seven years last winter meant that thousands of non-urgent operations were postponed.

Patients even received worse care last summer than in five of the eight most recent winters, NHS England figures reveal, revealing the NHS are struggling to cope in a ‘year round crisis’.

Mr Ashworth said: ‘When we’re concerned that the wheels could fall off any moment, the pressure goes up and morale goes down.

‘We know the Government and NHS are doing much more to plan for winter than they were prior to 2017-18.

‘But these findings show it is still not filtering down to staff on the wards, who need to feel confident that plans are in place to deal with the inevitable increase in demand, so they can get on with the job of providing direct clinical care.’

The findings mirror the warning in October that the coming winter is likely to be even more difficult than the last for the NHS.

In a report, NHS Providers said last year trusts made ‘extraordinary efforts’ to maintain care for patients in spite of unprecedented demand.

But it said that, nevertheless, for many patients the quality of care fell short of what is expected from the health service.

Figures released by NHS England show a record 226,176 patients were forced to wait for emergency hospital care, a staggering 200,000 more than in the same time period in 2011, a BMA investigation revealed.

An NHS England spokeswoman said: ‘As the Royal College of Physicians notes, extensive planning for winter is well under way and hospitals should be working closely with their frontline staff to prepare.

‘Frontline staff getting vaccinated against flu is also important to help reduce the pressure on services over winter.

‘It is also vital that councils and hospitals work together to target the extra £240 million social care funding on support to get patients home quickly.’

The number of patients who had NHS operations cancelled at the last minute hit the highest since records began in 1994, figures revealed in May.

Official figures showed 24,475 procedures were aborted in the eleventh hour between January and March this year in England – 1.3 per cent of all admissions.

The figures were branded ‘unacceptable’ by the Royal College of Surgeons, as it warned the scrapped surgeries left thousands in agony.

But the data didn’t include the tens of thousands of operations that health chiefs controversially declared would be postponed in advance back in January.

Unprecedented pressures in overcrowded A&E units – described as being like war zones – also had a knock-on effect on spiraling waiting times.

Nearly 3,000 patients endured waits for NHS treatment of more than a year – the highest total in six years, according to NHS England data.

However, health chiefs argued the NHS is finally in ‘recovery mode’, after being crippled by an ‘eternal winter’.

Medics hoped the ‘worst winter ever’ – as it was dubbed by former Health and Social Care Secretary Jeremy Hunt – would have been over by March.

Hospitals normally quieten down in spring, allowing staff to ‘catch up’. But there was no such let-up this year, partly due to heavy snow and a severe flu outbreak.