Half-price generic version of Viagra to hit the shelves

Viagra is getting a cheaper, generic makeover from Pfizer in an effort to preempt competitors.

Pfizer has repackaged its famous little blue impotence pill in a white tablet, called sildenafil, and will slash the$65-a-pill retail price of its blockbuster drug by half starting Monday.

The pharmaceutical giant’s patent for Viagra is set to expire next week, opening the flood gates for competitors to jump into the market with their cheaper generic versions.

Rather than lose most of its sales to other companies, Pfizer is banking on the lower price point of and the 40 percent of its customer base that claims to be loyal to Viagra to help the company ride the wave of generics slated to undercut Viagra’s prices by as much as 90 percent.

Pfizer’s Viagra (left), and the company’s generic version, sildenafil citrate (right), at Pfizer Inc., headquarters in New York. The drug maker is launching its own cheaper generic version of Viagra rather than lose sales when its impotence pill gets its first generic competition (AP Photo/Richard Drew)

Launched in 1998, Viagra was the first pill for impotence. It transformed a private frustration for many aging men into a publicly discussed medical condition with an easy treatment, far more appealing than options like penile injections and implants. Pfizer’s early TV ads for the little blue pill even coined the term erectile dysfunction, ED for short.

Eli Lilly’s Cialis came out in 2003 and now dominates the U.S. market with on-demand pills and daily, low-dose ones. Viagra is a close second.

Pfizer says its market research shows 20 percent of customers are loyal to Viagra. So rather than give up sales to generic makers as brand-name drug makers once routinely did, the company is selling its own generic and also fighting to keep men on its blue pills.

‘We believe that the story for Viagra isn’t done. It’s just going to be a new chapter,’ said Jim Sage, president of U.S. brands for Pfizer Essential Health, which sells its older medicines.

In January, the drug maker will offer two new discount programs and increase its co-payment card discounts. Uninsured men can get brand-name Viagra half off through an innovative online home delivery program, Pfizer Direct. Many insured patients will be able to get a month’s prescription – typically six to 10 pills, depending on plan limits – for as little as a $20 co-payment.

‘This is the most comprehensive pricing and marketing response I’ve seen to a generic,’ said Erik Gordon, a pharmaceuticals analyst at the University of Michigan’s business school. ‘It’s unprecedented.’

Gordon thinks Pfizer’s reduced prices will retain some patients and attract others who buy pills, often counterfeits, from the internet.

Dr. Matthias Hofer, a urologist at Northwestern Memorial Hospital in Chicago, said some of his insured patients who take Viagra wouldn’t want a generic. ‘They will be ecstatic if they can save money and get the brand product from Pfizer,’ he said.

Last year, more than 12 million prescriptions for Viagra and Cialis were filled in the US, generating a combined $3 billion in sales, according to health data and clinical research company IQVIA. However, prescriptions have dropped more than 20 percent since 2012, as repeated price hikes put the pills out of reach for many men lacking good insurance.

According to health information analytics firm Elsevier, over just the past decade, retail prices jumped from about $10 to $62 per pill for Viagra and from $11 to $61 for Cialis. Pharmacies and other middlemen add a few dollars more per pill.

Cialis and Levitra, another pill launched in 2003, get their own generic competition next fall.

In the meantime, some doctors specializing in sexual dysfunction have found other options. Some prescribe generic Revatio, the blood pressure pill Pfizer was testing when older patients reported stronger erections as a side effect. It contains one-fifth the sildenafil dose in Viagra and costs as little as $1 per pill.

Northwestern’s Hofer arranges for his patients to receive made-to-order pills from a couple of specialty pharmacies.

Daniel Lobello, 60, is satisfied with those pills but thinks a lot of men probably would use cheaper generic or brand-name Viagra.

‘It’s great’ that the prices are getting cut, said the West Chester, Illinois, electrical inspector, ‘because it’s something men need.’ 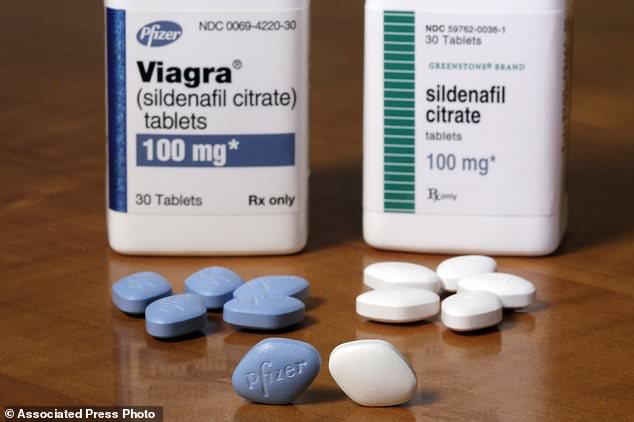 Pfizer’s Viagra (left) and the company’s generic version, sildenafil citrate (right), at Pfizer Inc, headquarters in New York. The drugmaker is launching its own cheaper generic version of Viagra rather than lose sales when its impotence pill gets its first generic competition (AP Photo/Richard Drew) 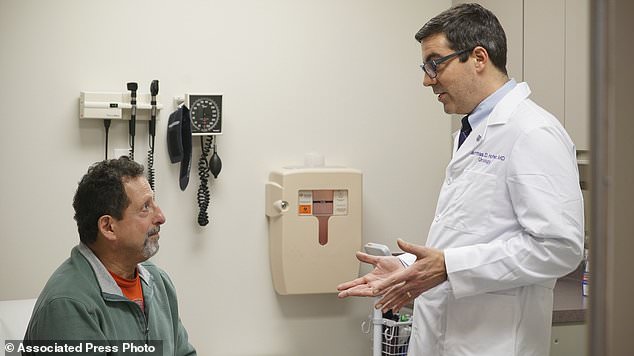 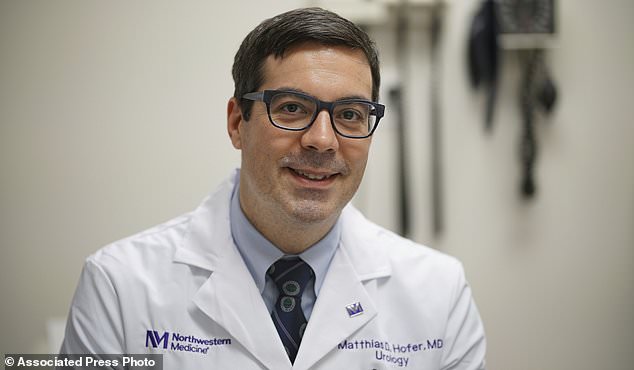 Dr Matthias Hofer (pictured), a urologist at Northwestern Memorial Hospital in Chicago. Hofer says he has some insured patients taking Viagra who wouldn’t want a generic. ‘They will be ecstatic if they can save money and get the brand product from Pfizer,’ he said, adding that half his patients can’t afford Viagra and some just go without sex (AP Photo/Teresa Crawford) 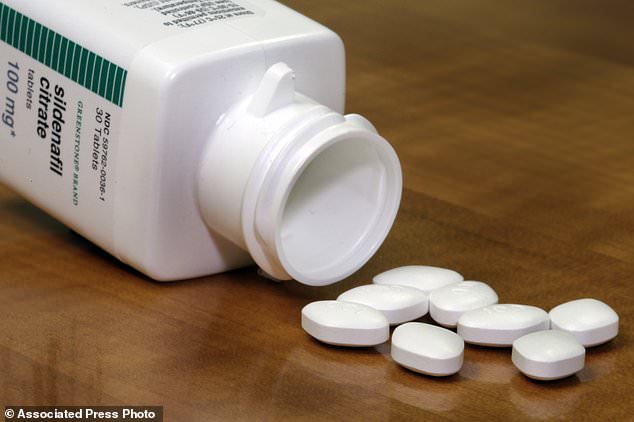