Halle Berry goes casual as she takes a break while filming John Wick: Chapter 3 in Brooklyn

Halle Berry was clad in casual gear as she stepped out on the Brooklyn, New York set of her upcoming movie filming John Wick: Chapter 3.

Berry, 51, wore a long-sleeved ash grey shirt with the phrase ‘Feminin’ across the chest, with light blue jeans and black boots.

The Kingsman: The Golden Circle star carried a phone as well as paperwork in her hand, in her break from filming.

Gorgeous: Halle Berry, 51, looked amazing on Wednesday as she was snapped on the set of her upcoming movie John Wick: Chapter 3 in Brooklyn, New York

The Oscar-winning Monster’s Ball star revealed her involvement in the high-profile project – the third in the Keanu Reeves trilogy – earlier this month in a post on Instagram.

She showed a pad of paper from The Continental Hotel – where assassins traditionally stay in the film series – with the inscription, ‘See you in a year Mr. Wick.’

The mother-of-two – to daughter Nahla, 10, and son Maceo, four – added the caption, ‘It’s a date 5.17.19,’ indicating the date of release for the movie, which also features Asia Kate Dillon, Anjelica Huston and Reeves’ castmate in The Matrix, Laurence Fishburne. 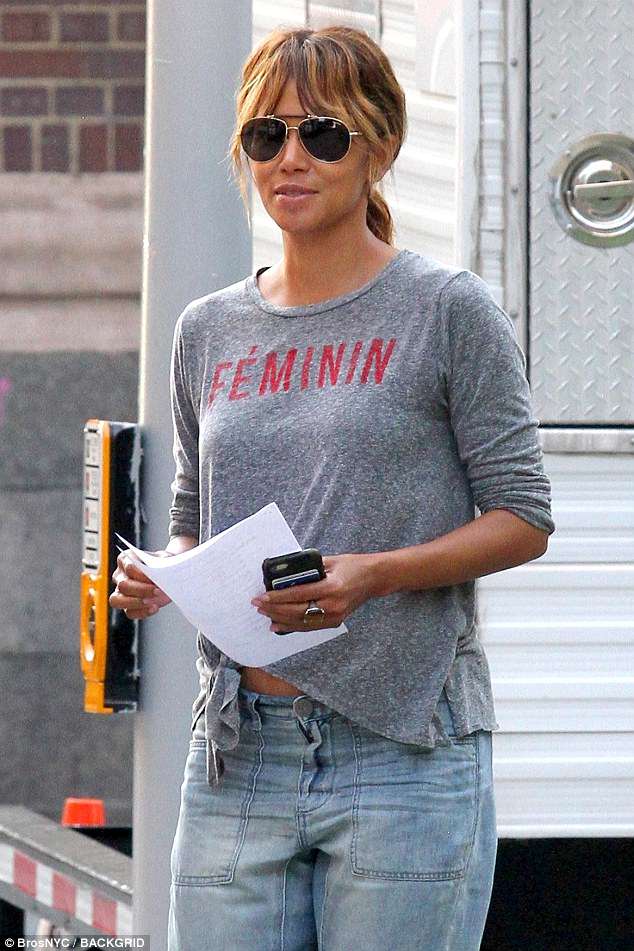 Stylish: The A-lister had a casual ensemble going on the set of the action movie 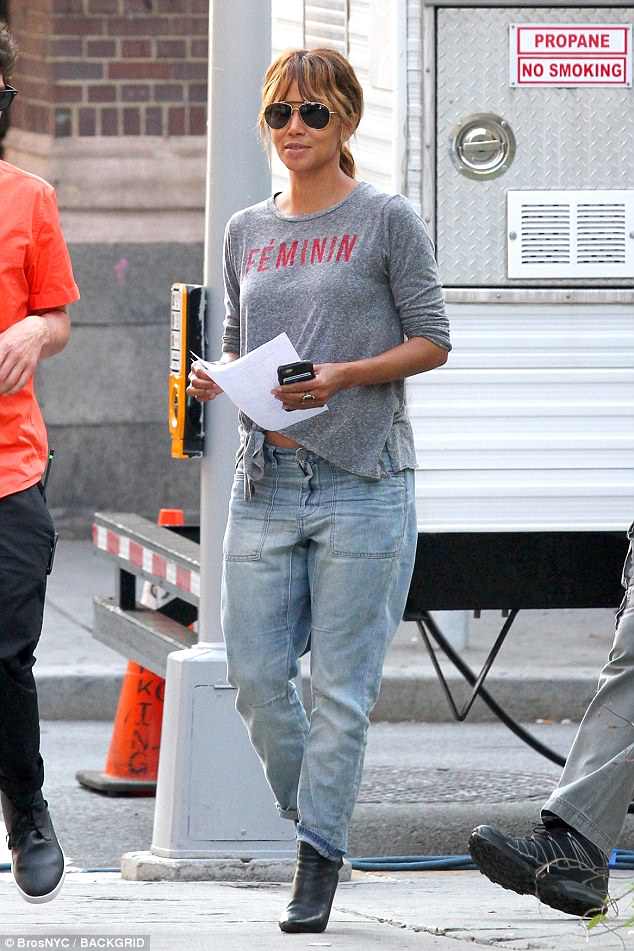 Busy day: Berry held paperwork and a phone as she took a breather on the set of the movie 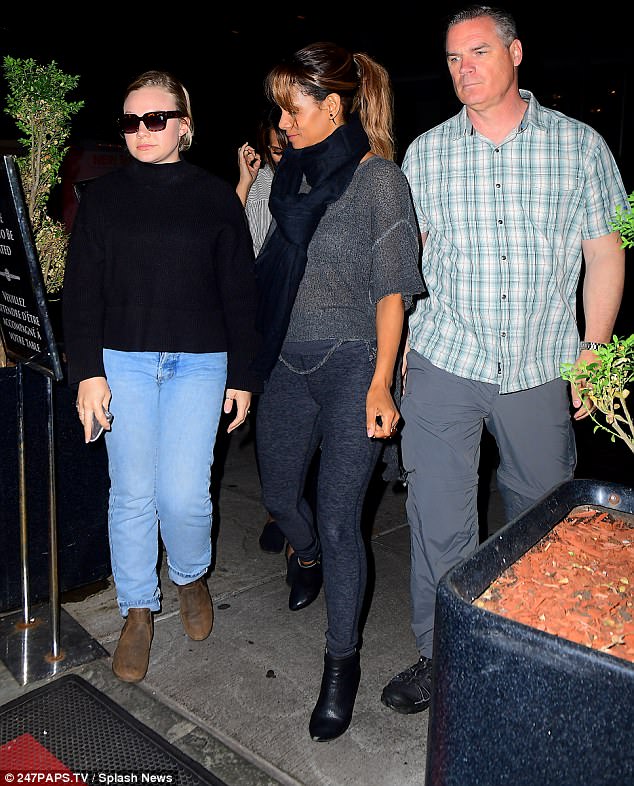 Done for the day: The actress was snapped leaving the set of the film after a day of shooting in comfy clothes 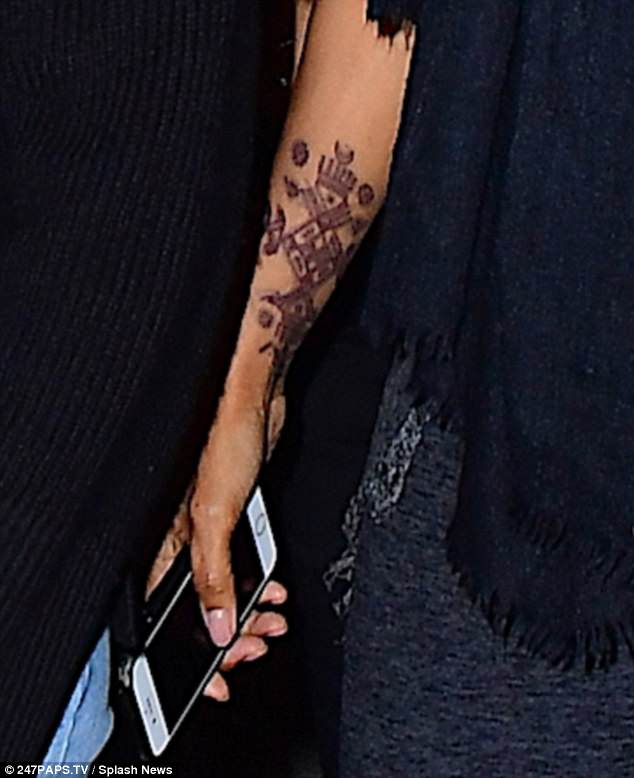 Special effects: Berry sported a temporary tribal tattoo on her forearm that was applied for the film 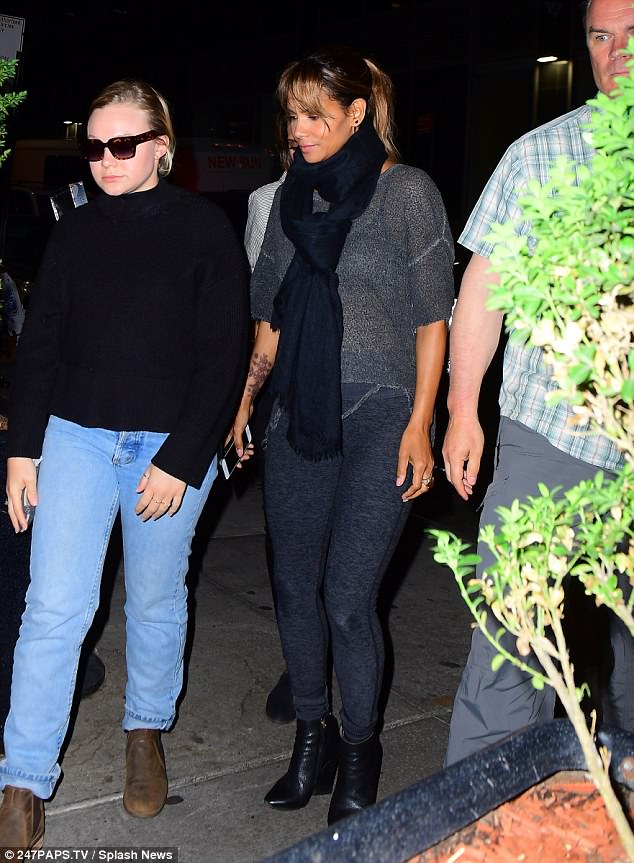 Stunning: The Academy Award winner wore a scarf with a dark grey top and navy blue leggings as she made her way out

The Catwoman star is slated to play a character named Sofia, though sources told The Hollywood Reporter that she won’t be cast as one of the villains opposing Reeves’ titular character in the motion picture. 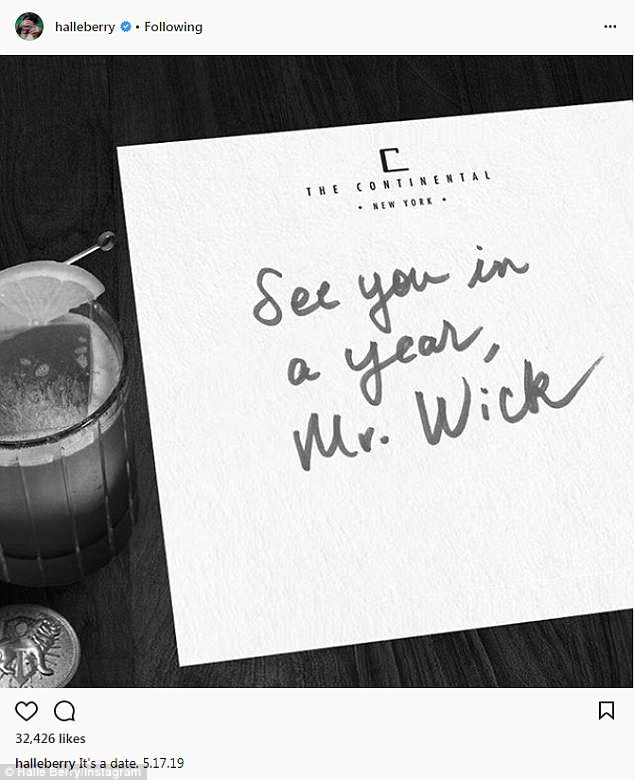 Save the date: Berry took to Instagram to tease the upcoming thriller film 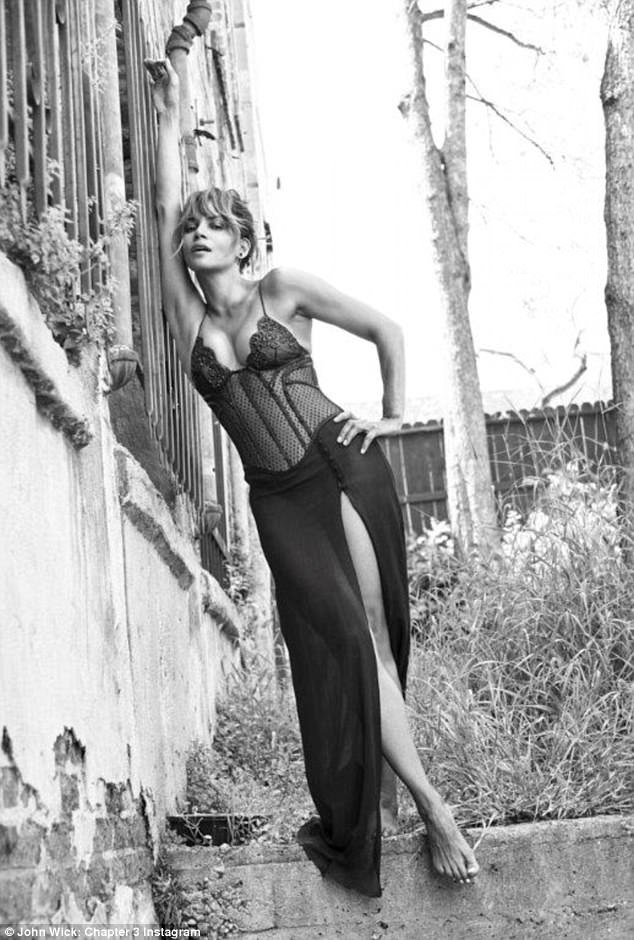 Sexy: She also posted this stunning shot that she inscribed, ‘I am Sofia’