Thousands of Halloween revellers enjoyed a boozy night out across Britain on Saturday evening.

But while some were dressed to impress, others were left feeling rather gruesome by the end of the night.

Despite the plunging temperatures across the country, many remained committed to portraying their Halloween characters, donning form-fitting costumes, masks and make-up for the night.

Lingerie and latex-clad ladies, bat-wielding Harley Quinns and even a shirtless Pharoah were spotted in Manchester while pumpkin and clown costumes were seen on the streets of Birmingham.

Meanwhile, police and ambulances were out in full force and keeping an eye out for anyone appearing worse for wear.

And although Halloween falls on a Wednesday this year, many chose to go out on the weekend before the annual event – giving them an extra hour in bed on Sunday morning. 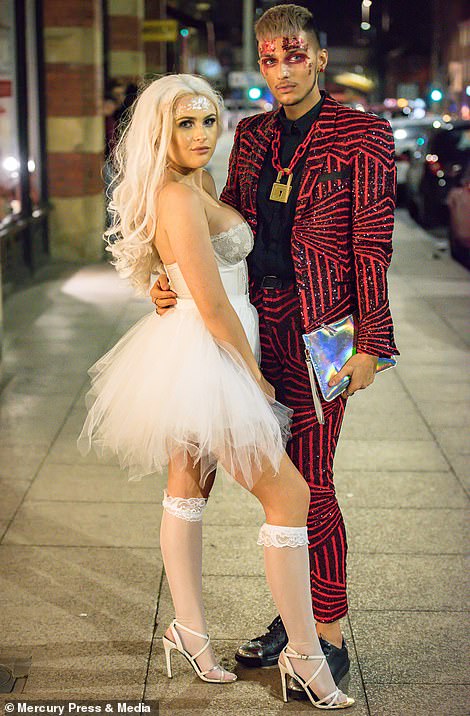 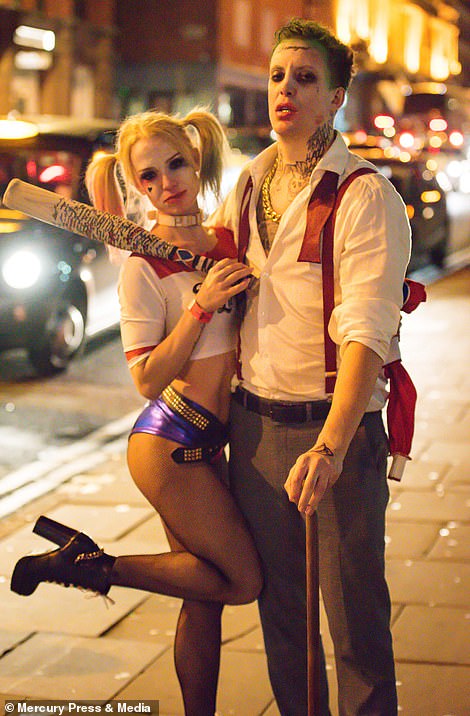 Some committed to their portraying their characters, including a couple dressed as Harley Quinn and the Joker (right), while others simply dressed to impress (left) 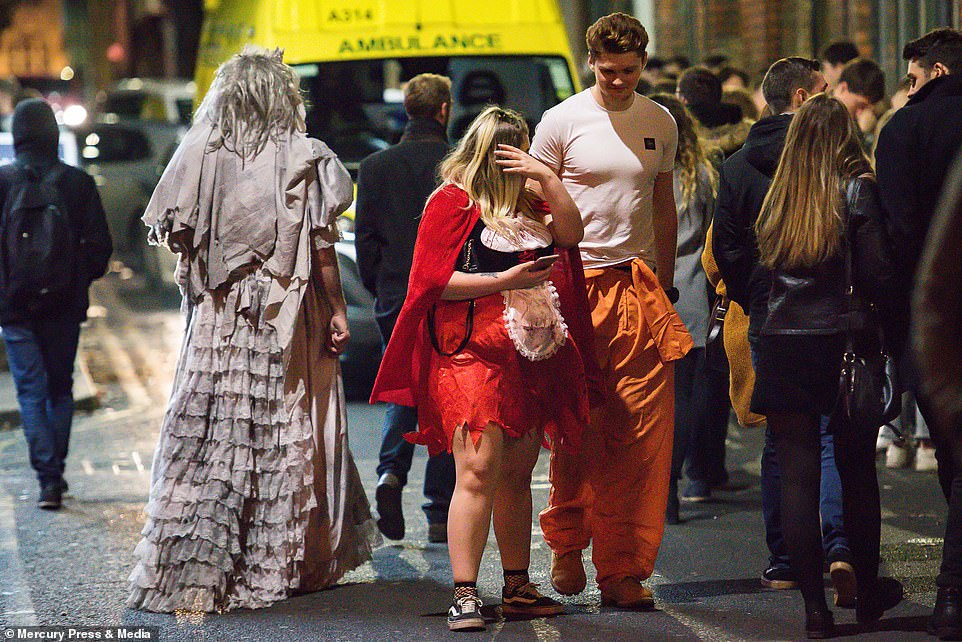 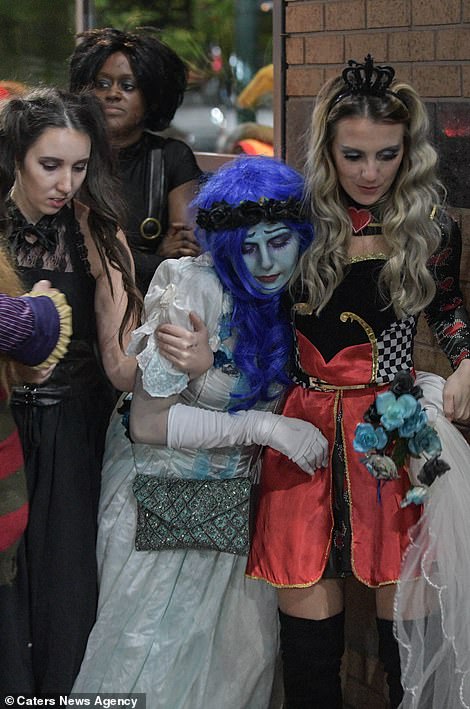 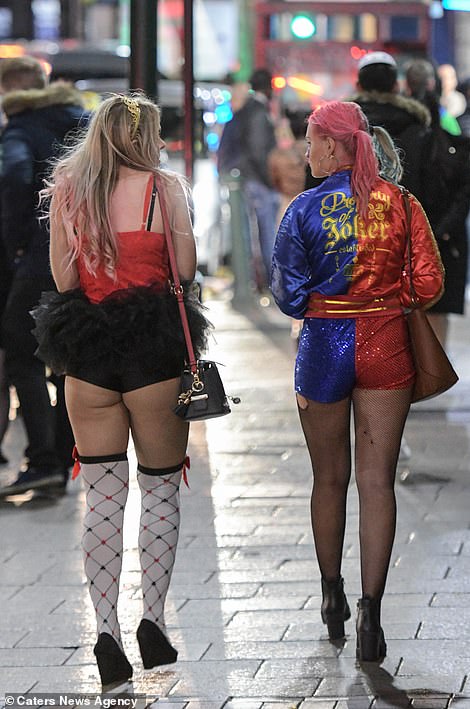 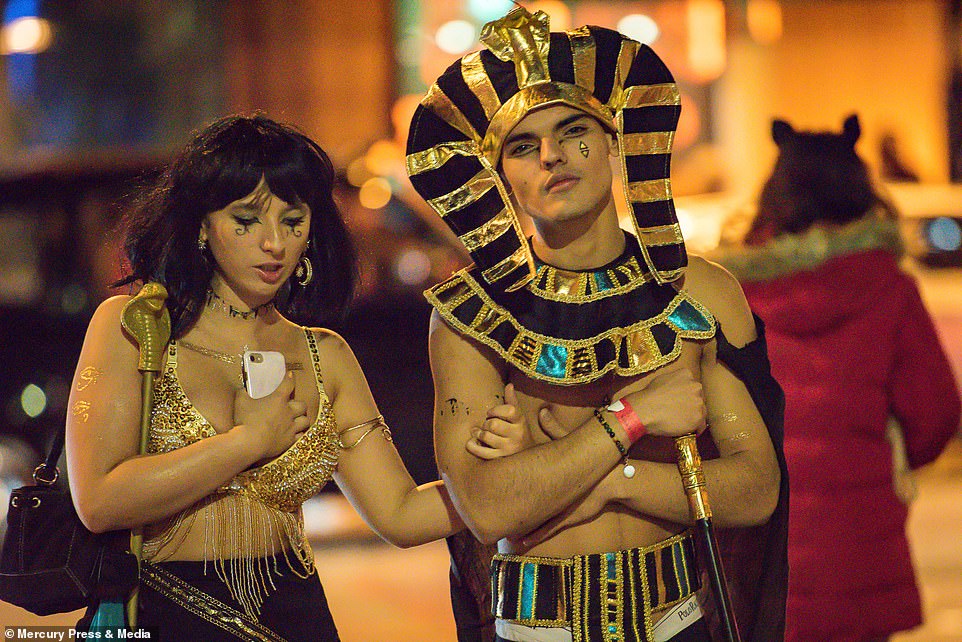 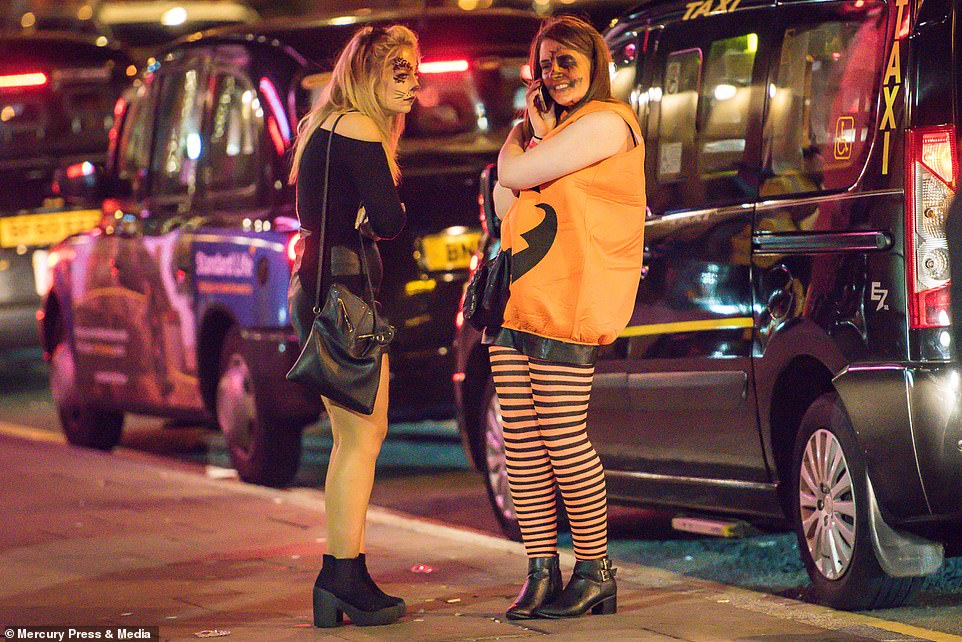 Two young women, who had their faces painted for Halloween, appear to feel the chill while waiting for a ride home in Manchester 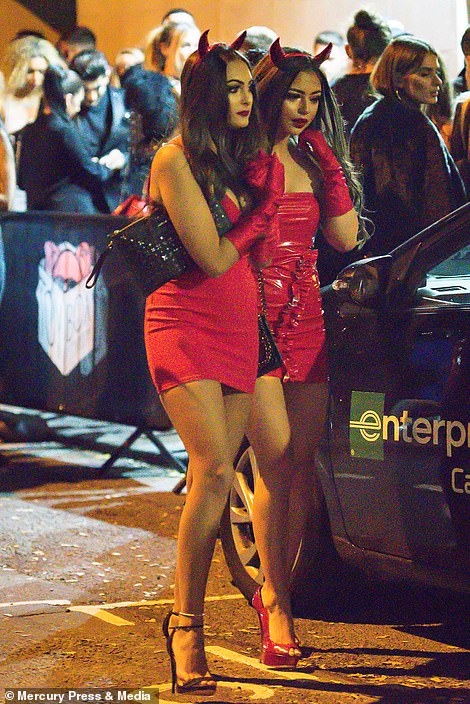 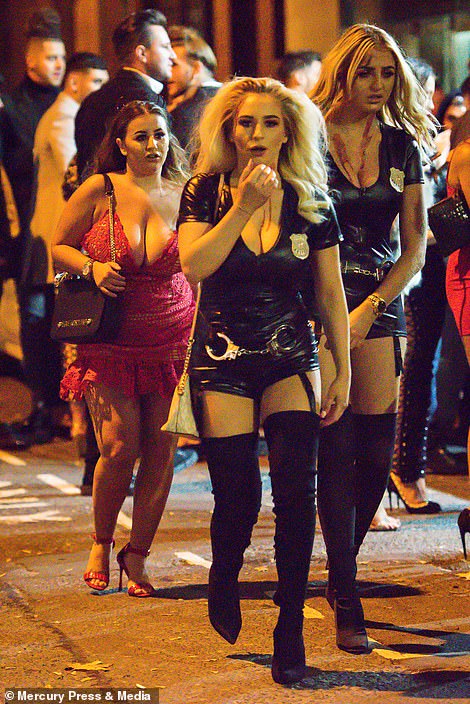 Latex was a popular choice of attire, with one woman opting for a red dress in the material (left) and others choosing black latex for the police officer costumes (right) in Manchester 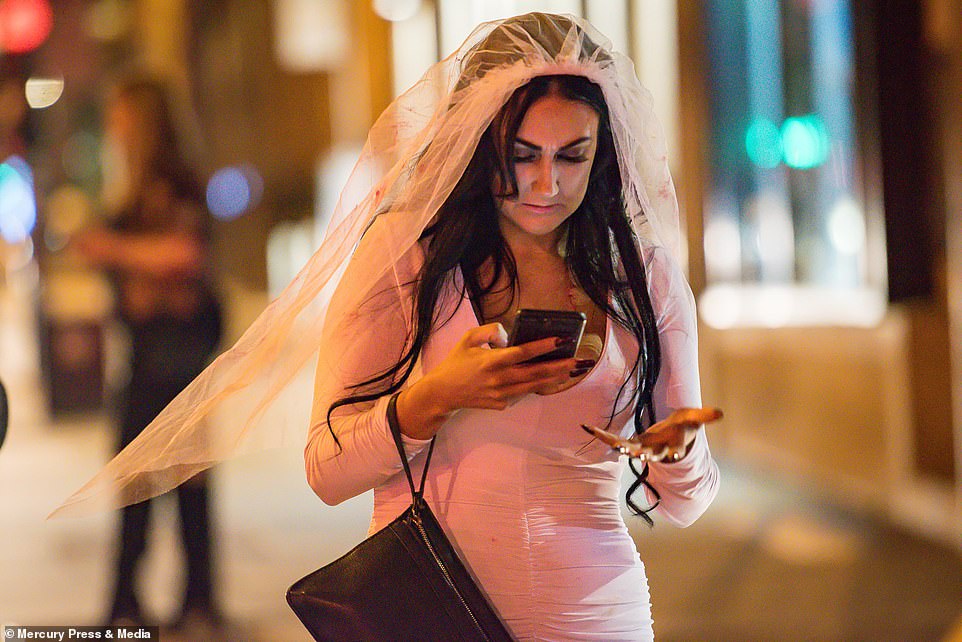 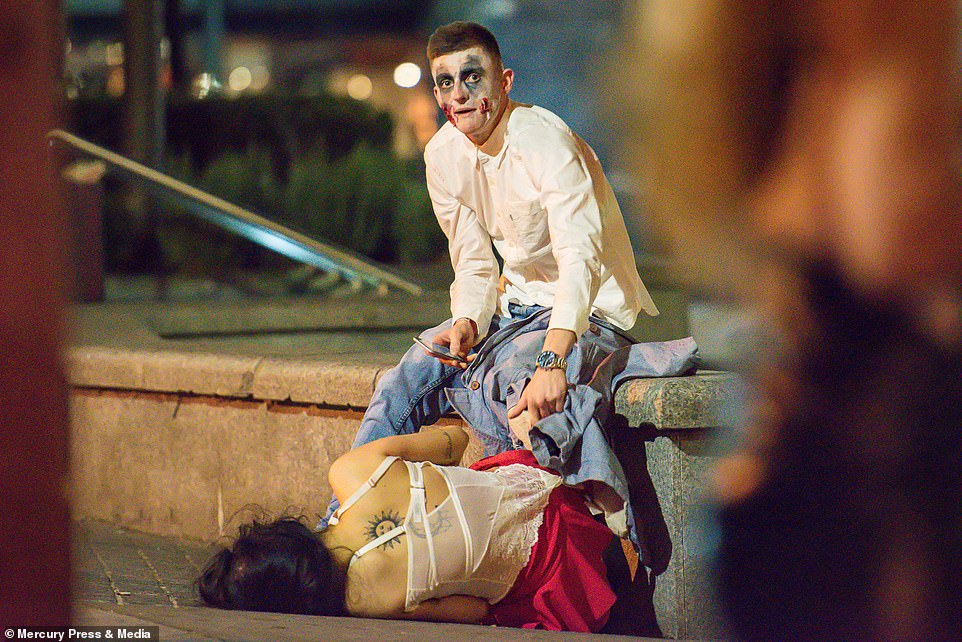 A man in face paint sits with his friend, who appears to have fallen asleep in the street, in Manchester on Saturday night 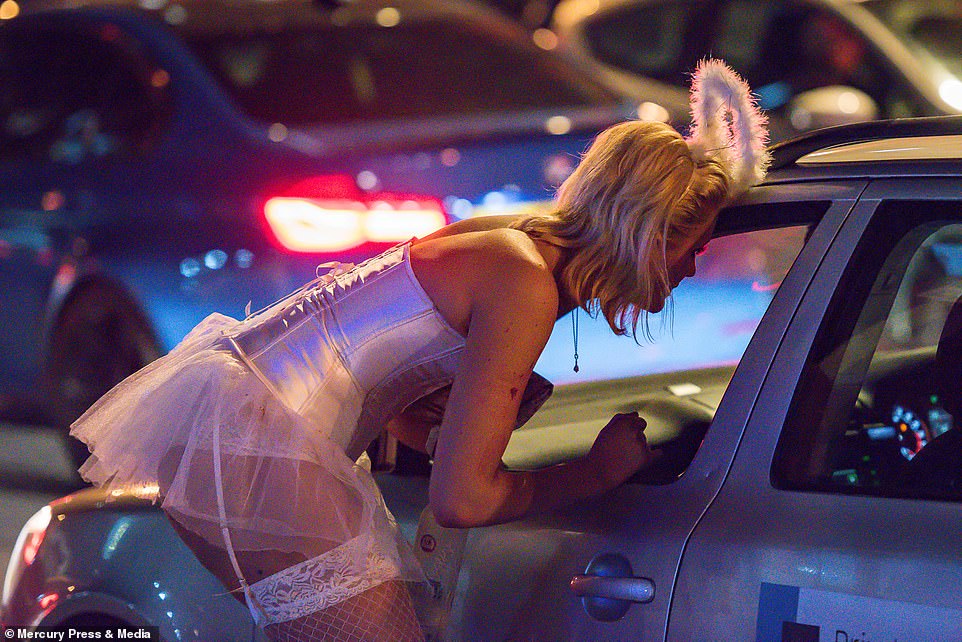 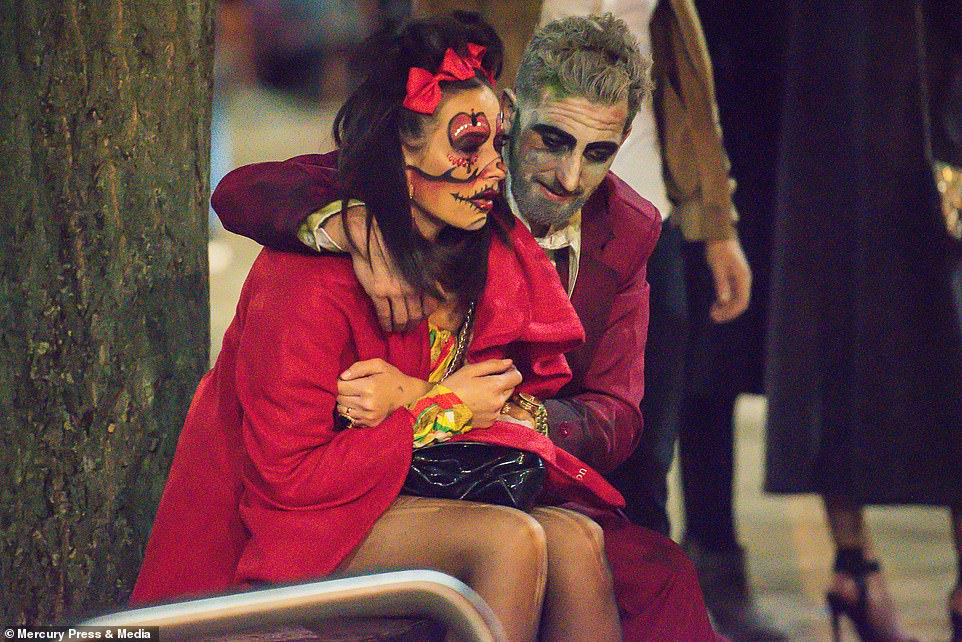 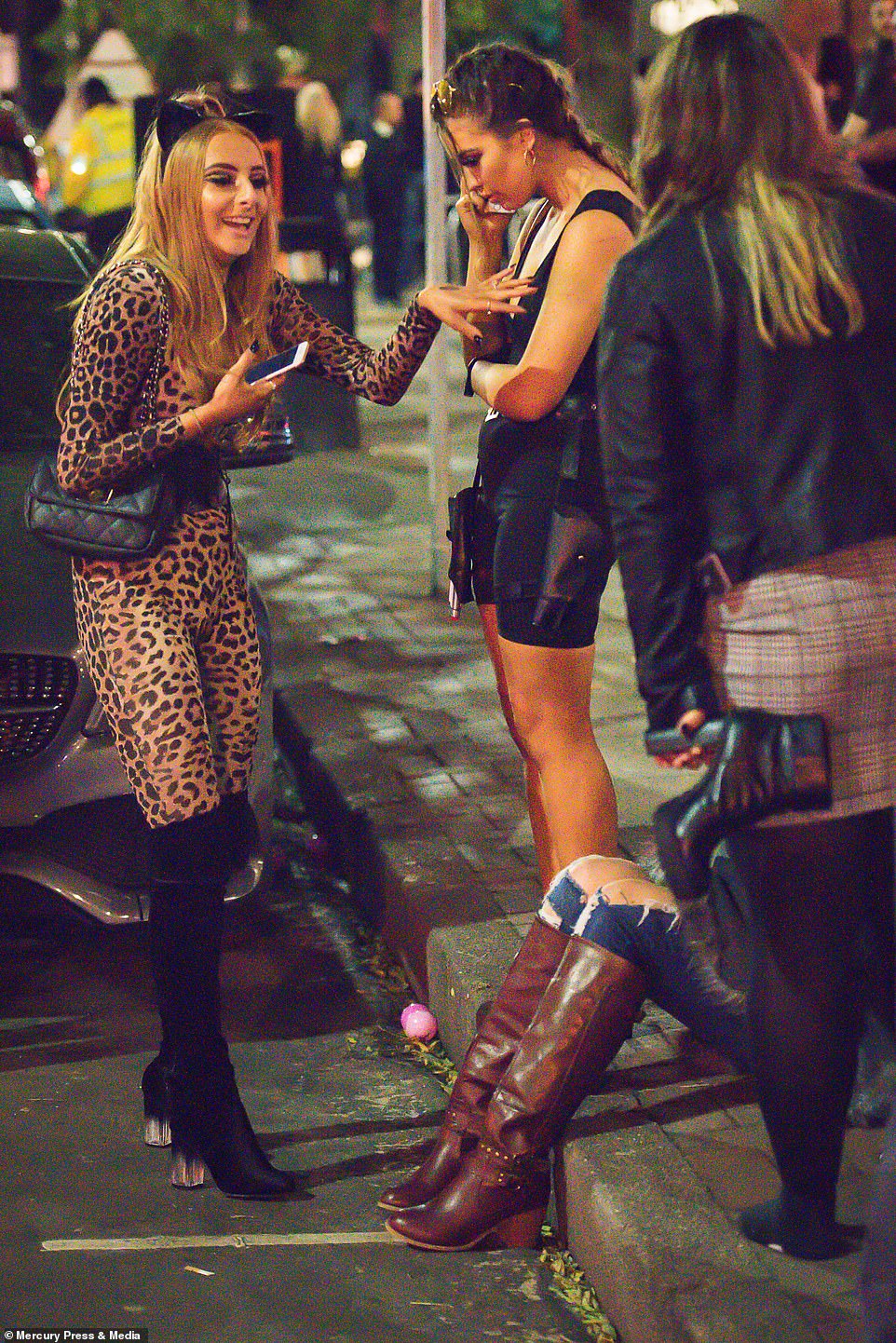 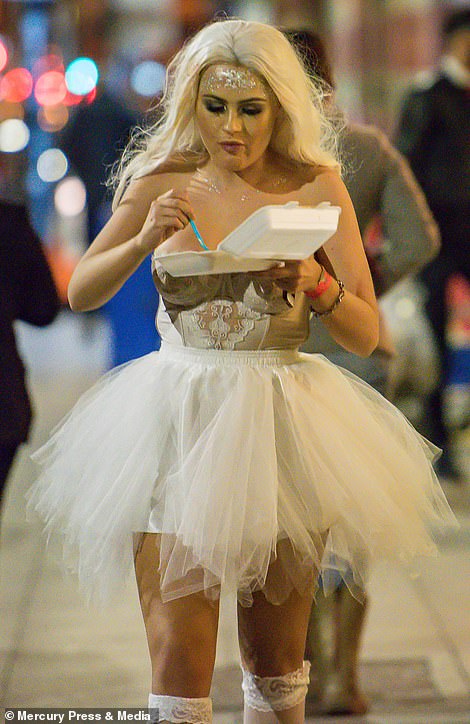 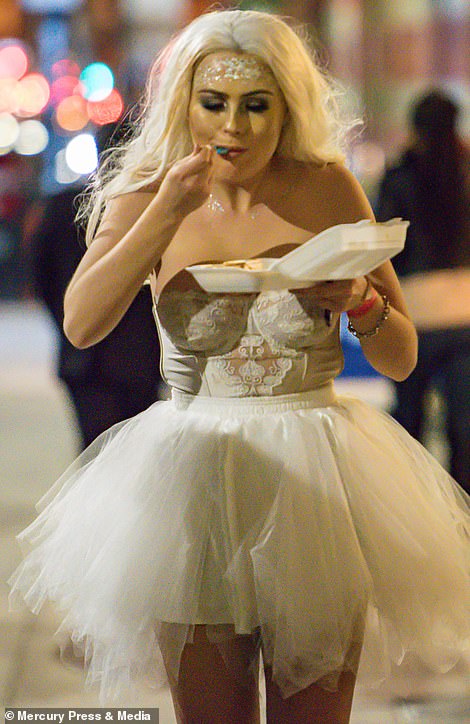 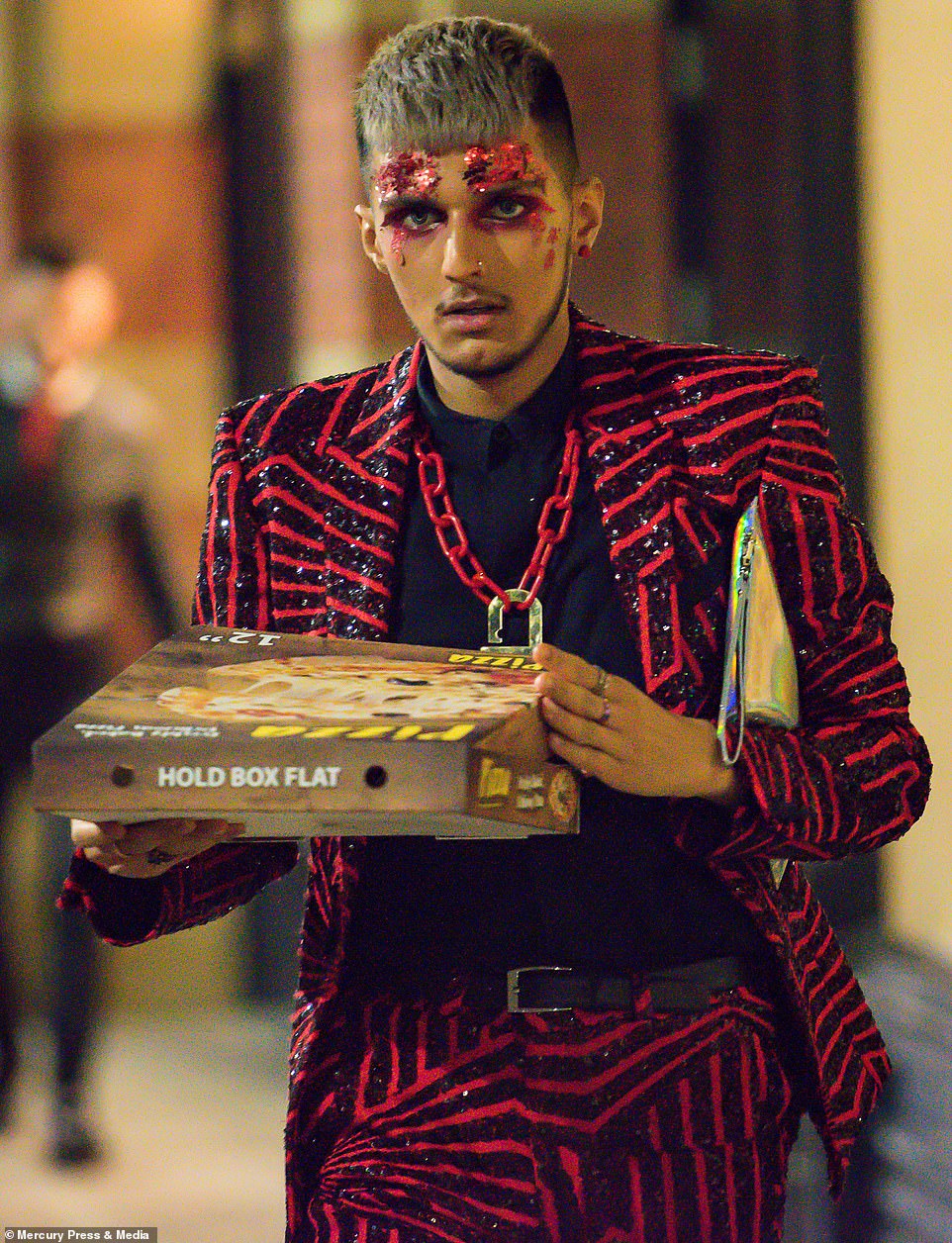 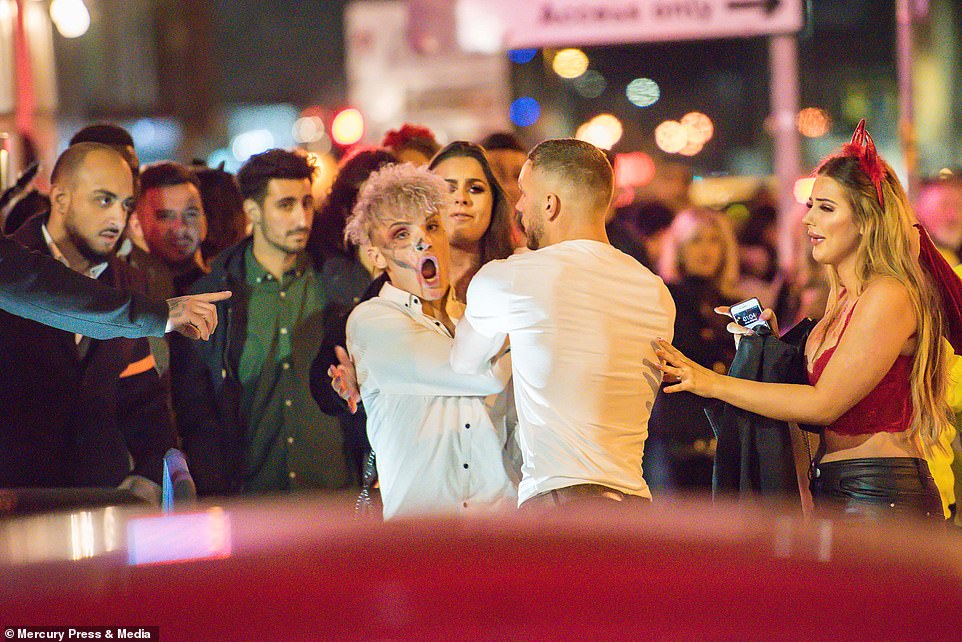 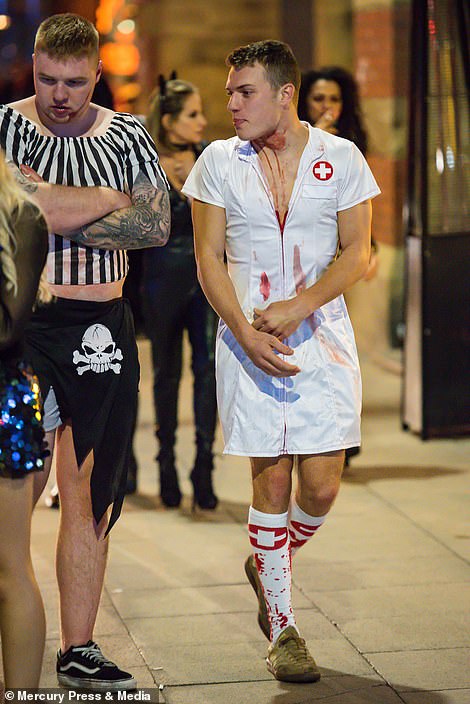 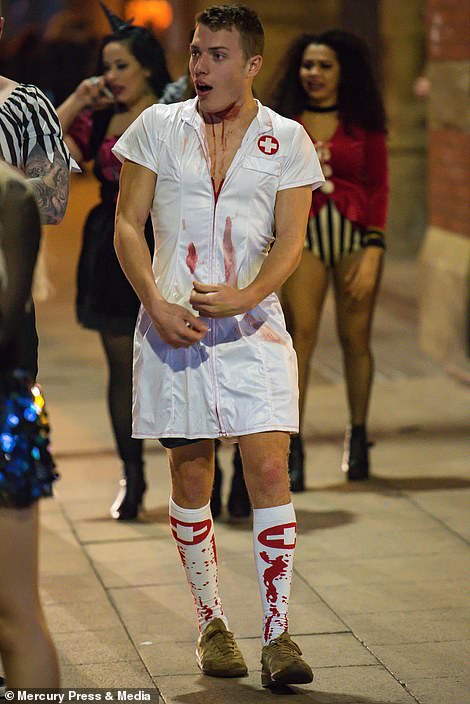