Hamilton showed non-white faces are exceptions that prove the rule

Lewis Hamilton’s video footage was a grabbed shot of paddock life that lasted only a few seconds. But had he turned his phone’s camera on the same scene at any time over the next few days it would have told the same story.

He may have alighted upon one or possibly two non-white faces, but that would have been all.

It is not entirely correct to say that nobody of non-white heritage goes inside the gates of Formula One’s inner sanctum, but those who do are the exceptions that prove the rule.

Lewis Hamilton, pictured here on Thursday, has hit out at the lack of diversity in Formula One 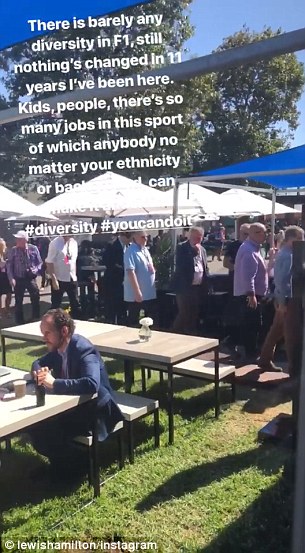 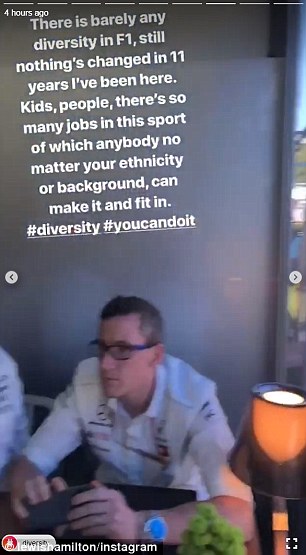 There is the random mechanic, the occasional man on the door of a hospitality area, and a single black driver in Hamilton (and there has been one previous Indonesian and two Indian racers.)

Twelve Australian grands prix after Hamilton made his debut, even his trailblazing passage has not ushered in an all-encompassing influx of creeds and colours. It is still mostly white, mostly European and mostly male.

That might be a reflection of the sport’s traditional territory in areas such as Oxfordshire and, in Ferrari’s case, northern Italy. It might also tell a wider story of the limited demographic of engineers passing through the universities.

I do not believe for a moment that there is ingrained racism or that gates are shut upon racial lines. I have hardly ever — though not never — heard comments of a racially prejudicial flavour in my time covering the sport, dating back to before Hamilton’s entry. 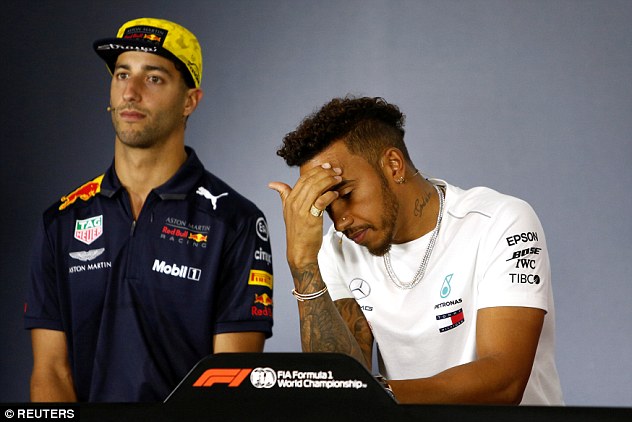 Other major sports are equally hostage to their original heartlands. High-level basketball stars are predominantly Afro-American.

Golf, notwithstanding the influx of Asian players, especially in the women’s game, is largely played by white men upon the courses of England and America. And that after Tiger Woods was meant to have blown the doors down.

It will be interesting to see if a change trickles through in a few years’ time. We also await with interest to see the ethnicity of the ‘grid kids’, who replace grid girls this weekend.

They are meant to be representative of karting stars of now and aspirant F1 drivers of tomorrow. Will they reflect a change of direction?