An activist has taken a hammer to a controversial sculpture that stands above the BBC’s Broadcasting House.

The statute – Prospero and Ariel – was made by artist Eric Gill and campaigners have long asked for it to be removed after it was revealed that Gill sexually abused his two eldest daughters.

His 1932 statue, which is inspired by Shakespeare’s play The Tempest, occupies a prominent position at the entrance to the BBC’s Broadcasting House in Portland Place, London. 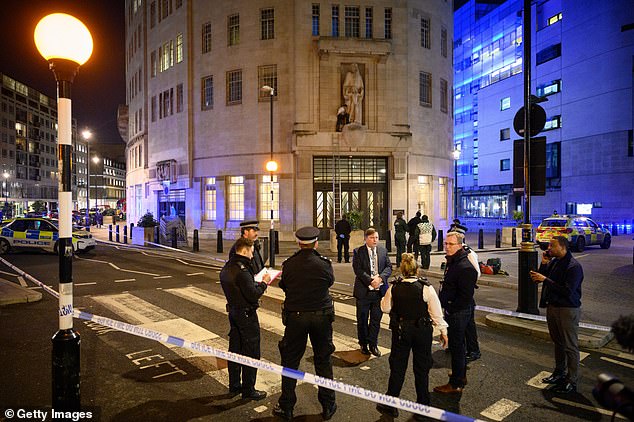 A cordon was put in place and police officers stood on guard as the man, who appeared to have used a ladder to reach the statue, began hammering away at it.

Meanwhile, another man live-streamed the incident on social media before police intervened.

Video from the scene showed the man repeatedly smashing the statue with the hammer.

It is understood the incident began at about 5pm and the Metropolitan Police have been contacted for comment.

Eric Gill was one of the most respected artists of the 20th century when he died in 1940.

However his diaries, published in 1989, revealed that he regularly abused his daughters Betty and Petra, as well as the family dog.