Hammerson has received only 40% of second quarter rent

The owner of Birmingham’s Bullring shopping centre has revealed it collected less than half of rent due in the second quarter despite the recent easing of trading restrictions in the UK.

Hammerson said only 40 per cent of total rent payments had been received by them, including 48 per cent in its UK division, around a third in Ireland, and just 23 per cent in France, where all non-essential retail stores are currently shut.

It added that it does not expect its operational performance in France to ‘materially improve’ until the latter half of the year when it hopes the last of three proposed French government state aid packages regarding rent and fixed costs is enacted.

Retail parks sale: Hammerson said it was in discussions but a sale may not be agreed in the end

The group admitted that market conditions ‘have remained challenging’ since it released a trading update in March declaring that plummeting rental income caused it to take a £2billion writedown on its estate and record a £1.7billion annual loss.

Yet, in the week since its flagship destinations in England reopened, footfall has been running at around 80 per cent of the levels seen at the same time in April 2019, and nearly 50 percentage points higher than when shops reopened last July.

Ninety per cent of the firm’s English outlets, including London’s Brent Cross shopping centre and Bicester Village, have been trading to customers since the UK government allowed non-essential retail shops to reopen.

In comparison, Hammerson’s establishments in Scotland, where tougher trading curbs are in place and stores are due to open again on Monday next week, had only 30 per cent of its stores currently trading.

Even with tough lockdown regulations in Ireland, the high share of essential retail and food and beverage stores allowed footfall to be at an average of 40 per cent of their pre-pandemic levels.

It stated: ‘The company continues to work hard with brand partners to focus on improving collection rates on agreed rents. 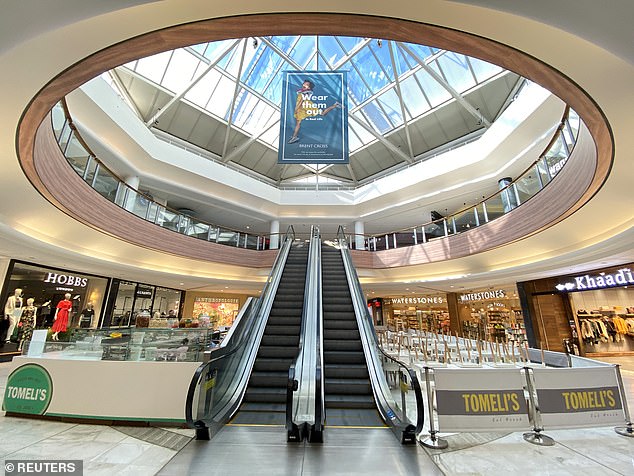 Quiet: Hammerson’s outlets include the Brent Cross shopping centre (above). The group has been severely affected over the last year because of restrictions on non-essential retail

‘Looking forward to when all occupiers are able to operate, we expect collection rates for both the current year and full-year 2020 to continue to improve as restrictions are eased across territories.’

Hammerson also separately announced that Himanshu Raja would replace James Lenton as its new chief financial officer from next week. Raja has previously held the same roles at Countrywide and security firm G4S.

Chief executive Rita-Rose Gagné said Raja is ‘an experienced CFO who brings a blend of strong financial, strategic and leadership qualities.’ He will receive an annual salary of £430,000. 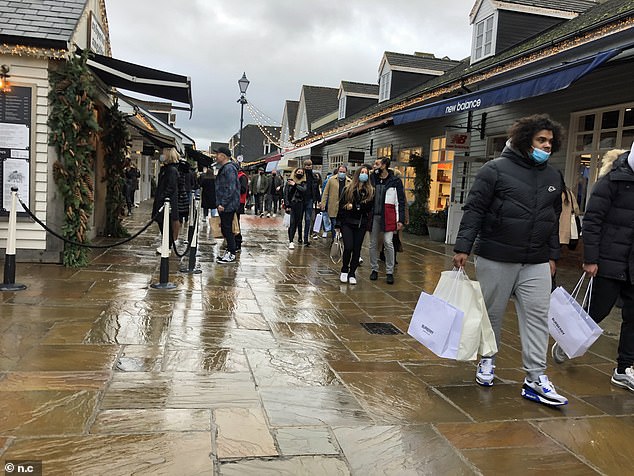 Since Hammerson’s flagship English outlets – which includes Bicester Village (pictured) – reopened, footfall has been running at around 80 per cent of the levels seen in April 2019

Raja will join the FTSE 250 business a fortnight after it revealed it was in negotiations with Canadian private equity firm Brookfield to sell seven of its UK retail parks for £350million.

These retail parks have performed comparatively better than Hammerson’s shopping centres during the Covid-19 crisis, but the company is weighed down with almost £2.2billion in debt that has worsened over the last year.

It has already sold a 50 per cent stake worth £274million in its VIA outlets business to a mutual fund and interests in two French sites to financial giant Allianz for £50.4million and raised another £552million through an emergency rights issue.

Just a few days ago, it also revealed rents for its retail tenants were being slashed by 30 per cent in order to try and revive business following the year of lockdown restrictions.

Shares in Hammerson were down 5.1 per cent to 36.1p just after midday.